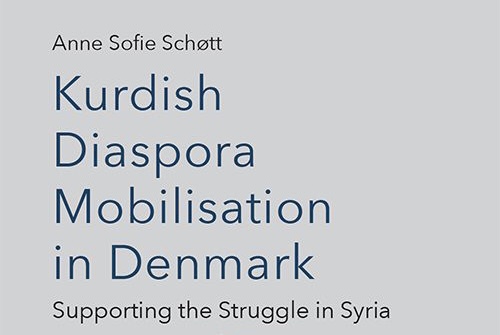 Anne Sofie Schøtt contributes to our understanding of mobilisation and identity formation in the periphery of the Kurdish diaspora by examining the small but well-established community in Denmark. Arguing that the Danish authorities treat the diaspora differently in comparison to neighbouring Sweden and Germany, Schøtt examines the political lobbyism, the courtroom activism and the humanitarian action of the various Kurdish diaspora groups. She examines the position of the Syrian Kurds within the diaspora who, like the Kurds in Syria, have been largely ignored until recently.

Schøtt also provides new knowledge on diaspora engagement in war in the homeland by analysing the strategic interaction between the Danish authorities and the Kurdish diaspora community – both engaged in the war against Islamic State, but on different terms.

Anne Sofie Schøtt is Assistant Professor at the Royal Danish Defence College. She has been teaching conflict and strategic studies for several years at the Royal Danish Air Force Academy focusing on the Danish international military interventions. In 2019, she received her PhD degree from the University of Copenhagen defending her thesis on Kurdish diaspora mobilisation in Denmark.