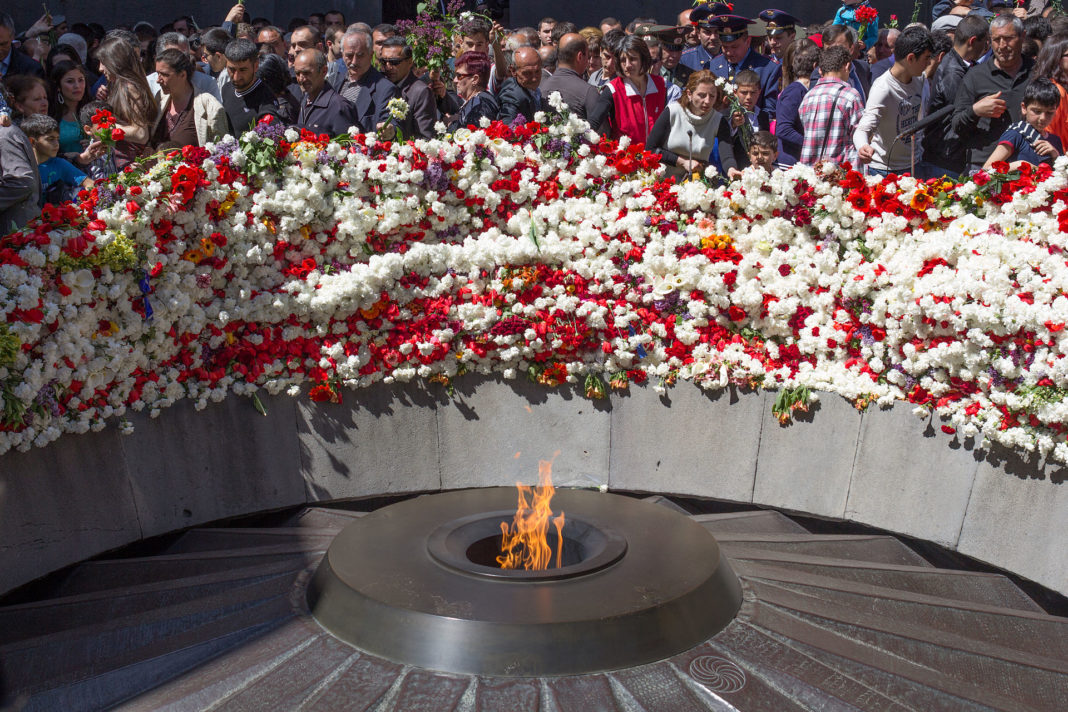 Biden’s recognition of the killing and deportation of Armenians as genocide has caused outrage in Turkey. Dealing with a nation’s past is immensely complex. It can only be done by a country’s leaders and citizens.

Well before November 3, 2020, it was clear that a Biden-Harris presidency would be a principled one, firmly anchored in democracy and justice, human rights, and the rule of law.

Since U.S. President Joe Biden’s Inauguration Day, these principles have been applied by the White House, from George Floyd’s death to the case of Russian opposition leader Alexei Navalny, from Belarus to the Uighurs, from access to coronavirus vaccines to the economic recovery plan. On these matters, the page has been turned on the Donald Trump presidency.

The latest reflection of the current administration’s principles is Biden’s statement on April 24, Armenian Remembrance Day: the killing and deportation of 1.5 million Armenians beginning in 1915 amounted to genocide.

The language used in the statement is careful and precise. It refers to atrocities in Constantinople during the Ottoman era and then turns to the future, sending the message that the U.S. is not casting blame on today’s Turkey but rather trying to “ensure that what happened is never repeated.”

The general notion of honoring the victims’ memory in order to “remain ever-vigilant against the corrosive influence of hate on all its forms” is repeated no less than five times in Joe Biden’s statement.

As seen from Brussels, the Biden statement shows a distinct convergence with the European Union, where the “never again” motto has been the founding principle since the Schuman Declaration of May 9, 1950.

In the eyes of older Europeans, the statement also sends a timely message to the younger citizens of America and Europe who could be tempted to forget the atrocities of World War II. It evokes the historic gestures of successive French and German leaders: Konrad Adenauer visiting Charles De Gaulle in 1958, Willy Brand kneeling down in Warsaw in 1970, Helmut Kohl holding hands with François Mitterrand in Douaumont in 1984. And it matches Emmanuel Macron’s constant focus on historical memory.

Most of Turkey’s citizens and politicians are not likely to be impressed by Joe Biden’s statement. On the contrary, a vast majority immediately rejected it and Turkey’s president has called it “baseless, unjust, and untrue.”

Such outrage should come as no surprise. The events between 1915 and 1923—from the fall of the Ottoman Empire, the carving up of the country in the never-ratified Sèvres Treaty, Mustafa Kemal’s war of independence, the Lausanne Treaty, to the proclamation of the Republic in 1923—are the cornerstones of today’s Turkey.

This outrage over Biden’s statement might be brief or long-lasting, but Turkey will not change its position, especially as the centennial celebrations of the Republic are approaching. Dealing with one’s past is an immensely complex process, which can only be done by the leaders and citizens of a given country. Foreigners generally have little influence on it.

Turkey’s strong reaction will not make the U.S., many European states, or Russia change their views on the Armenian genocide. On April 26, Turkey’s president declared “we now need to put aside our disagreements and look at what steps we can take from now on”, signaling a willingness to move on.

Therefore, in the short-term, a tacit “agree to disagree” acknowledgement is probably the best off-ramp. The political dialogue between Washington and Ankara will shift to other crucial subjects.

Indeed, U.S.-Turkey relations will likely be shaped by the security sector, not statements about the past. The central issue is the new situation created for the United States, for Europe, and for NATO as a whole, by Turkey’s deployment of Russian-made S400 missiles.

For all the talk of Ankara’s freedom in striking a balance between East and West—meaning not being “locked” in the transatlantic alliance and being free to procure weapons from whomever it decides—the stark reality is that the S400 purchase has provided Russia with three major strategic benefits.

First, it prevents a permanent deployment of U.S.-made Patriot missiles on its southern flank.

Second, it eliminates the prospect of seeing up to 120 F35 stealth aircraft deployed by Turkey—one hundred F35 on land bases, twenty F35b on the Anadolu helicopter carrier—which would have constituted an ominous challenge on its southern flank.

From the standpoint of Russia, which often invokes the risk of a “NATO encirclement,” these are momentous achievements.

For Turkey, seeing its air force deprived of so many advanced stealth fighters and its military industry lose billions of dollars of subcontracting business is a massive failure. It affects the country’s standing as a military power and as a high-technology center.

Viewed from a Western European and American security perspective, this new situation inevitably creates a significant loss of trust in Turkey, which is a major NATO partner.

With its historical narrative being challenged as much as its strategic relationship with NATO, Ankara will need to find some rapprochement with a U.S. administration that puts principles and strategic issues so high up on its agenda.