What’s in a Name? Why Turkey Is Now Türkiye – AFAR 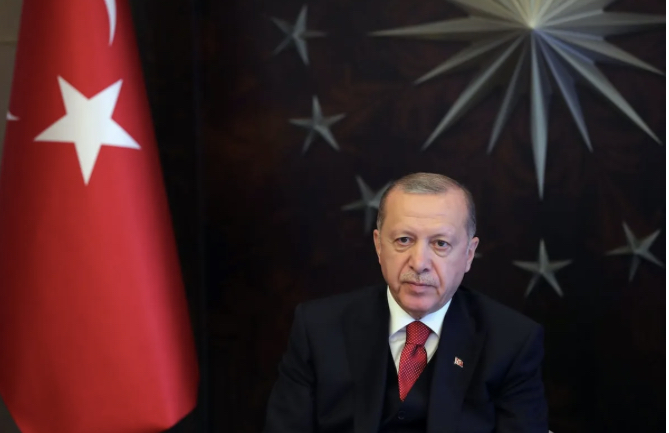 “Bir Türkiye is the latest country to attempt a rebrand. What motivated the move?” asks Jeri Clausing in AFAR.

Türkiye wants its name back.

Nearly 100 years after becoming an independent republic, the country more widely known globally by its Western name, Turkey, is moving to reclaim its rightful identity on the global stage.

Turkish President Recep Tayyip Erdogan last month announced an official rebranding, saying “The phrase Türkiye represents and expresses the culture, civilization and values of the nation in the best way.”

He also instructed that all goods made in the country be labeled as “Made in Türkiye,” something many brands have been doing since the Turkish Exporters’ Assembly called on its members to make the change in 2000.

Some media outlets reported that the name change, which Erdogan said would be used in all formal communications and has been adopted across its government websites, is being made to simply distance itself from the bird that graces American Thanksgiving tables and the even less glamorous dictionary and slang definitions of “turkey” as “something that fails badly” or a “dud” or “fool.”

Locally, it seems the Turks don’t really care. Turks have called their country Türkiye (which is pronounced almost the same as Turkey but with a soft “e” on the end) since the country declared its independence in 1923 after the Ottoman Empire was dismantled following its defeat in World War I. But Turkey stuck in English translations, even within the country itself.

While some government officials applauded Erdogan’s announcement on social media, others made jokes, painting it more as a symbolic—yet ineffective—distraction as Erdogan preps for the 2023 elections amid a widespread political and economic crisis.

Ata Benli, a popular social media personality, joked that “the move would bring the lira back down to 5 to the dollar.” The Turkish lira slid almost 8 percent against the dollar last month and currently stands at 13.8 to the dollar. Others joked that it was the only recent move by Erdogan that wouldn’t help the falling exchange rate.

Name changes the world over

Regardless of the motives, Türkiye is hardly the first destination to change its name. Some countries have done so for political reasons, others for clarity, some to shed colonial-era names and some, like Türkiye, simply for broader recognition of their authentic identity.

Swaziland, for instance, in 2018, officially become Eswatini. Eswatini means “place of the Swazis” in the Swazi language and is the name that was already commonly used there.

In 2020, the Netherlands dropped the use of its more widely recognized name of Holland, officially rebranding under its original name as part of a move to update its global image and eliminate confusion created by the two different names.

In India, the right-wing Hindu nationalist party Shiv Sena changed the name of the city of Bombay, the country’s largest metropolis, to Mumbai in 1995 after winning control of the government in the state of Maharashtra. The party had tried for years to change the name, arguing that Bombay was a corrupted English version of Mumbai (used to refer to the Hindu goddess Mumbadevi) and an unwanted legacy of British colonial rule. And that name has since been globally recognized. Similarly, Calcutta became widely known as Kolkata.

Less successful has been an effort by the Czech Republic to be called by the shorter Czechia, much like France is known by one word rather than the official French Republic.

“I use the word Czechia because it sounds nicer and it’s shorter than the cold Czech Republic,” President Miloš Zeman was quoted as saying in 2013 when he was first elected and began the campaign to change the name, which was made official in 2016. While the shorter name has been accepted by the United Nations and the European Union, it hasn’t really caught on—and it’s been criticized as sounding too much like Chechnya.

Many of the country name changes that have been implemented over the past century have been adopted to shed colonial references. Rhodesia, for instance, became Zimbabwe after gaining independence in 1980. Sri Lanka, formerly named Ceylon by the British Empire, dropped all references to Ceylon in 2011, more than 50 years after gaining its independence.

Cambodia has changed its name several times over the past 70 years as governments changed hands. From 1953 to 1970, the country was known as the Kingdom of Cambodia, then Khmer Republic until 1975. While under communist rule from 1975 to 1979, it was called the Democratic Kampuchea. As it transitioned away from communism under the United Nations from 1989 to 1993, it became the State of Cambodia. That was changed to the Kingdom of Cambodia in 1993 after its monarchy was restored.

Among other notable changes in recent decades: Burma became Myanmar by the ruling military junta in 1989, a year after thousands were killed in the suppression of a popular uprising. The change was recognized by the United Nations and by countries such as France and Japan, but not by the United States and the United Kingdom, which refused to recognize the legitimacy of the ruling military government or its authority to rename the country.

Given the minor differences in spelling and pronunciation between Türkiye and Turkey—and the lack of any major underlying political or governmental changes behind the shift—only time will tell if Türkiye sticks.