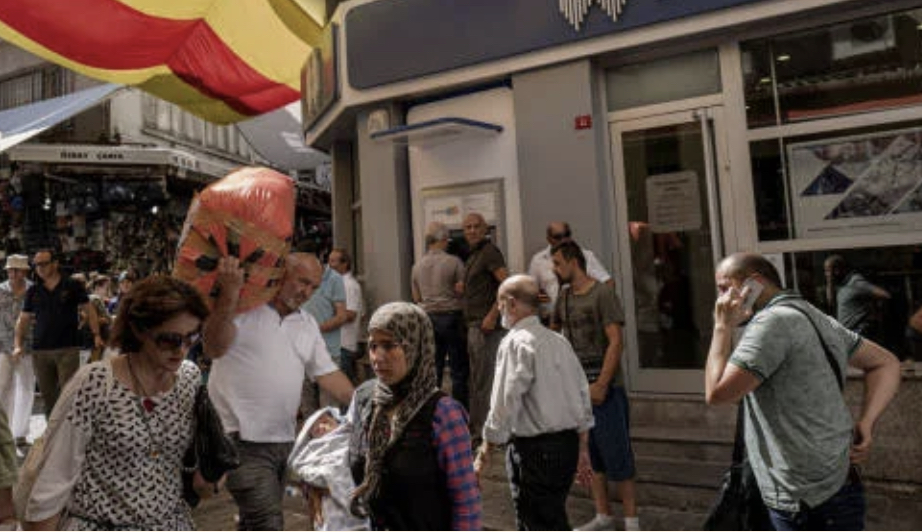 “More Turks now believe an opposition alliance is better suited than President Tayyip Erdogan and his ruling AK Party (AKP) to end the economic turmoil that has engulfed their country, according to a slew of opinion polls published this month” says Ali Küçükgöçmem in Reuters.

Under pressure from Erdogan and despite high inflation, the central bank has slashed interest rates by 500 basis points since September, triggering a currency crisis that saw the lira plunge last month to 18.4 to the dollar, its weakest level ever.

Inflation has jumped to a 19-year high of 36%, seriously eroding earnings, especially of working and lower middle class Turks who form the electoral base of the Islamist-rooted AKP.

The government has introduced fiscal measures to ease the currency volatility, but the lira is still 46% weaker than a year ago and Erdogan, who wants to boost exports and credit, has refused to change course despite growing public discontent.

Surveys by Metropoll Research show the approval rating for Erdogan, who has led Turkey for 19 years and faces elections by mid-2023, is its lowest since 2015, at 38.6%. His popularity trails that of three potential presidential rivals, they show.

The main opposition Republican People’s Party (CHP) had 22.9% support and its IYI Party ally had 10.3%, while the pro-Kurdish Democratic Peoples’ Party (HDP) had 9.4%. More than 11% were undecided.

Around two thirds of respondents told Sosyo Politik the economy was Turkey’s biggest problem. More than half said the government’s recent measures would not improve the economy.

A second Metropoll survey showed 36.7% believed the opposition coalition was best placed to manage the economy against 35.4% for AKP-MHP.

Around 38% of respondents said they admired Erdogan – who received more than 52% in the 2018 presidential election – while Ankara Mayor Mansur Yavas and Istanbul Mayor Ekrem Imamoglu, both from the CHP, scored 60% and 51% respectively.