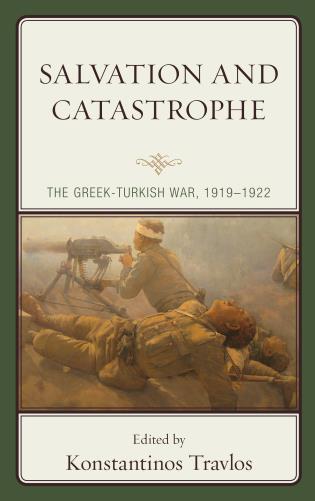 “The Greek-Turkish War of 1919–1923—also known as the Western Front of the Turkish War of Liberation and the Asia Minor Campaign—was one of the key aftershocks of the First World War. Internationally better known for its aftermath, the Compulsory Population Exchange between Greece and Turkey, the Catastrophe of Ottoman Greeks, and the foundation of the Republic of Turkey under Mustafa Kemal Atatürk, the war has never been given a holistic treatment in English, despite its long shadow over the Greek-Turkish relationship. The contributors in this volume address this gap by brining to the fore, on its centenary, aspects of the onset, conduct, and aftermath of this war. Combining insights from the study of international relations, political science, strategic studies, military history, migration studies, and social history the contributions tell the story of leaders and decisions, battles and campaigns, voluntary and involuntary migration, and the human stories of suffering and resilience. It is aspects of the story of the last gasp of the Great War in Europe, brought to its final end with Treaty of Lausanne of 1923. “

Chapter 2: Profiling the Political and Military Leaders of the War

Chapter 3: The Correlates of Obsession: Selectorate Dynamics and the decision of Venizelos for military intervention in Asia Minor

Chapter 4: The Asia Minor Catastrophe: The causes of the Greek defeat.

Chapter 5: The Greek Military Strategy in the Asia Minor Campaign, 1919-1922: An Application of Clausewitz’s Theory on Culmination

Chapter 7: Legacy of the Stormtroop: The Influence of German Assault Troop Doctrines in the Great Offensive

Chapter 10: The Greek-Turkish War and the Waves of Migration: Redemption or Devastation?

Chapter 11: The Tale of Karamanlıs: Inbetween the Two Worlds

Chapter 12: Between Memories of Persecution and Refugee Experience: The Armenians in Greece in the Aftermath of the Greek-Turkish War