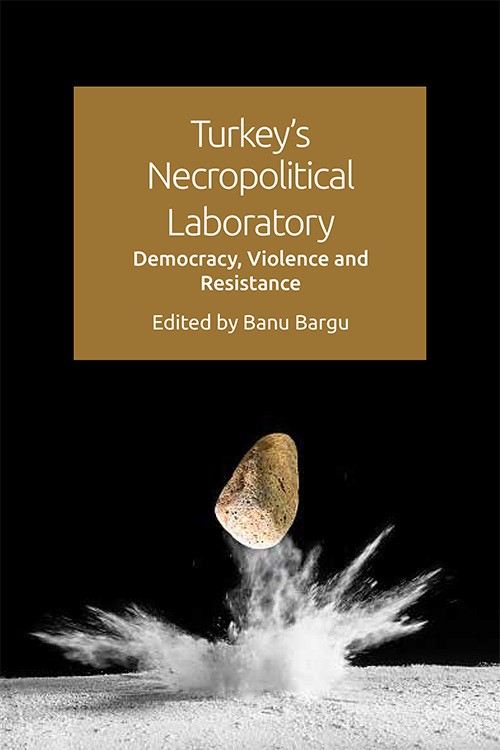 “Turkey’s Necropolitical Laboratory: Democracy, Violence and Resistance” published in October 2019 by The Edinburgh University Press. The book is edited by Banu Bargu, an Associate Professor at the University of California.

“Analyzing Turkey’s precarious democracy from the perspective of its entwinement with violence, the book brings together 11 case studies that take up different forms of violence which collectively shed light on the contradictions and limitations of Turkey’s democracy. It also zooms in on themes such as martyrdom, counterinsurgency warfare, enforced disappearances and conscientious objection; sites such as emergency zones, cemeteries, monuments and borderlands; and institutions such as prisons, courts and the army as well as draws on historical, discursive, and ethnographic approaches. In addition, it gathers contributors from disciplines including political theory, philosophy, anthropology, sociology, history, international relations, gender studies and sexuality studies and speaks to the broader research programme on violence in the critical humanities and social sciences.

This book makes a strong case that Turkey’s regime and its vicissitudes are dependent on a necropolitical undercurrent. Building on the insights of critical and contemporary theory, the essays address the multiple ways in which lives are brought into the fold of power. Once there, they are subjected to mechanisms of death and destruction, and to modalities of infrastructural violence, strategic neglect and exposure. This produces new forms of impoverishment, inequality and disposability.”

2. ‘These are Ordinary Things’: Regulation of Death under the AKP Regime
Onur Bakıner

3. ‘They Wrote History with Their Body’: Necrogeopolitics, Necropolitical Spaces and the Everyday Spatial Politics of Death in Turkey

4. Neither Civilian, Nor Combatant: Weaponised Spaces and Spatialised Bodies in Cizre
Haydar Darıcı and Serra Hakyemez

5. The Necropolitics of Documents and the Slow Death of Prisoners in Turkey
Başak Can

Part III: Political Afterlives: Governing The Living And The Dead

11. The Cemetery of Traitors
Osman Balkan