Study on the violations against academics for peace in turkey 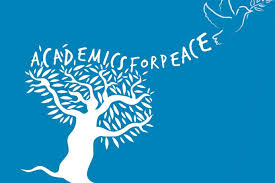 On the occasion of Human Rights Week in Turkey, online newspaper Bianet shared the story of Academics for Peace based on the two reports by the Human Rights Foundation of Turkey (TİHV) Academia, namely “State of Emergency of University: A Study on Destruction of Academic Environment” and “Discharges of Academics: Rights Violations, Losses and Processes of Trauma and Empowerment”. Bianet provided the findings with some statistical data about the victimizations of the affected academics based on certain categories. The results of the study can be read below.

On January 11, 2016, several academics from across the country signed a declaration about the curfews in the Kurdish provinces of Turkey. The declaration entitled “We will not be a party to this crime” requested an end to civilian deaths and the establishment of peace.

In 3 years, 68.8 percent of the academics facing rights violations for signing the peace declaration have trouble sleeping, 61.9 percent have concentration and attention deficit, 58.3 percent have affective withdrawal or collapse, 17.4 percent have shortness of breath.

406 Academics for Peace were discharged from public service by Statutory Decrees that were issued within the scope of State of Emergency, which was declared on July 20, 2016 in the wake of July 15 coup attempt and remained in force for two years.

Being discharged from public service has led to some common legal consequences and violations of rights for all discharged public officers. Manifesting that each right violation led to yet another violation – which, in a sense, brought about a circle of violations -, the report has shared the following observations:

The discharges which do not have anything to do with any objective criteria or individual evidence violated the “right to a fair trial” and “presumption of innocence” guaranteed by the Declaration.

As the discharged academics had difficulties in finding legal and administrative authorities that they could address their objections to, a new Statutory Decree completely prevented the academics from appealing to court for objections, thereby violating the “right to an effective remedy by the competent national tribunals” guaranteed by the Declaration.

CLICK – Constitutional Court: We Could Disagree with Signatory Academics

The passports of discharged academics were confiscated, again in violation of the UDHR article on “freedom of movement”. The academics’ right to “a standard of living” was similarly violated as they were prevented from leading a life compatible with human dignity.

There were no ongoing investigations or prosecutions against most of the academics at the time of their discharge. However, Academics for Peace were frequently targeted by high state officials and they made the headlines in mainstream media outlets, sometimes with their pictures. The threats and attacks that they faced violated their right to life, liberty and security guaranteed by the UDHR.

Academics for Peace were targeted, subjected to smears and lynch on social media, threatened and attacked, faced investigations and discharges. That being the case, their call for peace resulted in a traumatic process.

After the peace declaration was shared with the public, academics were subjected to political violence, which is “a type of violence inflicted by states, organized communities or groups on other states or on the people that live within the borders of their own state (predominantly on civilians) for the sake of political purposes.”

The losses of job caused by political violence triggered economic losses; the academic impediments in pre-discharge period triggered academic losses with the onset of discharge process; the spiral of social losses and rights violations-trauma-losses triggered health effects/health problems that were mentioned by the academics.

With their right to work violated and directly targeted from a wide spectrum of people, including the top political figures, Academics for Peace had to have more than one job so as to make a living and sustain their lives.

CLICK – Academics for Peace: We Request Our Unconditional Reinstatement

Called “terrorists”, “traitors” or “colonial academics” by people ranging from the top state figures to academic circles and, thereby, being declared “objectionable” in a sense, Academics for Peace had to find jobs and work in extremely precarious, insecure and challenging conditions. What they usually did to make a living under these conditions was basically to multiply their sources of income.

Yet another consequence faced by the academics was the impediments to their academic works:

* Their domestic and international academic assignments were cancelled, their research permissions, incentive funds and publication grants were not given.

* Academics for Peace were removed from councils and commissions regardless of meritocracy as “a way of discredit, derogation and punishment.”

* They were suspended from duty without being notified.

* They were not employed as permanent staff.

* Some universities, including the foundation (paid) universities, dismissed Academics for Peace by not renewing their contracts.

* Their scientific research projects were cancelled.

* Their applications for Associate Professorship were suspended.

* Their MA thesis advisory was cancelled.

* After they were discharged from public service, several Academics for Peace had to move out of their districts and neighborhoods or move in with their families, which had a direct impact on their social lives.

* All of the Academics for Peace that the TİHV consulted for the report were of the opinion that they were blacklisted by the state. Academics developed doubts and insecurity towards the society as a result of practices of isolation, discrimination, rejection and closure/arrest caused by extensive methods of oppression such as being targeted by the media, arrested due to their social media posts, losing their jobs or being arrested after they were reported and the use of these methods as a means of daunting and intimidating the public.

* Health problems, or losses of health, were also among the consequences suffered by the academics as a result of rights violations that they faced.

The report has also shared observations regarding the relationships that the discharged academics developed with each other and different segments of society as well as how these relationships contributed to their processes of overcoming trauma:

* 64 percent of the academics referred to a political struggle as an element of this relationship, which also helps to share the legal processes (88 percent).