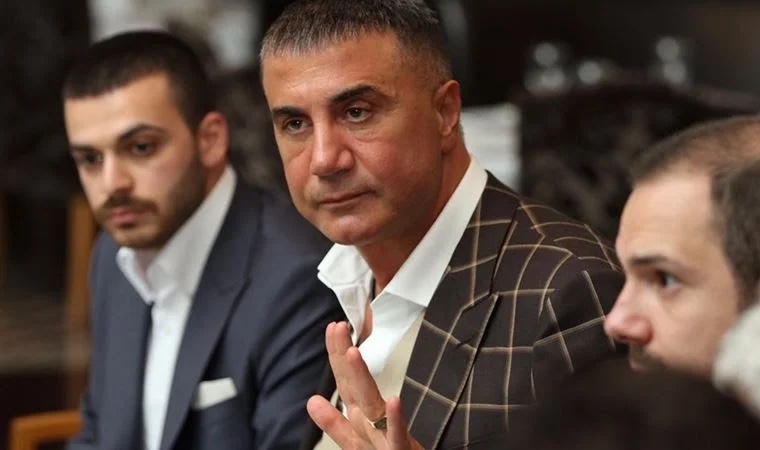 Exiled Turkish mafia boss Sedat Peker continues to come up with allegations concerning deep state secrets. Peker’s words conjure memories of Turkey’s past support of paramilitary groups, militarization, and the use of drones in President Erdoğan’s foreign policy. He gives the impression that he is holding secrets that may harm the state. Perhaps Peker is hiding the most crucial information for a final hand.

Exiled mafia boss Sedat Peker is holding onto information about Turkey’s government within his now-viral YouTube video series. Perhaps it is The situation described in the videos of exiled mafia boss Sedat Peker, via his rhetoric and carefully planned tactics, includes those primary characteristics of the ruling People’s Alliance. While the style of Erdogan’s Justice and Development Party (AKP) is already mafia-like, Peker’s allegations have resulted in a feud within the government. It seems as though, the sewers, which used to only drip into our streams, are now gushing. In each new video, Peker reveals new stones of the ‘path to success’ of the AKP, which were previously unknown.

Peker’s words also conjure memories of Turkey’s past support of paramilitary groups, militarization, and the use of drones in our foreign policy. So far, he has only given the impression that he is holding secrets that concern President Erdoğan and may harm the state. Peker said he has reviewed international law and is thus presenting himself as being “ready to sacrifice himself for the survival of the mighty state.” He is not sharing any information that could harm this mental image, at least for now. Depending on the course of negotiations, Pandora’s box could be opened wider.

Perhaps Peker is hiding the most crucial information for a final hand.

Perhaps it is information on the aid sent to armed groups in Syria and those who brokered the deal and their logistic hubs. We don’t yet know how far he is willing to go. It is the National Intelligence Organization (MİT), Turkish Armed Forces (TSK), local authorities, municipalities, and organizations that look like NGOs which have been involved in contributing to the armed rebellion in Syria. This involvement points to crimes against humanity, war crimes, support for terrorist organizations, and ethnic cleansing.

The role of those Syrian-linked individuals in those massive explosions in Suruç, Diyarbakır, and Ankara also provided the tension the government needed. Peker already admitted to threatening the ‘Academics for Peace’ petition supporters and signatories. He used social media to say that he was going to take shower in their blood. Now, in his recent series of videos, he said, “All the things I said about blood were in favor of the government at the time. Because, then, a climate of fear was being created.”

Although Peker talks about the dark days of the 1990s, he does not refer to the aftermath of 2013, which he likely knows a lot about.

The militias used as war tools were eventually transferred to Libya and Karabakh. Their transfer to Yemen was also used to lure-in the Saudis. As this is an illegal venture from top to bottom, why are they offended when our foreign policy is called mafia-like? Using Syrian refugees as a means to blackmail Europe is consistent with the codes of the political mafia, right?

Now we come to drones and combat drones. In his third video, Peker claimed that Turkey donated drones (unmanned aerial vehicles) to Morocco in order for them to extradite him (Peker). If the drones were donated, or ever if donation was only offered, this shows that the issue of drones, which has become a pillar of Turkish militarization in our foreign policy, has evolved into a tool of bribery.

The drones that Erdoğan prioritizes the production of are now at the center of Turkey’s foreign relations.

Since their unveiling in Syria, Iraq, Libya, and Karabakh, new markets have been sought for the Bayraktar B2 combat drones. With all his foreign contacts, Erdogan begins the conversation with “Let us give you drones and combat drones.”

Recently, a chapter on combat drones was opened in relations with Poland. Erdoğan hosted Polish President Andrzej Sebastian Duda and a deal was signed regarding the sale of 24 Bayraktar TB2s to Poland. Erdoğan was proud to mention that, “For the first time in its history, Turkey will export drones to a NATO and an EU member state.” He said in March that the Saudis were also interested in combat drones. Foreign Minister Mevlüt Çavuşoğlu also offered to sell them to Russia, which considered the combat drones given to Ukraine a threat.

I am not against the advancement of the defense industry. I am pointing to the logic of designing all foreign relations around drones. This stance drives Turkey toward being a part of wars and crises that it is not a party to. For example, Erdogan is eager to sell combat drones to the Saudis who have made Yemen a living hell. He has offered military capabilities to the Ukraine, which sought to use them in the Donbas region and Crimea at the expense of a possible Russian wrath. Russian Foreign Minister Sergey Lavrov’s warning, issued on May 24, was serious enough: “We strongly recommend our Turkish colleagues to carefully analyze the situation and stop fueling Kyiv’s militaristic sentiment.” He said that encouraging “aggressive” Ukrainian actions towards Russian-annexed Crimea amounted to an encroachment on Russia’s territorial integrity. “We hope Ankara will adjust its line based on our legitimate concerns.”

Why is Erdoğan so involved with drones?

He is using the same logic he used in response to U.S. concerns regarding Turkey’s purchase of the S-400 missile system. This time, Erdoğan is involved in Bayraktar TB2 drone games that have the potential to drive Russia crazy, in order to mend relations with the U.S. He will likely use the latest development with Poland during his talks with Biden, referring to it as strong NATO partnership. After all, these are all in preparation for the Biden-Erdoğan meeting on June 14.

The Erdoğan administration, which has been openly questioning NATO partnership until recently, is now only left with the option to shake hands with the United States. Warsaw has been pitching itself as NATO’s front line against Russia. Erdoğan aims to moderate Turkish-American relations with a hawkish stance on Ukraine, which he assumes will please the west. It is not any different than what he is trying to do with Poland. He is hoping to both strengthen his position within NATO and gain partners against foes within the EU.

While relations with the EU have derailed from the prior aim of full membership and while they have been linked to threats and blackmail, Poland is no solution to our problems. Poland is an EU member and it has not vetoed any embargo decisions against Turkey. No one in Warsaw wants to define their EU relations via Turkey.

Peker also reintroduced unusual relations with Venezuela in the context of it being the new route for cocaine trafficking. The extraordinary factor was that a similar mechanism was being set up here, in violation of U.S. sanctions on Iran via the state-owned Halk Bank. It was an issue of processing Venezuela’s gold in Turkey. Everything is possible as long as the pockets of those in power are stuffed.

What we are witnessing is the full adoption of a mafia style and energy within the executive branches of Turkey’s government, more deeply rooted than ever. The inside reflects upon the outside. If one stops to ponder who Peker is and what he represents, a silhouette of the government is revealed in him. Peker is using his last hand of cards in exile, but those he has been comrades and stakeholders with and who have shared roles with him are the same ones who remain at the helm using the same style, tactics, language, spirit and the audience.

*This article was written before Sedat Peker’s last YouTube video released on May 30, in which he claims Turkey sent weapons to al-Nusra in Syria in 2015 through SADAT, a shady paramilitary group formed by President Recep Tayyip Erdoğan’s former advisor.

"Erdogan's New York trip was mainly aiming to boost his dwindling support at home, yet the trip has apparently failed to achieve its main...
Read more

Maureen Freely on "How a Writer Gets Erased From Literary History" on Literary Hub. By the time she turned 16, Suat Derviş had witnessed the...
Read more
OBSERVATOIREDE LA TURQUIE CONTEMPORAINE