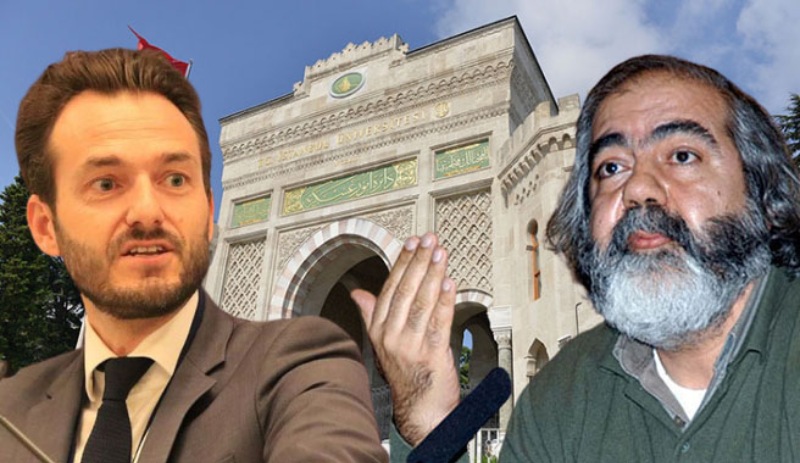 The president of European Court of Human Rights (ECHR) Robert Spano is coming to İstanbul today to receive the title of honorary doctorate from Istanbul University.

Journalist and academic Mehmet Altan, who was one of the academics dismissed from his job at Istanbul University with an emergency decree and spent nearly two years behind bars, wrote an open letter to Robert Spano. “The people who will be giving you an honorary doctorate are the very people who dismissed me and many other academics,” Altan wrote. “Under normal circumstances, of course it would be pleasing to hear that you will be visiting Turkey. Unfortunately, that’s not the case.”

Full text of the letter is as follows:

My open letter to Robert Spano, the president of the European Court of Human Rights

There are more than sixty thousand individual applications that have been lodged from Turkey to the European Court of Human Rights. Turkey ranks second after Russia when it comes to violations of rights.

As you know, I am one of the citizens of the Republic of Turkey whose constitutional rights were disregarded. I said as you know because my application was reviewed by the 2nd Section, which at the time was under your presidency.

On 20 March 2018, the 2nd Section of the ECtHR, presided over by you, set a precedent in universal law and ruled that my right to personal liberty and security and my freedom of expression had been violated. Turkey was convicted.

I thank you and the Court you now preside over for this judgment. Law prevailed.

Your judgment concerning me has a place in ECtHR’s history:

Ergin Ergül, who was appointed on behalf of Turkey to that case and was the only judge dissenting, put forward such arguments that you wrote “a dissenting vote” against a dissenting vote, for the first time in the history of ECtHR, if I am not mistaken. And the other members followed you.

It was announced that on September 3 2020 you will be visiting Turkey as the Minister of Justice’s guest.

But what took me aback was to find out that you will be receiving an honorary doctorate from Istanbul University.

I am reminding of the detail above exactly for this reason, to give information on the state of “the judiciary” and “law education.”

I wonder if you keep in mind that Ergin Ergül, against whom, in the name of universal law you found yourself having to cast a dissenting opinion, is a graduate of Istanbul University which will be awarding you an honorary doctorate?

Your secretariat certainly must have informed you that Istanbul University had given an honorary doctorate of law to Kenan Evren too.

I taught for 30 years at Istanbul University, where you will be receiving a “honorary law doctorate.” And I became a professor there 27 years ago.

I heard on television that I had been dismissed from the university through a statutory decree on 29 October 2016, while I was in my cell in prison, a month after I was detained as a result of the violation of three articles of the constitution. The people who will be giving you an honorary doctorate are the very people who dismissed me and many other academics.

I was not released despite the Constitutional Court’s judgment finding violations of three separate constitutional rights and ordering my release. To top it off, right afterwards I was sentenced to aggravated life in prison. Even after the judgment by the ECtHR, presided over by you, held that there had been a violation of my rights, the 2nd Criminal Chamber of the Istanbul Regional Court of Justice upheld my conviction. I mean to say that the event of such judicial scandals is not unusual.

Ultimately however, on 4 November 2019, I was acquitted and my acquittal became final after the Court of Cassation ruled for my acquittal.

But my ongoing case concerning my dismissal from the university is still waiting to be taken up by the Ankara 21st Administrative Court. In that case, the accused is Istanbul University, where you will be receiving your honorary doctorate.

Despite being acquitted, despite the judgments by the Constitutional Court and the ECtHR, I have not been able to return to my university where you will be receiving an honorary doctorate.

The university from which you will be receiving your doctorate, is “the accused institution” in the trials brought by many academics who were dismissed through a statutory decree as I was.

These proceedings are ongoing and it is likely that they will also be brought before the ECHR that you preside over. But in the meantime you will have become a Judge who has received an honorary doctorate from Istanbul University. I’m not sure how gratifying it would be to become a honorary member of a university, which has unjustly kicked out and forced into unemployment and poverty hundreds of academics.

Under normal circumstances, of course it would be pleasing to hear that you will be visiting Turkey. Unfortunately that’s not the case.

The ECtHR, under your presidency, guarantees protection of the freedoms and rights enshrined in the European Convention on Human Rights.

We want to believe that ECtHR of which you are the president secures the rights of everyone under its jurisdiction.

It is hard to say that our faith always remains intact.

The very section of the Court that you presided had given priority status to the application of Ahmet Altan, whose novels have been published in 23 countries, and who, even despite the Covid-19 pandemic has remained behind bars in Silivri Prison for the past four years. Even though the court is very much familiar with the file’s content, unfortunately we have been waiting for that priority to come into effect for the past four years.

And of course we are very much aware of the efforts being made to prevent the review of Ahmet Altan’s application and to ensure that no definitive judgment finding rights violations is made when it is taken up. But just as this is not the appropriate place to discuss this, I rather not comment on this further.

Indisputably, you are free to make your own choices. And it is clear that every one of your choices will reflect onto future decisions and bring forth new consequences.

I would like to extend an early welcome to Turkey, where you will be visiting as the President of an international high court, built upon a convention, to which victims of the judiciary have high hopes attached.

"Turkey’s withdrawal of a limited number of Syrian militia from Libya is aiming to sidestep potential accusations of spoiling the election process in the...
Read more
INFOS & ACTUS