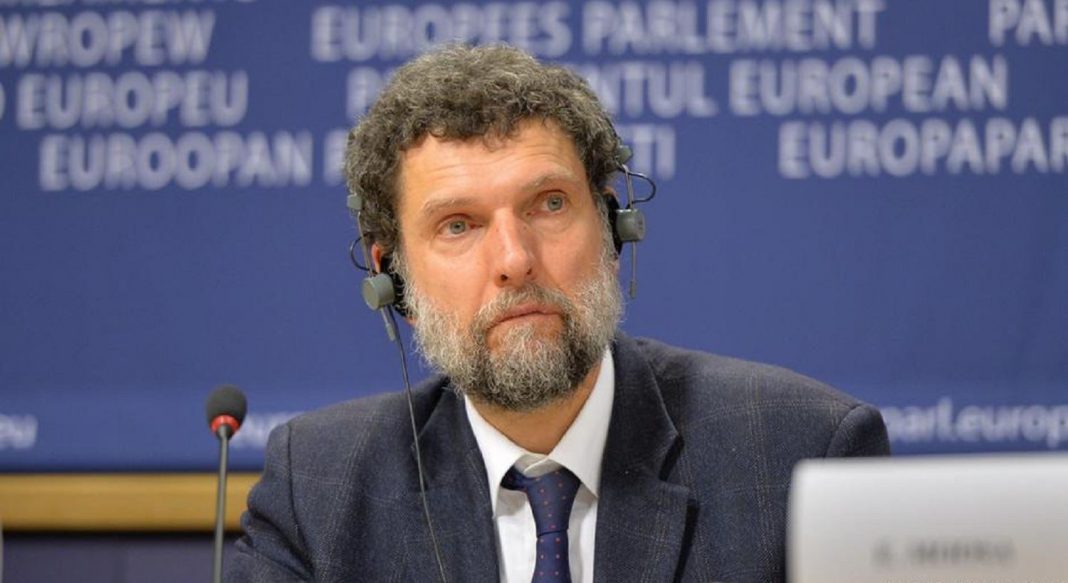 Turkey’s Constitutional Court has rejected an appeal for the release of philanthropist Osman Kavala, ruling his more than three-year imprisonment without conviction did not violate his rights in contradiction to rulings by the European Court of Human Rights. Diego Cupol wrote on this issue in Al-Monitor on 29 December 2020.

“ISTANBUL — After more than three years in prison without conviction, Turkish philanthropist Osman Kavala’s appeal for release was rejected by the nation’s Constitutional Court Tuesday, which ruled the prominent businessman’s detention had not violated his right to liberty and security.

The ruling extends Kavala’s imprisonment during court proceedings in which he faces espionage-related charges, ignoring a 2019 ruling by the European Court of Human Rights (ECHR) for his immediate release as well as numerous calls since then by the Council of Europe’s Committee of Ministers on Turkey to implement the ECHR decision.

The ruling comes days after Turkish President Recep Tayyip Erdogan reiterated calls to implement “democratic and economic reforms” in the country, casting doubt on whether such promises will be impact high-profile trials, including that of Kavala and the jailed former Co-chair of Turkey’s pro-Kurdish Peoples’ Democratic Party Selahattin Demirtas.

She added, “This is the reason why people go to the European Court of Human Rights in the first place. There are no domestic remedies available in Turkey and we’re back to that again.”

Kavala was first jailed in November 2017 and later accused of financing the anti-government protests in 2013. He was acquitted of those charges in February 2020 and immediately rearrested on charges of attempting to overthrow the government by aiding a 2016 coup attempt.

Earlier this year, Kavala’s defense team applied to the Constitutional Court on the grounds his continued detention violated his rights. This appeal was rejected in a 8-7 vote by Turkey’s top court Tuesday, extending Kavala’s detention until his next hearing, currently scheduled for Feb. 5.

In his most recent court appearance, on Dec. 18, Kavala highlighted the lack of evidence to support the charges against him and rejected all accusations.

“None of the charges in this indictment are based on any facts, evidence or objective evaluation of a concrete criminal act,” Kavala said during his last trial, adding his continued detention despite the 2019 ECHR ruling for his release “has become an ongoing torment.”

Following Kavala’s detention in 2017, Erdogan referred to the prominent philanthropist, known locally for his support of civil society organizations, as the “Soros of Turkey,” likening the businessman to Hungarian-American philanthropist George Soros for allegedly financing anti-government groups and activities. More recently, Erdogan last month dismissed calls from within his own Justice and Development Party (AKP) to release Kavala along with Demirtas.

Such developments have raised concerns among international observers and governments that have also called for Kavala’s release and that his ongoing trial is politically motivated. Following Tuesday’s ruling, Sinclair-Webb noted Kavala’s detention was in violation of the Turkish Constitution, which states international law takes precedence over domestic law when a conflict arises between the two.

“Here we have a decision of eight members of the Constitutional Court, which is just entirely influenced by Erdogan’s speeches, which are being taken as orders,” Sinclair-Webb told Al-Monitor.

The court ruling and current government rhetoric regarding Kavala’s case also come in contrast to a recent discussion between Erdogan and European Council President Charles Michel, which came amid tense EU-Turkey relations regarding a range of policy issues.

Following a European Union summit earlier this month, in which bloc members agreed to move forward with sanctions on Ankara over its energy prospecting activities in disputed areas of the eastern Mediterranean, the Turkish leader told Michel in a Dec. 15 phone call that Turkey still wants to build its future with the EU.

Paul Levin, director of the Stockholm University Institute for Turkish Studies, said releasing Kavala would have been an “easy way for Erdogan to show goodwill” after the phone call.

“Instead, we see a continuation of the ‘bait-and-switch’ tactic that Erdogan has employed in relations with the EU in recent years,” Levin told Al-Monitor. “Conciliatory promises are followed by provocative or even hostile acts, and when the heat is turned up too high, goodwill gestures are again implemented to turn it down.”

The Kavala court ruling came on the same day the United Kingdom signed a free trade agreement with Turkey following the conclusion of Brexit negotiations with Brussels. Though the United Kingdom is no longer an EU member, diverging interests and economic ties between Turkey and individual European nation’s will likely complicate future steps by the ECHR. Levin said the ECHR lacks “teeth” and is dependent on member institutions to abide by its rulings and norms regarding human rights and democracy.

“The state of affairs regarding the rule of law in Turkey is dismal and not even a different decision in this case would have changed that fact,” Levin said in reference to the Kavala case.

He added, “Turkey has fallen precipitously in most rankings of rule of law and freedom over the past decade and substantial and sustained reforms would be needed to change that situation. Such reforms are unlikely under the current regime.””