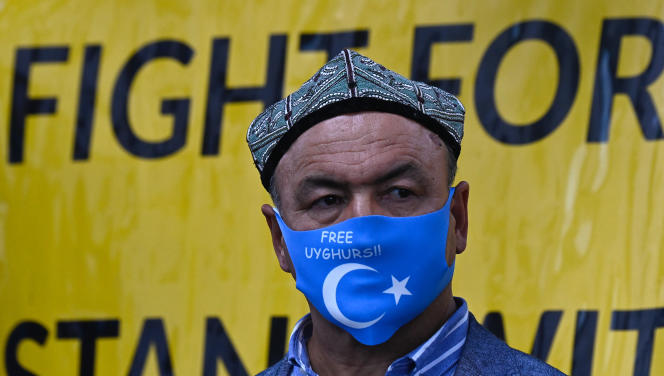 “Beijing has ratified an extradition treaty with Turkey that human rights groups warn could endanger Uighur families and activists fleeing persecution by Chinese authorities if it is adopted by Ankara.

The treaty, signed in 2017, was formalised at the weekend at the National People’s Congress, with state media saying it would be used for counter-terrorism purposes. Facing strong opposition within its parliament, Turkey’s government has not yet ratified the deal, and critics have urged the government to abandon it and prevent the treaty from “becoming an instrument of persecution”.

China’s persecution of the Uighur minority in Xinjiang has escalated in recent years, amounting to what experts have said is cultural genocide. More than 1 million people are thought to have been detained in internment camps, and there is growing evidence of re-education programmes, restrictions on religious and cultural beliefs, enforced labour schemes, mass surveillance and forced sterilisation of women.

Members of the Uighur diaspora have given evidence of coordinated Chinese efforts to have people return to Xinjiang, or to use family in China to pressure individuals overseas against speaking out.

China strenuously denies the accusations, and says the policies are to counter terrorism and alleviate poverty. Officials regularly dismiss all reports of abuses as fabrications.

In May, the human rights group Nordic Monitor expressed alarm at ambiguities in the text of the treaty, including a clause that said “it shall not matter whether the laws of both parties place the offence within the same category or describe the offence by the same terminology”.

Other articles allow one party to refuse the request if they believe it is purely political or military, or if the subject has been granted asylum.

Leo Lan, a spokesman for China Human Rights Defenders, said the treaty would expose Uighurs to a higher risk being returned to China, where they could face detention and torture, and he warned Turkey of its international obligations of non-refoulement.

“China can use very ambiguous and broadly defined national security charges to request the extradition of certain people to China,” Lan told the Guardian.

Historically, Turkey has long welcomed Uighurs and Turkic Muslims fleeing China and has spoken out against abuses. An estimated 50,000 Uighurs are refugees in Turkey, making it the largest Uighur diaspora hub in the world.

In May, Turkey’s ambassador to the US reiterated the cultural and linguistic ties between the ethnic minority groups and Turkey, and told Axios “any issue pertaining to their wellbeing holds a special place on our agenda”.

However, in recent years Ankara has grown closer to Beijing and increased its assistance in apprehending or interrogating Uighurs who Chinese authorities have accused of terrorism. While it refuses to return Uighurs to China directly, Turkey has been accused of sending them to a third country, like Tajikistan, where extradition to China is easier.

Residency paperwork has become harder to obtain, and many Uighurs in Turkey report receiving phone calls from Chinese police threatening family members still in Xinjiang if they do not stop campaigning against the ruling Communist party’s policies.

Daily demonstrations by the Uighur community are currently being held outside the Chinese consulate in Istanbul to protest against such treatment.

“At first Uighurs didn’t take the treaty seriously because all countries have such agreements between each other … but the fact is that Chinese Han who flee go to the west, not Turkey, so this treaty is specifically targeting us,” said Arslan Hidayet, an Australian Uighur activist who lives in Istanbul.

“We have been sold out by our own, despite the ethnic and religious ties we have, which is very hurtful.”

Dilxat Raxit, a spokesman for the German-based Uighur World Congress, told Agence France-Presse: “This extradition treaty will cause worry among Uighurs who have fled China and do not yet have Turkish citizenship.

“We call on the Turkish government … to prevent this treaty from becoming an instrument of persecution,” he added, claiming that Beijing was exerting economic pressure on Turkey to ratify the treaty.

Steve Tsang, the director of the Soas China Institute at the University of London, said the key question was whether Turkey would commit to protecting Uighurs within its borders in accordance with international guidelines and transparency, even in the face of pressure from Beijing.

“If it will not do so, it will make Uighurs living in Turkey worried about their safety,” Tsang told the South China Morning Post.

Media reports speculated Beijing was putting pressure on Turkey to ratify the treaty, using its promised supply of Covid-19 vaccinations. China has a history of using and withdrawing trade to achieve diplomatic aims. Turkey’s first shipment of Sinovac has reportedly been delayed several days already, owing to “customs related” issues.

Kamer Artiş, a Uighur activist living in Turkey, said the community had faith that Ankara would refuse to ratify the treaty.

“Certainly the Chinese Communist party (CCP) will take all the actions it can to force the Turkish government but we don’t think [the treaty] will pass. The Turkish people and NGOs will stand up against it,” she said.

“According to the CCP, we are all terrorists, so is it sound logic for the Turkish government to deport so many Uighurs? We will not lose hope … We believe in the power of people more than governments.””