“With Presidential Government System of 2017 , the Influence of the executive of The Judiciary of Has increased ” The Report Showed 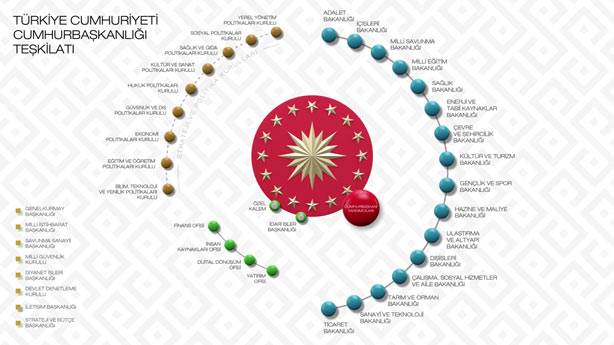 “Checks and Balances Network”, the body bringing 294 non-governmental organizations under its umbrella has released a report titled “Presidential System Ahead of 2021: Judiciary.” Their report has shown that with the new system (adopted in April 2017 with the Presidential Government System), the influence of the executive on the judiciary has increased.

“The report entitled “Presidential System Ahead of 2021: Judiciary” has shown that after the new system was adopted in Turkey, the influence of the executive on the judiciary has increased in the country.

According to the report, while the judicial reform packages passed by the Parliament over the years led to partial improvements, they have not remedied fundamental problems such as the uncertainty about the long periods of detention or the ineffective investigation processes.

The report of the network has also noted that the failure of the local courts, influenced by the political statements, to abide by the judgements handed down by the higher courts, especially the ones by the Constitutional Court, has impaired the hierarchy of norms.

“As a result of all these factors, the trust in the judiciary has decreased in all segments of society, regardless of their political views,” the report has indicated, underlining that “the issue of trust in the judicial system has become an above-party problem” within this context.

Accordingly, the NGOs have called on the related authorities to introduce legal arrangements that will guarantee judicial independence and impartiality, increase meritocracy and competence in the judiciary and to ensure that fundamental rights and freedoms are protected, especially the right to a fair trial and the right to an effective defense.

Turkey is going downhill in rule of law

The report of the network covering the period from April 16, 2017 till today has specifically analyzed what kind of changes have taken place in the judicial system in Turkey since then and what kind of consequences those changes and amendments have led to in terms of checks and balances.

Regarding the defiance of the local courts to abide by the judgements of the higher courts, the report has further commented, “When some previously investigated politicians who had been acquitted by the Constitutional Court were detained again as part of the same investigation, it has not only kept on undermining the trust in the judiciary in the eye of society, but it has also harmed the principles of judicial independence and political impartiality, thereby creating the impression that the judicial power has been politically instrumentalized.” (HA/SD)”2021_e_Girerken_CHS_Yargı_RaporuD