Açık Radyo: A station for independent voices in Turkey 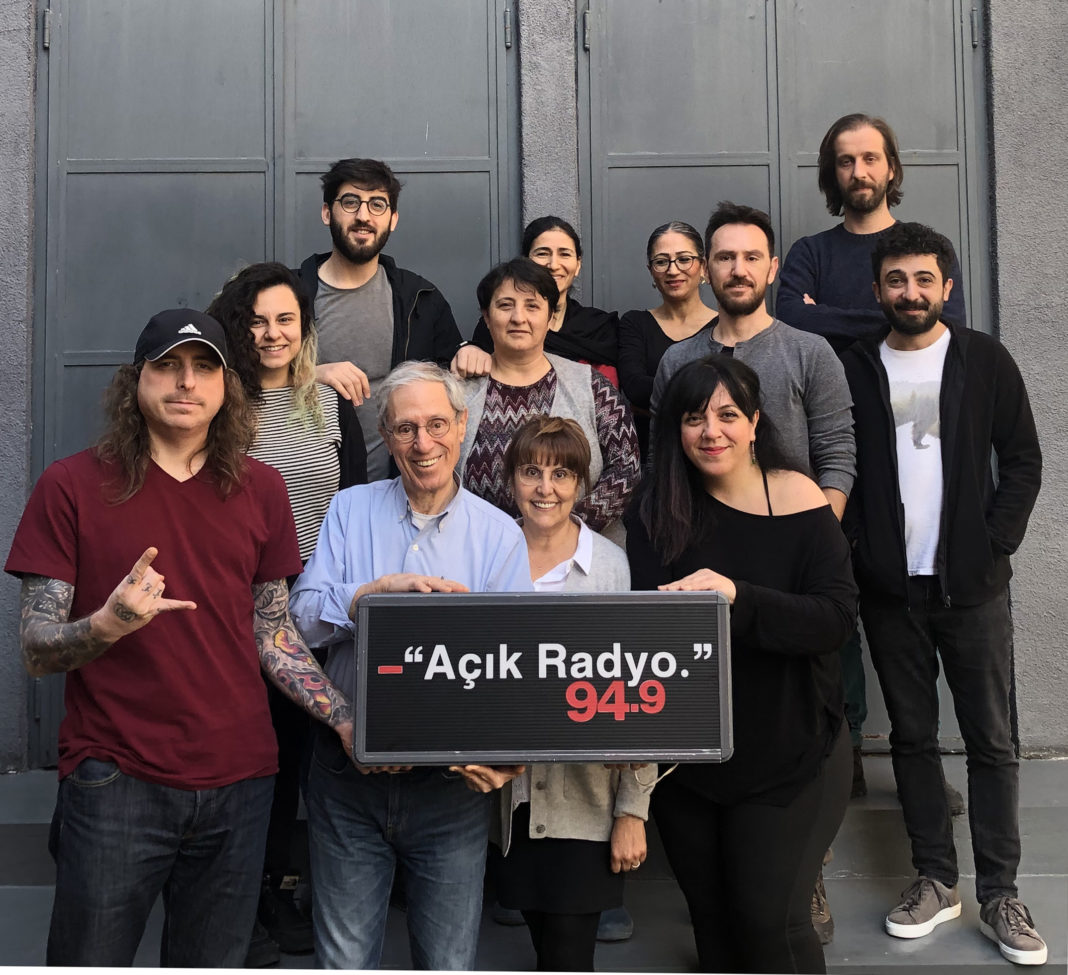 For 25 years, Açık Radyo has been an exception in the Turkish media landscape: a fiercely independent media outlet funded by its listeners, without ties to the corporate world.

Açık Radyo was founded in the 1990s, during the period when broadcast media in Turkey were beginning to be privatised. “We wanted to engage in meaningful conversations at a time when we were surrounded by the noise of this sudden privatisation,” explains Ilksen Mavituna, noting that twenty-five years later, this is still the mission of the station.

In conversation with EED, Mavituna, who has worked for the radio for more than fifteen years, explains that Açık Radyo always envisaged itself as more than just an entertainment platform. It wanted to provide an alternative point of view from the average Turkish media outlet. This strategy has proved successful, and over the years, the station has attracted a community of listeners united by values of democracy and freedom of speech.

These listeners also fund the radio, contributing to more than half of its yearly income, making the station the first crowd-funded broadcast media in Turkey. Since 1995, more than 1,000 people have devoted their time to Açık Radyo as programmers. Today, the station has 20 paid people on staff as well as more than 200 volunteer programmers and producers, all of whom give their time and expertise to the community of listeners and supporters.

A community of independent-thinking people

This sense of community among Açık Radyo’s public is further fostered by activities such as music festivals and exhibitions by independent artists.The radio station organises ‘Special Broadcasting Days’ when it is live for 99 consecutive hours with only short pauses at night. “We use these days to come together and reflect on ourselves and the organisation, and to focus on our community,” explains Mavituna.

Constantly evaluating Açık Radyo’s activities and analysing its listeners’ interests is one of the ways the station has managed to reinvent itself and survive these past 25 years.

The station’s primary audience is concentrated in Istanbul, but the Açık Radyo community is open to anyone living in Turkey, regardless of ethnicity, gender or nationality. It is also one of the few spaces that gives a voice to the Armenian community in Turkey, regularly hosting Agos Weekly Newspaper, founded by Armenian-Turkish journalist Hrant Dink, who was murdered in 2007.

In fact, one of Açık Radyo’s principal goals is to give space to underrepresented groups within Turkish society, and to address neglected topics, a commitment illustrated by its awareness-raising activities against climate change, which the radio has conducted for more than twenty years.

Açık Radyo’s commitment to give marginalised groups and topics a voice, favouring freedom of expression and fostering democracy, saw it awarded the prestigious Prince Claus Award in December 2020.

Working during the Covid-19 pandemic

The COVID-19 pandemic has forced Açık Radyo to cancel live events, including the ‘Special Broadcasting Days’, and to hold its 25th anniversary celebrations online. Throughout the lockdown, the station has continued fostering the sense of community among its listeners, something that is even more important these days as many live alone, and Açık Radyo keeps them company during their daily routine.

Mavituna notes that many listeners, especially those aged 35 and under, often tune in after midnight. “At their age, they should probably be partying in a club, but instead they listen to us talking about ecological catastrophes, minorities and COVID-19,” he says.

Açık Radyo’s audience has grown significantly since the beginning of the lockdown, with a 30 percent increase in traffic on its website. The station’s geographical reach has also expanded beyond Istanbul to the coastal regions of Turkey, where many liberally-minded people have now moved. It even has a respectable listenership in the United States and in Europe, thanks to the Turkish diaspora.

Mavituna believes that one of the strengths of the radio is its ability to adapt to new challenges and situations, something he considers a duty to its listeners.

Açık Radyo adapted early to the shift to Internet radio with EED covering the costs of replacing outdated equipment and hiring a digital storyteller. The pandemic is not the only challenge faced by the station these days, and it must also adapt to an increasingly authoritarian political atmosphere in Turkey.

Mavituna is not particularly fazed by increasing pressure on the media. He is well aware that self-censorship by journalists and entertainers can often be as much of an issue as official state censorship, and he insists that the station has no intention of backing down on its mission to provide an open-space for the Turkish civil society.

For Mavituna, this is their only goal; without it, Açık Radyo has no reason to exist. “We managed to survive and thrive for 25 years despite all these challenges, and we want to be a positive example for the rest of Turkish civil society.”

Ahval, May 3, 2021, Yavuz Baydar Turkey today is an inferno with respect to the freedom, independence and plurality of the media. The country has become...
Read more
Share This