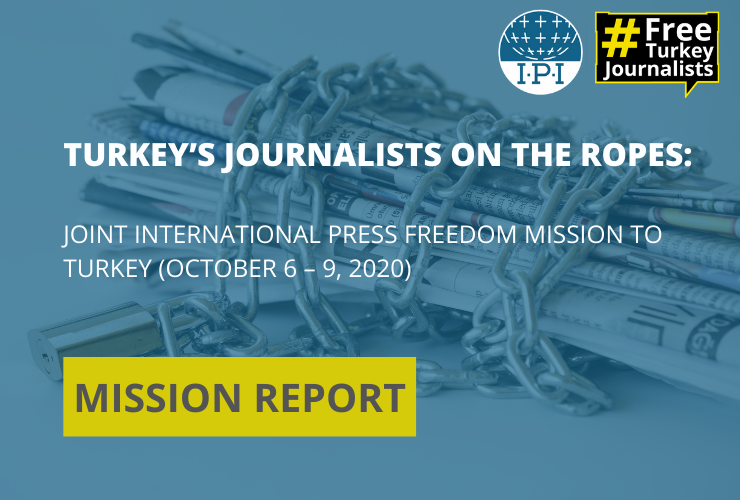 While the situation in the courts remains critical with up to 79 journalists currently in prison, the last year has seen the battleground over freedom of expression shift from the courtroom to the regulators who have ramped up their punishments for print and broadcast media.

Regulators, with their extensive powers to grant and remove licenses and impose financial penalties, are able to force independent media to either comply or risk closure. This strategy is expected to ensure media self-censorship so the intervention of the courts becomes less necessary and less frequent.

The Social Media Law, if fully enacted, would also require social media companies to comply with government censorship demands or eventually face being blocked within the country.

Meanwhile, in its communique of October 2, the Council of the European Union offered improved economic ties with Turkey without reference to Turkey’s human rights record.

“The government is determined to use all available tools to suppress criticism whether on broadcasters, in print and online”, IPI Head of Europe Advocacy Oliver Money-Kyrle said. “The international community and the European Union, in particular, must be prepared to make improved relations contingent on an end to the media crackdown and improved human rights in general”.

Share
Facebook
Twitter
WhatsApp
Linkedin
Previous articleQatar’s investments in Turkey : Why Qatar , Not The Other Countries?
Next articleNew Book (Soon ): “Under The Banner of Islam – Turks , Kurds , And The limits of religious Unity ” by Gülay Türkmen