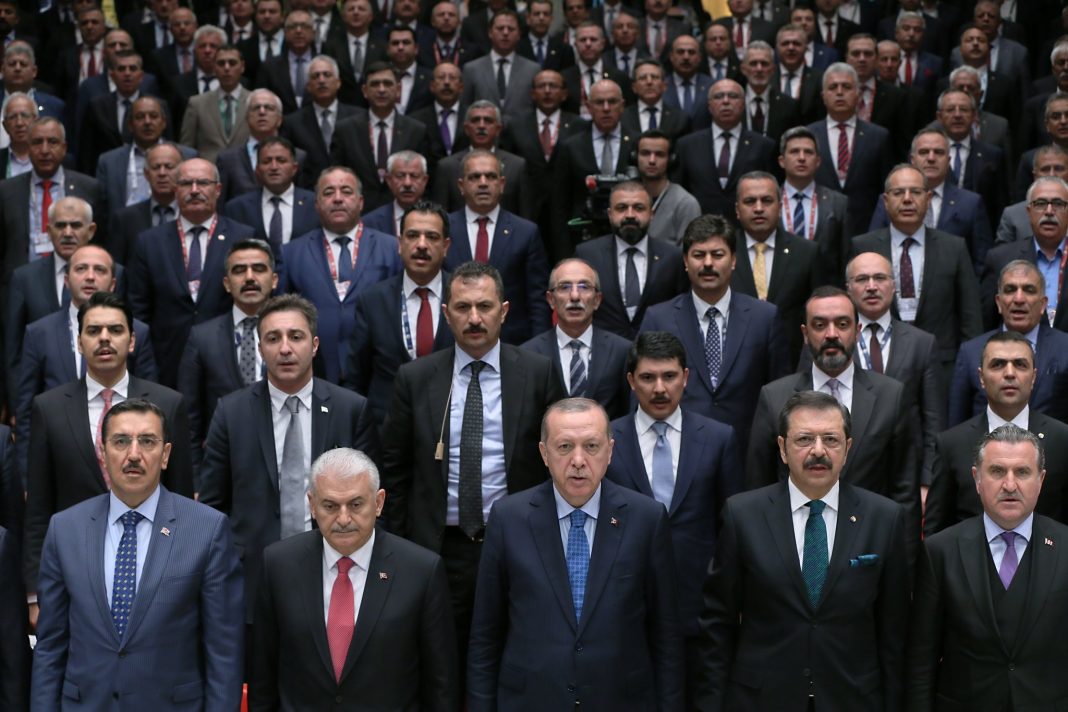 The Turkish president’s replacement of key economy officials, including his son-in-law, resonate as preparations for snap elections before the political cost of Turkey’s economic turmoil becomes irredeemable.

The drama in Ankara unfolded Nov. 7, when Turks woke up to the news that Central Bank Gov. Murat Uysal had been sacked overnight after only 16 months in office. Before the dust settled, Treasury and Finance Minister Berat Albayrak — Erdogan’s son-in-law whom many saw as the president’s possible successor — announced his resignation late Nov. 8 in what appeared to be a hastily scribbled statement posted on Instagram. Albayrak, who was under mounting criticism over his management of the economy, vanished from public view, while it took Erdogan more than 24 hours to acknowledge the resignation, which he described as Albayrak’s “request to be excused from his duties” due to health issues.

No reason was given for the sacking of Uysal, whom Erdogan had cherrypicked in July 2019 as a docile replacement of Murat Cetinkaya, who, the president said, was disobeying his instructions to keep interest rates low. Albayrak cited unspecified health reasons for stepping down, but the unprecedented manner of his resignation — through a message addressing the public rather than the president, coupled with his failure to attend a traditional handover ceremony with his successor — was a sharp departure from state traditions and reminiscent of a family feud.

In any case, Turkey’s economic turmoil can hardly be overcome by replacing officials as it stems from accumulated structural problems, compounded by an institutional erosion that Erdogan’s “one-man rule” has caused by upholding loyalty over merits.

The main issue snagging things is Erdogan’s insistence on keeping interest rates low as a means to fight inflation, an unconventional approach that many have come to call Erdoganomics. The government has erred repeatedly in the face of growing economic problems since June 2018, when Turkey transitioned to “one-man rule” as Erdogan assumed sweeping powers as executive president. In only several months, the new governance system got on a course of crisis. Foreign investors, skeptical over the merits of the new system, were already shying away from Turkey and even withdrawing existing investments when political tensions with Washington sent the Turkish lira into a tailspin in August 2018.

The growing economic grievances of the populace were the main factor behind the big losses that Erdogan’s Justice and Development Party (AKP) suffered in the local elections in spring 2019, including in Istanbul, Turkey’s largest city, and the capital Ankara. The AKP’s popular support has continued to wane since then. Erdogan’s first and foremost objective now is to stop and reverse that erosion, which is shaping his government moves on economic, domestic and foreign policies alike.

In the wake of the local polls, Erdogan insisted on lowering interest rates to rejuvenate the domestic market and stimulate growth. That’s why he changed the central bank governor — to dictate monetary and even foreign exchange policies at will. Indeed, a series of rate cuts followed and the central bank used its reserves to funnel hard currency to the market via public banks in a bid to shore up the lira. The bank burned through an estimated $120 billion of reserves in such operations, which forced it to seek currency swap deals to cover its gaps.

Though this policy fostered growth in two quarters, it was clearly unsustainable and, under the added impact of the coronavirus pandemic, the economy contracted nearly 10% in the second quarter of 2020. A fresh bout of currency depreciation hit in October, putting further strain on Erdogan amid growing popular discontent.

Uysal, who was timidly hinting at the need of rate hikes, became the scapegoat. He was replaced with Naci Agbal, a presidential aide and former finance minister known as a staunch Erdogan loyalist. Agbal’s appointment drew criticism because he lacks experience in banking. Rumor has it that Agbal’s promotion triggered Albayrak’s resignation. Another Erdogan loyalist, former Transport Minister Lutfi Elvan, was appointed as treasury and finance minister.

Erdogan hopes the replacements will help Ankara regain the confidence of foreign and domestic economic actors. Turkey’s risk premium — reflected in credit default swaps — stood at 460 basis points even after the new appointments, far higher than those of peer countries such as Mexico, Brazil and Indonesia, which were respectively at 102, 167 and 171 basis points. The lira has regained some ground against the dollar, but has yet to stage a meaningful recovery.

In his first statement as central bank governor, Agbal said the rates would remain unchanged until the bank’s monetary policy board meets Nov. 19. Some observers took this as a tacit signal of a hike at the meeting, but a meaningful increase seems unlikely.

Many remain pessimistic about the impact of the reshuffle in general, wary that Erdogan and his closest loyalists would continue to prevail over institutional wisdom and insist on ill-advised policies increasing the risk of an economic crash.

Atop a consumer inflation of 12%, Turkey’s unemployment rate — standing at 13.2% officially — has hit 30%, according to alternative calculation methods, deemed to be more realistic than the official one, which finds decreases in the number of jobless despite the pandemic. The central bank’s gross reserves meet only 46% of the $181 billion foreign debt that the country needs to roll over in the next 12 months. The current account deficit reached $28 billion in the first nine months of the year and, coupled with capital outflows, including unregistered ones, burned through $43 billion of central bank reserves. The prospect of a steady recovery of the lira appears distant. The resurging coronavirus pandemic will hardly help Erdogan either. And how the Biden White House will treat him remains an important uncertainty.

Faced with all those harsh realities, Erdogan is clearly aiming to spawn a stint of “spring weather,” braving certain costs, and using that period to call snap elections to renew his popular mandate.

Erdogan’s plan could hardly be limited to tidying up the government by replacing officials. Fresh moves to suppress the opposition, which is closing ranks, block the pro-Kurdish Peoples’ Democratic Party from contesting the elections and gag what remains from the critical media should not come as a surprise as his maneuvering room is shrinking fast.