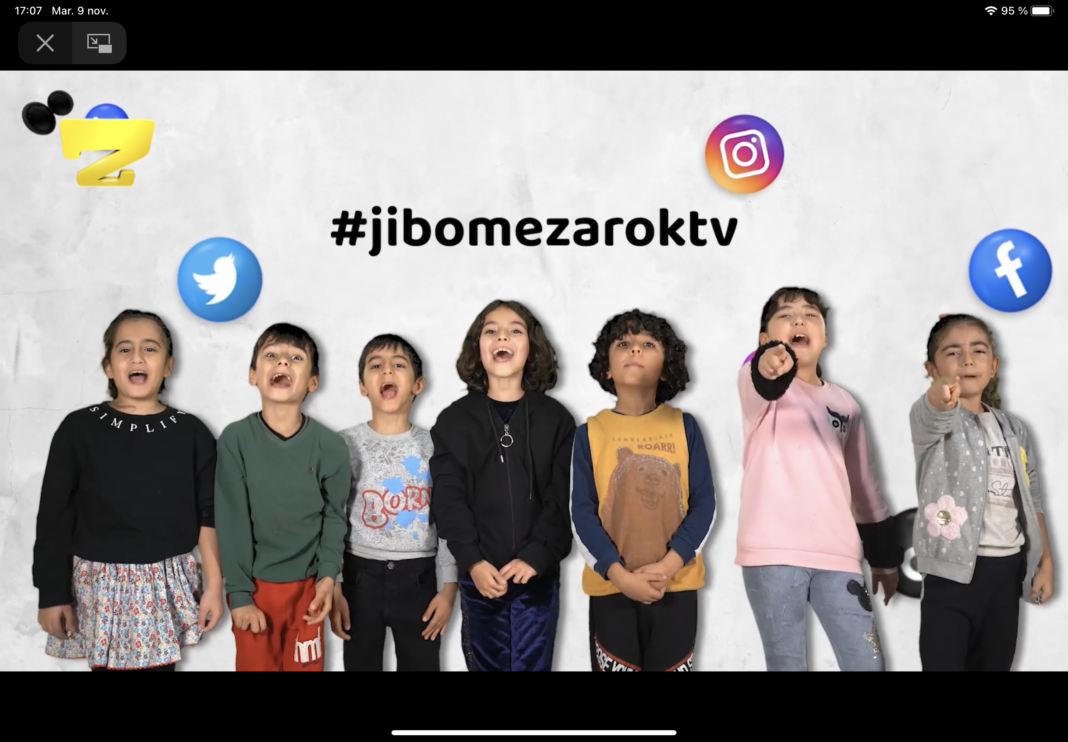 Zarok TV, the first and only Kurdish-language children’s channel in Turkey, promoted a social media campaign to support the channel. The campaign was carried out on Twitter and Instagram on Saturday night with the hashtag “#jibomezaroktv” and is part of a wider campaign to increase viewers.

Zarok TV’s Social Media campaigner, Mervan Dündar, said that the aim of the campaign was to increase both the number of followers and viewers. Dundar said, “There are millions of Kurdish children in the world. Zarok TV, the first and only children’s channel for Kurds and needs to be expanded. Children have come to the point of forgetting their language today because they cannot receive education in their mother tongue. With Zarok TV, we provide children with the opportunity to watch TV in their mother tongue. The more followers and viewers we have, the more children we will reach.”

Zarok TV is the first Kurdish satellite television station in Turkey for Kurdish children, broadcasting since 21 March 2015, based in Diyarbakır (Amed). The channel broadcasts programs in various Kurdish languages, specifically Kurmanji, Kirmancki (also called Zazaki) and some Sorani, the first two being the most widely spoken Kurdish dialects within Turkey.

Accused of “separatist and subversive” activities it was shut down on 29 September 2016 under the emergency statutory decree issued during the aftermath of 15 July’s failed coup d’état, alongside 12 other television and 11 radio stations, police raided the television station’s headquarters.

In November 2016 the TV station was allowed to broadcast again after much criticism for the sudden closure. The European Parliament condemned the Turkish authorities stating “misusing” law in the aftermath of the unsuccessful coup attempt. Owner of Zarok TV and also several other cultural Kurdish TV channels, estimated his company had lost “125-150 thousand dollars” in October due to closures.

““The Club,” a new Turkish series that was released last Friday on Netflix, sheds light on the social and political pressures Turkey’s religious minorities...
Read more