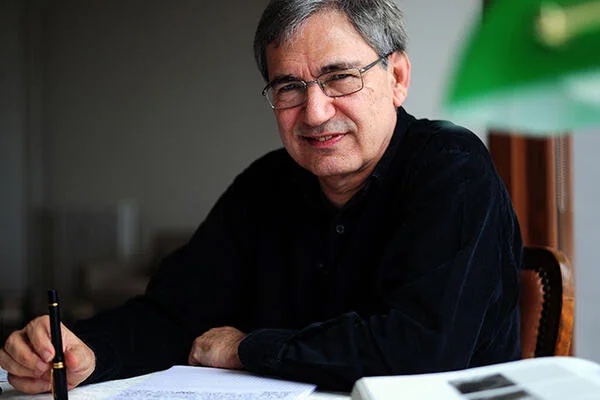 Turkey’s Nobel laureate author Orhan Pamuk has said he “cannot live in Istanbul politically anymore” and voiced his frustration with changes in the city over the past 15 years, speaking in an interview with the book supplement of Italian newspaper La Stampa.

“I don’t love this current state of Istanbul, where my memories have been destroyed,” said Pamuk.

“Today it is a richer but less free city. The architecture and the economy have changed. The old houses I love have been destroyed,” he added, in the article headlined: “They have killed the Istanbul I loved.”

“I have been collecting old Istanbul photos for years. I don’t know why I am doing this. Maybe it is because they are the only things remaining from those times. That is what it means to be human: Destroying everything and then being nostalgic about it. But now nostalgia has also become wrong in political terms,” Pamuk said.

Pamuk spends much of his time in New York and gives classes at the University of Colombia, and he said the West is “no longer more a mystery for him.”

“I live in the West often but Istanbul is always my home. Your house may undergo a renovation but it is still your home and does not change. But I can’t live there politically. Let’s also remember that 50 percent of Istanbul voted against President Recep Tayyip Erdoğan in the last elections. I am not the only one who thinks like this,” he said.

Pamuk also said he is “jealous of Western writers” as they are not constantly questioned about politics by interviewers.

“Because of these interviews I have turned into a political writer. At first I was criticized by my colleagues because I was not interested in these issues. The only thing I wanted was to tell my stories,” he said.

Commenting on the often referenced claim that Istanbul is a “border between two worlds” or a “bridge between the West and the East,” Pamuk said he “does not want to be a bridge.”

“I strongly believe that Turkey’s future is in the West. I grew up with this belief. I received a secular, bourgeois education. Today there is little freedom of thought in Istanbul and it makes me mad and saddened,” he added.

The interview was included as this week’s La Stampa book supplement, the cover of which features the new Italian edition of Pamuk’s book “Istanbul: Hatıralar ve Şehir” (Istanbul: Memories and the City), first published in Turkish in 2003. The new edition of the book includes a number of photos and postcards of Istanbul alongside the original text, as well as a new interview with Pamuk.