Duvar English : “A Beheaded French Teacher And A Muslim Perpetrator ” by Fehim Tastekin 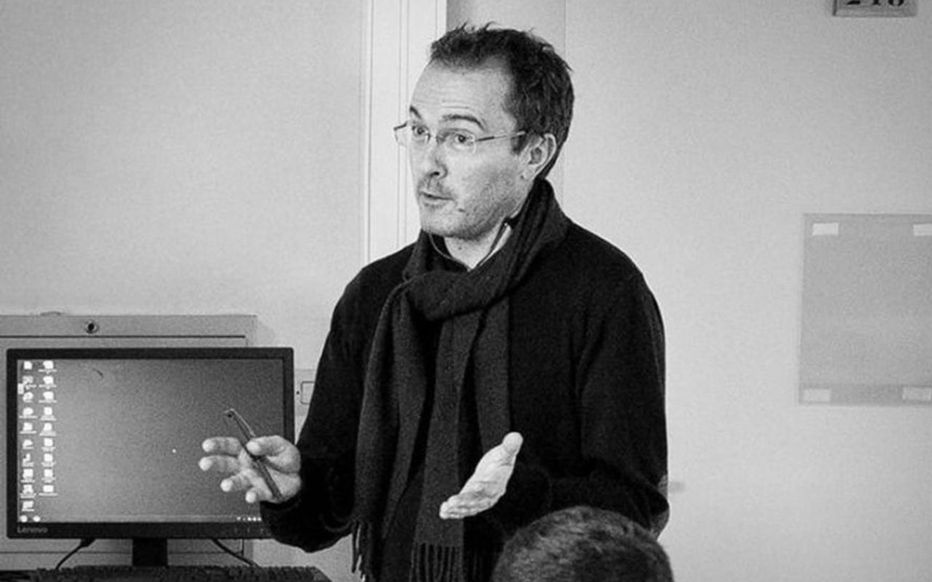 President Erdoğan himself has become the chief fuel of Islamophobia for quite a time. Erdoğan is using words that create a shock effect on everyone, his actions make Syrian refugees tools for blackmail, he has a confrontationist style and decided to convert the Hagia Sophia and Chora Museums into mosques.

A teacher was attacked and beheaded in Paris. It is a crime that needs to be condemned with rage both intellectually and ethically. There is no place for a mitigating expression, excuse, justification or a prevarication that begins with “but.” This is the first ground rule ought to be acknowledged before getting into the Islamophobia debates and the French-Turkish feud that erupted over it.

There is another disturbing fact that the Muslim world cannot face, before it can deal with the provocative rhetoric and political calculations of President Emmanuel Macron, France’s own conflicts, political-social dilemmas, interventionism, hubris and superiority. Beyond those who openly support those crimes, like ISIS, there is a considerable tendency to ignore, tacitly accept and allege an excuse amongst those consider themselves “reasonable” and “moderate.”

Most of the condemnations are giving lip service. There is no authenticity. In their subtext, one can read the message, “Had Charlie Hebdo not printed the cartoons of Prophet Muhammad, and had that teacher had not overstepped the line by showing these cartoons during his class on free speech” Those who use this absolutely unacceptable excuse are the same ones who complain about the rise of Islamophobia. Of course, for a leader in Turkey who has made prosecutors take statements from 36,066 people in the past year on charges of defamation, and who has also made 12,000 people prosecuted, freedom of expression may seem unnecessary and dangerous. The arrest of those in France who have been involved in violence are labeled “fighting Islam,” but similarly, when Islamists in Turkey, the ones they consider as enemies, are arrested or apprehended, it is called “fighting terror.”

The Moscow-born Chechen 18-year-old perpetrator Abdullah Anzorov took a photo of his act and shared it on social media. This is ISIS’s trademark. Before the attack, he corresponded with jihadists in Idlib, Syria. His half-sister had joined ISIS in Syria in 2014. Based on the correspondence, the French police believe the instructions came from Idlib. Turkey has protected the Syrian town of Idlib, with more than 10,000 military vehicles and around 15,000 troops. From Idlib, the last refuge of the armed groups – the same ones France had supported in the early years of the Syrian crisis – believing they were revolutionaries. To this day, France raises its voice on their behalf each time Russia and the Syrian army move against them.

For days now, France has been debating Islamist extremism, secularism and freedom of expression in the wake of this incident. Meanwhile President Recep Tayyip Erdoğan has targeted Macron using unstatesmanlike and undiplomatic expressions. In every statement he utters, Erdoğan accuses Macron of inciting anti-Islamism.

In fact, Erdoğan himself has become the chief fuel of Islamophobia for quite a time. Erdoğan is using words that create a shock effect on everyone, his actions make Syrian refugees tools for blackmail, he has a confrontationist style and decided to convert the Hagia Sophia and Chora Museums into mosques. Essentially, he has inflicted harm to millions of Muslims living in Europe, as well as pumping anti-Muslim and anti-immigrant sentiments, offering substance to racists and the far right.

Indeed, France’s problem regarding its Muslim minority is rather serious. One dimension of the problem is the radicalization tendency among Muslims, while the other dimension is the administration’s deadlock, which has unable to develop a policy regarding Muslims. Macron’s words, “Islam is in crisis” have been met with anger but perhaps it is the Muslims who need to ponder upon this the most. Yet France’s policy of Muslim minority is in crisis. The habit of the public authority to circumvent the issues prevails even with regards to small incidents the streets. French politics revolves around its own dogmas instead of understanding why it is that France, among all European countries, suffers the most from radical Islamist violence? There is a long path that needs to be reviewed to find the correct answer from the colonial past to this day.

The concepts of “counter-society” or “parallel order” that Macron regards as threats, seem as if they were borrowed from the far right and nurtured by the clash of civilizations thesis. Still, such a phenomenon is developing in certain segments of society at a level that justifies the concerns. What is alarming now is the increasing radicalization in this parallel world. The number of people believe it is rightful to kill whoever is disrespectful to the Prophet is rising, especially amongst the youth. This is a horrific situation for a country in which freedom of expression is symbolized as an indisputable principle.

French intellectuals are voicing the issue of France being unable to comprehend the other. This lies at the heart of the government’s approach, which is attempting to protect the secularism and freedom of expression principles by restricting them into a strict framework that pushes off pluralism. This state of affairs weakens the understanding between Muslims and others. Conflicts are growing in several other fields of life. Disintegration is taking place in schools amongst students. The demand for halal food in canteens is turning into yet another “secularism issue”.

The French are looking for ways to avoid those neighborhoods and schools in Paris where Muslims gather. The extent of the ghettoization was seen in the street riots in 2005. Although the French have been pondering about it since then, they were unable to generate lasting solutions to the economic-social inequalities. Perspectives on lifestyles were also restricted and suffocated between “the values of the republic” and “Muslim separatism.” Last month, a deputy from Macron’s La République En Marche (LREM) – The Republic on the Move party, Anne-Christine Lang, protested a student wearing a headscarf in the National Assembly, who was in fact an elected student representative. This protest was a striking example of France’s distance from its own reality.

Now going back to the French-Turkish feud, this issue is highly political. The hostility between the two countries has deepened very much. France and Turkey were once partners in Syria until the issue of the Kurds arose. They then competed to interfere in Libya and eventually took opposite fronts. The two countries later came close to a clash in the East Mediterranean. They are at odds in NATO. Islam is the latest substance for the mutual resentment.

Erdoğan bears a huge rage against Macron who has caused problems for him in many places. Erdoğan’s overseas interventions have not gone anywhere. The economy is crumbling. The Turkish Lira is eroding. Erdoğan is left with no story to tell domestically and internationally. The last weapon is religion. Erdoğan’s call for boycotting French goods is an attempt to start a wave not only in Turkey but also in the Muslim world, a wave he can surf on. However, whilst trying to hurt France, he may totally end Turkey’s EU partnership that has already hit the wall.

Macron also fears for his position. In 2017, he won in the second round with borrowed votes just so Marine Le Pen wouldn’t be elected. Now he has angered labor unions while pleasing the world of finance and capital. The yellow vest movement was a revolt of the middle class fed up with tax burden. Also with the failure in the fight against Covid-19, he is anxious that he might be buried in the ballot box in 2022. With this ever-present fear, he is driven away on most critical issues. As a way out, he steals the role from the far right. With his choices in the cabinet reshuffle, he has shown once more that he is catering to the far-right electorate.

However, while Macron is designing his campaign through “Muslim separatism,” it means the debate is moving to a platform in which Le Pen excels. With the pace of the harshness in this rhetoric, it is now difficult to put the debate back on a solution-focused track. First of all, everything is now in the context of fighting against terror and extremism. When the focus has shifted from economic reforms which Macron is most confident with, the surveys show that the leader sought for has become Le Pen.

Yet a very dynamic debate is ongoing in which a huge chorus does not scold the other side and in which Muslim voices can also be heard. It is a debate that would be unthinkable in Erdoğan’s Turkey. First of all, it is not in the best interest of Muslims that Erdoğan attributes a role for himself in the situation in France and using this to play to the leadership of the Muslim world. This also does not make the slightest contribution to France’s finding of its own solution.