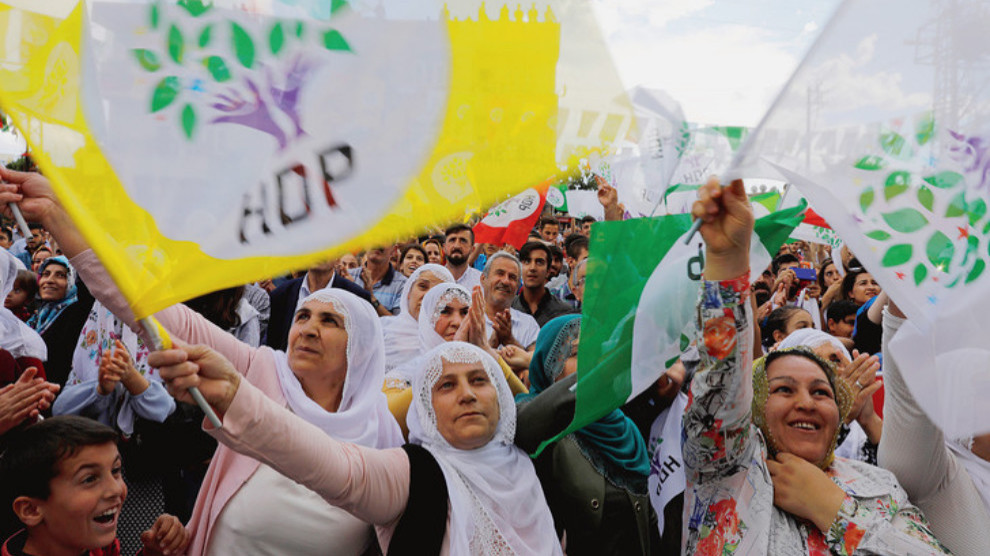 Turkey’s Constitutional Court unanimously accepted an indictment for the closure of the pro-Kurdish Peoples’ Democratic Party (HDP) for alleged links to terrorism, the state-run Anadolu news agency said on Monday.

The ruling threatens to undermine calls by the European Union and the United States for Turkey to strengthen its democracy and only prosecute individuals and groups with proven involvement and links to terrorist acts. Turkey is a candidate for membership of the EU and a NATO ally.

In April, the Constitutional Court turned down a first indictment to close the HDP, citing an insufficiently built and evidenced case. The HDP is the second largest opposition party in Turkey’s parliament.

The 850-page indictment calls for a political ban on about 500 party members and the freezing of its accounts. The court said on Monday that those requests would be examined at a later date.

Prosecutors say the party is a central focus for the activities of the outlawed Kurdistan Workers’ Party (PKK), an armed group at war in Turkey for Kurdish autonomy for four decades. The HDP denies the charge.

“The activities of the HDP were found to be in violation of the independence of the state, the unity of the country and nation, and human rights,’’ the T24 news website cited the indictment as saying when it was filed on June 7.

The Constitutional Court had the opportunity to reject the case outright because there were sufficient legal and conscientious reasons to do so, said Mithar Sancar, co-chair of the HDP, the Birgün news website reported.

“By rejecting the indictment, the court would have given an important message for the hope of democracy, but it has squandered a historic opportunity,” Sancar said.

Turkey has intensified a crackdown on the HDP since local elections in 2019. The government and prosecutors accuse it of links to the PKK, which is designated as a terrorist organisation by the United States and the European Union. Those accusations have been led by President Recep Tayyip Erdoğan and his ultra-nationalist political allies in parliament.

Since 2019, the Interior Ministry has removed 48 of 65 elected HDP mayors in Turkey’s predominantly Kurdish eastern and southeastern regions, citing terrorism investigations. The former co-chairs of the party, Selahattin Demirtaş and Figen Yüksekdağ, and several other senior party members are in jail on terror charges.

The European Court of Human Rights has called for the immediate release of Demirtaş.