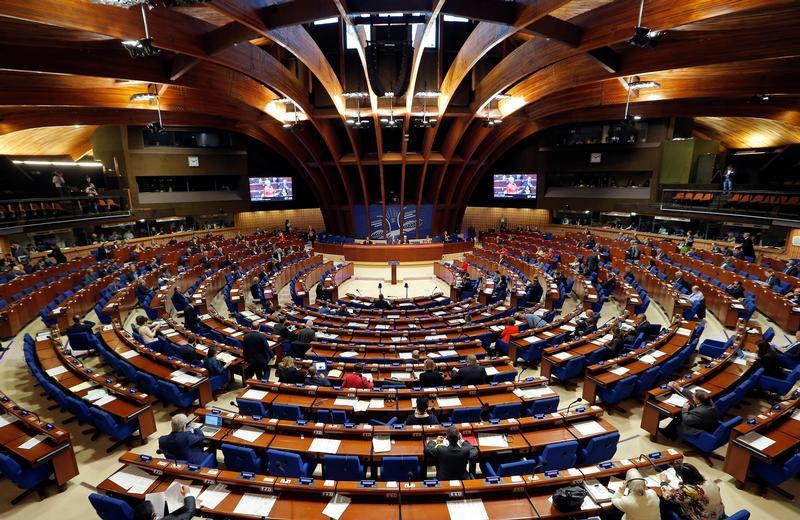 On March 25-26, European leaders will discuss the bloc’s relations with Turkey, which is in historical low point, thus decide whether to sanction the country over its actions due to rising authoritarianism under the leadership of President Recep Tayyip Erdoğan and a deteriorating relationship with member states.

Here is a story penned by Robert Ellis, focusing on Turkey’s relations with the bloc and the possible outcome of March Summit.

At the December summit the European Council once more decided to procrastinate. In its conclusions it noted: “The EU will seek to coordinate on matters relating to Turkey and the situation in the Eastern Mediterranean with the United States.” So the buck has been passed to Joe Biden, but for its own self-respect the EU must make up its mind.

However, the EU’s High Representative and Commission have been invited to submit a report on the state of play concerning the EU-Turkey political, economic and trade relations and on instruments and options on how to proceed. So we are all waiting with bated breath to hear what Josep Borrell has to say.

Hopefully, it will be met with a more positive response than his visit to Moscow in search of “a more constructive dialogue”. As Borrell explained, he intended “to test, through principled diplomacy, whether the Russian government was interested in addressing differences and reversing the negative trend in our relations.”

Human rights issues and fundamental freedoms were at the centre of his visit but his appeal, including a call for Alexei Navalny’s immediate and unconditional release, fell on deaf ears. Instead, he was met with an “aggressively-staged” press conference and the expulsion of three EU diplomats.

Rather than indulge in wishful thinking, an assessment similar to that in the Financial Times, “The brutal third act of Vladimir Putin”, would have saved Borrell from disappointment. Judging from his January meeting with Turkish foreign minister Mevlüt Çavuşoğlu, he is likely to make the same mistake.

Under the direction of German chancellor Angela Merkel the EU has adopted “a positive agenda” with Turkey, which in certain circles has almost acquired the same status as the hunt for the Holy Grail.

In February the German Marshall Fund held a webinar “in search of a positive agenda”, where Croatian MEP Željana Zovko, who is chair of the EU-Turkey Forum, injected a note of realism when she stated that a few phone calls to Germany were not enough. Turkey has to “walk the talk” and demonstrate improvements with respect to civil society, journalists and the right to protest.

In a webinar last Wednesday held by the Atlantic Council on a long-term perspective to EU-Turkey relations there was agreement on common interests, trade, migration and security, but one of the speakers called for a focus on tangible issues. Yes, indeed, let’s do that

Josep Borrell’s emphasis on human rights issues and fundamental freedoms has been matched by the Biden administration’s return to the U.N. Human Rights Council and a recommitment to “a foreign policy centred on democracy, human rights and equality”. This, in principle, should set the U.S. on a collision course with Turkey, and President Biden has yet to make a phone call to President Erdoğan.

In a bid to renew EU-Turkey relations Erdoğan has presented a Human Rights Action Plan, which has already been deemed dead on arrival. None of the three webinars I have attended (two with the Atlantic Council) have addressed the issue of Turkey’s refusal to abide by the decision of the European Court of Human Rights and release the Kurdish leader Selahattin Demirtaş and humanist Osman Kavala. After all, Turkey, like Russia, is a member of the Council of Europe and obliged to abide by the Court’s decisions.

As demonstrated by a number of phone calls by Erdoğan to Merkel and also the EU Commission’s president, Ursula von der Leyen, the overriding issue for Turkey is the implementation of the 18 March statement from 2016. This included €6 billion for Syrian refugees in Turkey, steps towards visa liberalisation and an upgrade of the Customs Union as well as a commitment to “re-energise” the accession process.

The deal came about as a response to Angela Merkel’s ill-judged decision in 2015 to fling open the doors of Europe to over a million Middle Eastern refugees, which caused her to rush to Istanbul and offer Erdoğan incentives to stop the migration. Last July this was upped by €485 million, but as Turkey’s deputy foreign minister Faruk Kaymakcı made clear on Wednesday, the agreement needs renewing.

But there are sticking points. Visa liberalisation requires the alignment of terror legislation with European standards, and by now the definition of terrorist in Turkey has come to include almost everyone who disagrees with the president and his government.

So when the European Council meets on March 25 – 26, it is an open question whether the member states will once again agree on a policy of accommodation towards Turkey or whether they will take a principled stand.

(This article was originally published by Euractiv Media Network.)

Robert Ellis is a Turkey analyst and commentator on Turkish affairs in the Danish and international press. Earlier he was advisor to the Turkey Assessment Group in the European Parliament and a member of the Advisory Board at Vocal Europe in Brussels.