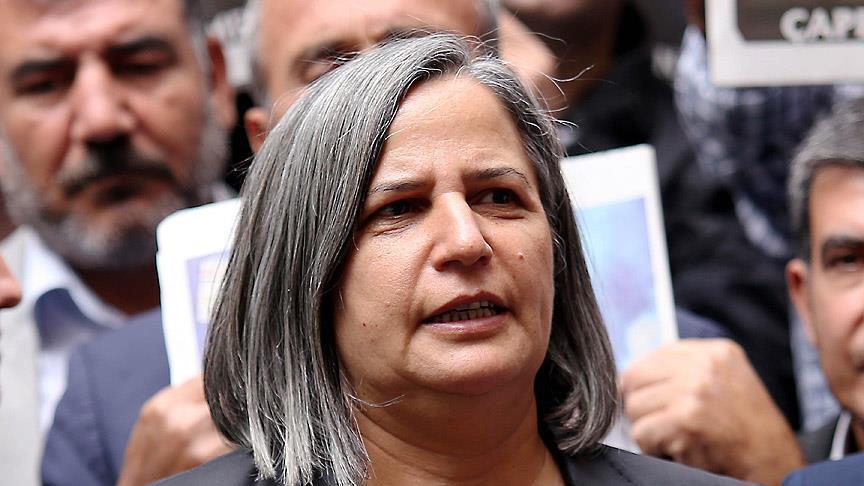 Granted in Germany since 2007, this year’s « Clara Zetkin Honorary Award » has been offered to Gültan Kışanak, the arrested former Metropolitan Mayor of Turkey’s Kurdish-majority Diyarbakır province.

In announcing the award of Kışanak, it is said,« The honorary award for social commitment has been granted to Gültan Kışanak. It is unbelievable that you have to be in prison in Turkey, we stand with you. »

The Women’s Assembly of the Peoples’ Democratic Party (HDP) has also announced the award on its social media account.

« The Clara Zetkin 2021 Honorary Award has been granted to Dear Gültan Kışanak. We congratulate her. We will keep struggling together against the male dominant order with our women’s solidarity, inside and outside, » the Women’s Assembly has said in its message.

In announcing the award-winning of jailed politician Gültan Kışanak, the prize committee has introduced her in the following words:

« Gültan is a jailed Kurdish politician of the HDP. In 2014, she became the first woman to be elected as the Co-Mayor of Diyabakır province. In 2016, she was removed from office and imprisoned. During her time as a co-mayor mayor, she introduced several political initiatives for wpmen. They were aimed at improving the chances of women to participate in social life and offering them more protection against domestic violence. That was tantamount to a revolution in the Sunni and patriarchal city of millions.

« Gültan Kışanak was sentenced to 14 years and 3 months in prison on charge of ‘terrorist propaganda’. The charges include the introduction of gender parity dual leadership, as well as official documents from the city administration, which were rededicated in the indictment to papers of a banned organization. In the indictment against her, she was also charged with trying to convert the infamous ‘Hell No. 5 prison’, where she had been once tortured in 1980, into a museum as a mayor. »

The Left Party (DIE LINKE) has introduced the award briefy as follows:

« On the occasion of Women’s Day 2021, DIE LINKE is offering a prize for the eleventh time that recognizes outstanding achievements by women in society and politics.

« This award is named after Clara Zetkin. As a co-founder of the proletarian women’s movement, Clara Zetkin initiated the introduction of an international women’s day, together with Käte Duncker at the Second International Socialist Women’s Conference in Copenhagen on August 27, 1910.

« Clara Zetkin had come a long way to reach this decision. As recently as 1889, at the founding congress of the Second International, she recognized ‘no special women’s issue’. Political rights were considered worthless without economic freedom.

« Zetkin persistently campaigned for better working and living conditions for women, including against his own comrades who fought against women’s labor. In 1892, she became the editor of the women’s magazine ‘The Equality’. On the eve of the new century, she consistently advocated the indivisibility of political and social rights for women.

« In the spirit of Clara Zetkin, DIE LINKE (The Left) annually honors a project with the award named after her that improves the living conditions of women, promotes equality between women and men in society or has become a role model, an inspiration for other women on their way through life. »