Judith Herrin on Hagia Sophia : “ Converting HAGIA Sophia Into a Mosque is an Act of Cultural Cleansing ” 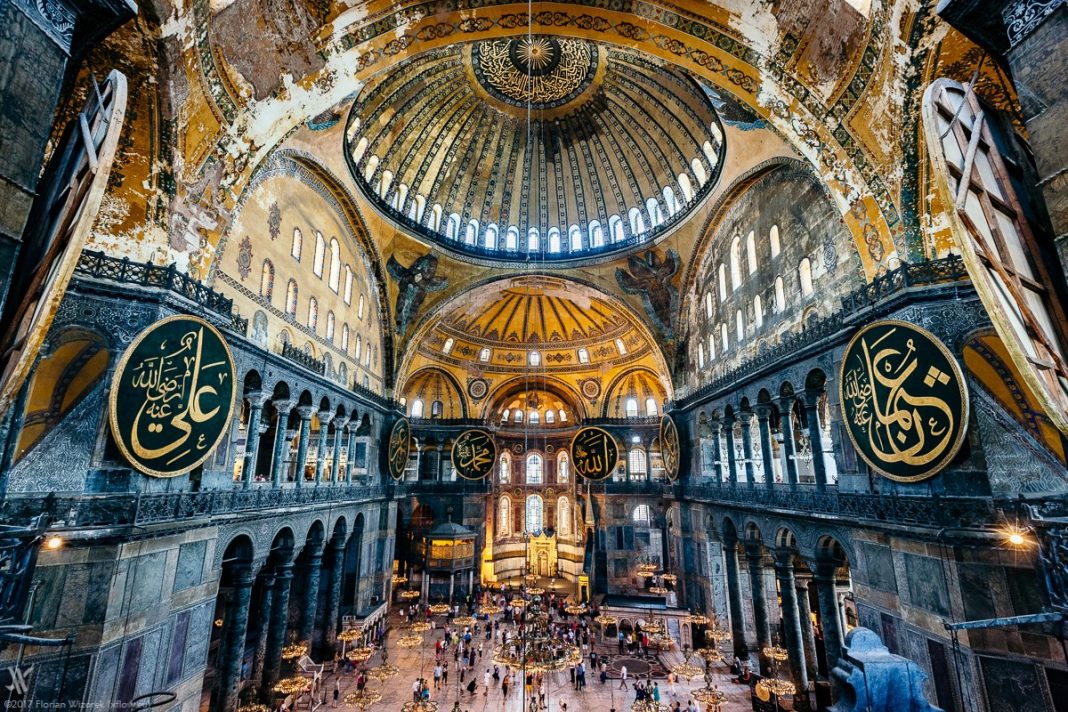 Judith Herrin is an emeritus professor at King’s College London. She wrote an article on Hagia Sophia with a historical and semantic approach. Her article below was published in the Washington Post on July 15, 2020.

Turkish President Recep Tayyip Erdogan is famous for saying, “If we lose Istanbul, we lose Turkey.” Last year, he lost the city’s municipal elections. Today, he is trying to reverse his sliding popularity by backing a religious fundamentalism that threatens Turkey’s minorities, the country’s secular character and Istanbul’s historic role as a tolerant metropolis where Muslim, Christian and Jewish faiths coexisted for centuries.On Friday, Erdogan’s shortsighted, cynical campaign struck at the very heart of world culture and Istanbul’s essential character. At his instigation, Turkey’s highest administrative court issued a scandalously dangerous and bigoted decision: Hagia Sophia, a UNESCO world heritage site in Istanbul and a global symbol of world history and multicultural representation, should convert from a museum back to a mosque.

By serving as a museum, Hagia Sophia, a vast, 1,500-year-old structure that previously served as a church and then a mosque, represented the essence of Istanbul, a place where world-changing empires and religions conflicted and intersected but whose monuments and artifacts can be enjoyed by all. Friday’s ruling marks a symbolic end to this legacy of tolerance.

Hagia Sophia’s history contains the city’s history. It is a Byzantine church that has dominated the skyline of Istanbul, formerly Constantinople, for the city’s entire history. When the Ottomans conquered the city in 1453, it became a mosque. In 1935, Kemal Ataturk, the founder of modern, secular Turkey, made it a museum, and Hagia Sophia was opened to all as a cultural and scientific site. It became a tremendous tourist attraction. Visitors marvel at not only its structure but also the layers of history it embodies.

Constantinople was founded in 330 A.D. by the Roman Emperor Constantine I. He selected an amazing site overlooking the Bosporus with strategic control of the Black Sea. In his “New” Rome, he built an imperial capital that outstripped “Old” Rome.

His son constructed the first church dedicated to “Hagia Sophia,” Holy Wisdom. It served as the cathedral, where the patriarch conducted services attended by the emperor and empress as well as the local population.

As the city expanded, so did the church. In 537, Emperor Justinian, whose rule stretched from Italy to Sinai, dedicated the present structure as an expression of might and piety. It has an enormous dome, 102 feet in diameter, at a height of 184 feet. For nearly 1,000 years, it was the highest and largest in the world.

Decorated in contrasting colored marbles brought from all parts of the Mediterranean, the entire interior surface of Hagia Sophia glowed with golden and silver mosaics that reflected the light flooding in through its many windows.

Justinian’s original church had one internal decoration: a monumental, glittering cross in the dome, now removed. In the late ninth century, figural mosaics were added: the Virgin and Child in the main apse, with the archangels Michael and Gabriel on either side. Later rulers, including the Empress Zoe, commemorated themselves with beautiful gold mosaic portraits and Christian icons.

The great church established the standard. When the Arabs broke out of the deserts to proclaim the faith of Islam, they modeled their first mosques on the Christian domes pioneered by the Byzantines. So when the Turkish Sultan Mehmet II breached the triple walls and rode into Constantinople in May 1453, he could order the symbol of the city, Hagia Sophia, to be transformed into a mosque rather than destroying it.

Under Islamic law, the figural mosaics were either removed or plastered over, a huge loss and a warning of what might happen again. Indeed, while Turkish officials on Friday promised the mosaics won’t be removed, on Monday they announced that they will be covered by curtains or lasers during Muslim prayers.

To turn the unrivaled building back into a place of worship threatens open access to a magnificent structure and the building’s invaluable mosaic decorations. By restricting access to Istanbul’s greatest historical legacy, Erdogan assaults the cosmopolitan traditions that make the city and Turkey itself a crossroads for the world. It is an act of cultural cleansing.

This is a decision of a beleaguered autocrat — the most dangerous — motivated by a desire to punish Istanbul’s inhabitants, who voted decisively against him, and by a desire to consolidate his position by stirring sectarian animosity between his pious followers and those attached to secular traditions. Hagia Sophia belongs to the world. Its fate is not just a matter, as Erdogan defensively insists, of Turkish sovereignty.

Share the post « Judith Herrin on Hagia Sophia: “Converting Hagia Sophia into a mosque is an act of cultural cleansing” »