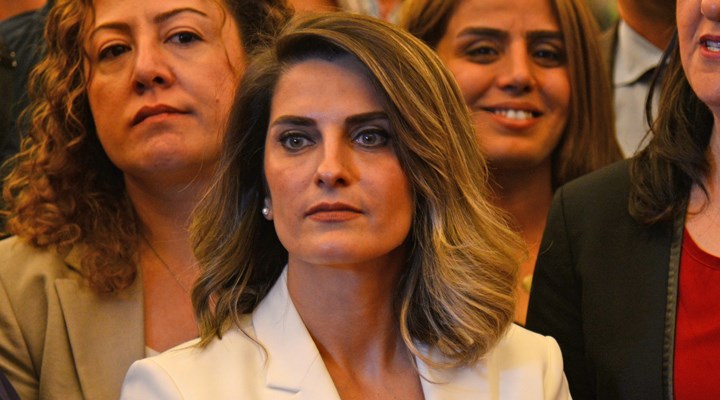 « HDP’s women’s branch said that the sentence is part of “an attack for vengeance”, » reports Ahval.

Başak Demirtaş, a teacher who is married to jailed Kurdish politician Selahattin Demirtaş, was issued a prison sentence of two years and six months for filing a false health report to use her sick days, Mezopotamya Agency reported on Thursday.

Demirtaş had suffered a miscarriage in 2015, and had to take days off for doctor’s visits on 10 occasions. In two of the visits, she had operations due to complications, Mezopotamya cited her lawyers as saying in a statement.

According to the lawyers, Demirtaş was issued a report dated December 14, while the doctor’s visit was on December 11, in a clerical error.

“That this verdict came out now, when Başak Demirtaş is in the public eye and is being targeted, is not a coincidence. This is the product of an understanding of collective punishment,” Demirtaş’s lawyers said.

After the doctor’s visits in question, in the second half of the school year, Demirtaş took an unpaid leave out of her own volition, her lawyers said.

In September last year, Demirtaş resigned from her job at a public school as her duties clashed with the visitation dates for her husband Selahattin Demirtaş, the former co-chair of Turkey’s second largest opposition party, the left-wing pro-Kurdish Peoples’ Democratic Party (HDP).

Selahattin Demirtaş has been behind bars since November 2016 in what the European Court of Human Rights (ECHR) has called a “politically-motivated” trial. The ECHR has called for the Kurdish politician’s immediate release in a binding ruling for Turkey. However, Ankara has not complied, despite the Committee of Ministers of the Council of Europe joining the top court in its call.

In a video message last week, Demirtaş said her husband had been “kidnapped” from their home, calling out the unfair treatment the family has endured.

Turkey’s own laws had been trampled, Demirtaş said, adding that the country’s economic woes were caused by the government’s desire to silence the opposition.

“When we look at this beautiful country that is rendered to a complete mess, I wonder if they look back and think whether if all that they did was worth it,” she said.

“This attack on Başak Demirtaş by the hand of the judiciary is the desperation of not being able to handle Selahattin Demirtaş,” the politician’s lawyer Mahsuni Karaman said in a tweet.

The sentence is part of “an attack for vengeance”, HDP’s women’s branch said.

"Turkey was forced to relocate its Ethiopian embassy to Kenya after increasing threat out of its involvement in the country’s clashes with the Tigray...
Read more