New Book : “Multicultiralism in Tukey – The Kurds And The State ” by Durukan Kuzu 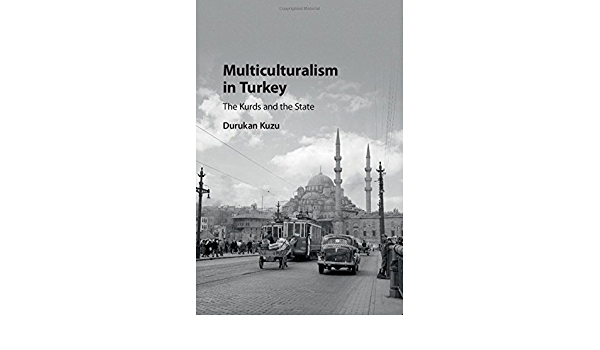 “Over the past couple of decades, there have been many efforts to seek a solution to the often violent situation in which Kurdish citizens of Turkey find themselves. These efforts have included a gradual programme of political recognition and multiculturalism. Here, Durukan Kuzu examines the case of Kurdish citizens in Turkey through the lens of the global debate on multiculturalism, exploring the limitations of these policies. He thereby challenges the conventional thinking about national minorities and their autonomy, and offers a scientifically grounded comparative framework for the study of multiculturalism. Through comparison of the situation of Kurds in Turkey with that of other national minorities – such as the Flemish in Belgium, Québécois in Canada, Corsicans in France, and Muslims in Greece – the reader is invited to question in what forms multiculturalism can work for different national minorities. A bottom-up approach is used to offer a fresh insight into the Kurdish community and to highlight conflicting views about which form the politics of recognition could take.”

Durukan Kuzu, Coventry University
Durukan Kuzu is a research fellow and senior lecturer at Coventry University. He holds a Ph.D. in Comparative Politics from the London School of Economics and Political Science, and has taught courses on the theory and problems of nationalism in the Government Department at the LSE. He was the co-Chair of the Association for the Study of Ethnicity and Nationalism, UK, and has published in political science journals including Nations and Nationalism and Comparative European Politics. He contributes to media outlets such as CNN International and advises the Immigration and Refugee Board of Canada on the treatment of Kurds in Turkey.