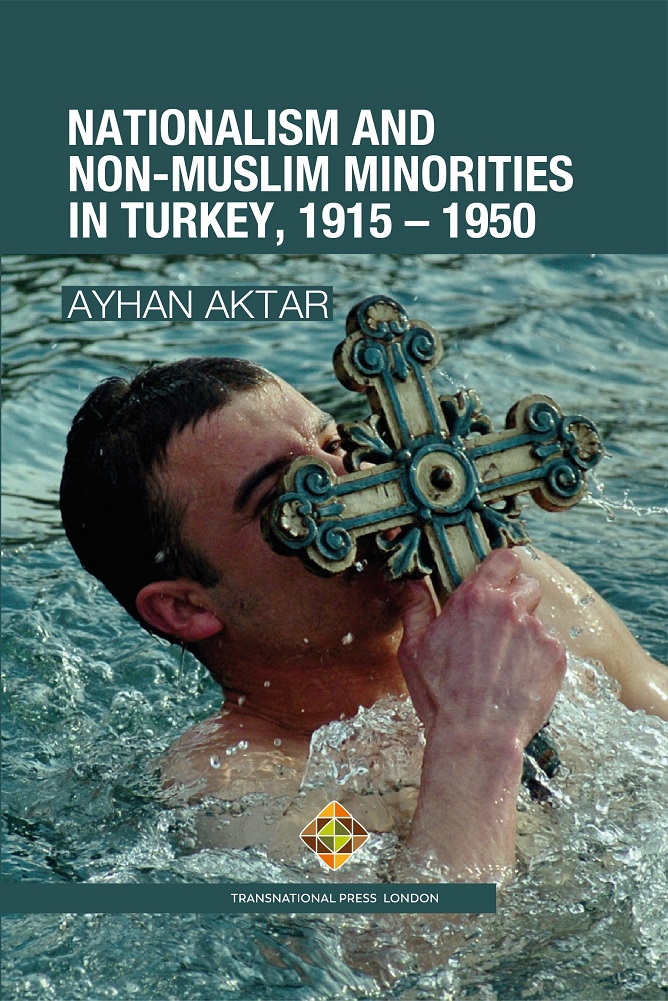 Ayhan Aktar has been working on anti-minority policies in modern Turkey since 1991. In the Ottoman Empire’s final decade (in 1906), non-Muslims constituted 20% of the population; by 1927, they were reduced to 2.5% and, nowadays, they make up less than 0.02% of the population of Modern Turkey. Armenians were subjected to deportations (1915), Greeks were ‘exchanged’ (1922–1924) and Jews were forced to migrate abroad (after 1945). Like many other nation-states in the Near East, Turkey has been able to homogenize its population on religious grounds. This book is a collection of Aktar’s articles about this transformation.

Aktar criticises nationalist historiographies and argues « For instance, a scholar conducting research on the Jewish community during the republican period could easily come to the conclusion that only Jews were discriminated against by the Turkish state. However, this is only partially true! All non-Muslim minorities were discriminated against and their stories cannot be understood unless the Turkish state and its policies are placed at centre stage. Utilizing diplomatic correspondence in the British and US National Archives has enabled me to understand anti-minority policies as a whole and to treat the subject within a totality. »

This book will interest scholars and students of nationalism, minority studies and Turkish history and politics.

Chapter 2. Organizing The Deportations and Massacres: Ottoman Bureaucracy and the Cup, 1915 – 1918