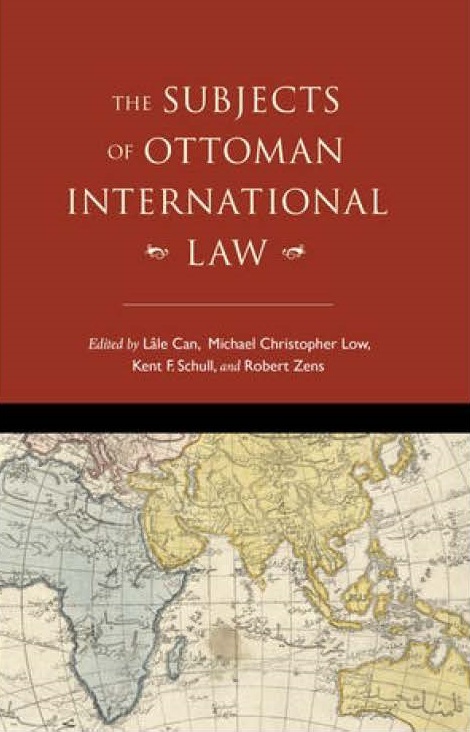 “The core of this edited volume originates from a special issue of the Journal of the Ottoman and Turkish Studies Association (JOTSA) that goes well beyond the special issue to incorporate the stimulating discussions and insights of two Middle East Studies Association conference roundtables and the important work of additional scholars in order to create a state-of-the-field volume on Ottoman sociolegal studies, particularly regarding Ottoman international law from the eighteenth century to the end of the empire. It makes several important contributions to Ottoman and Turkish studies, namely, by introducing these disciplines to the broader fields of trans-imperial studies, comparative international law, and legal history. Combining the best practices of diplomatic history and history from below to integrate the Ottoman Empire and its subjects into the broader debates of the nineteenth-century trans-imperial history this unique volume represents the exciting work and cutting-edge scholarship on these topics that will continue to shape the field in years to come. “

1. Foreword, by Kent F. Schull and Robert Zens
2. Introduction, by Lâle Can and Michael Christopher Low
3. Freeing “The Enslaved People of Islam”: The Changing Meaning of Ottoman Subjecthood for Captives in the Russian Empire, by Will Smiley
4. The Well-Defended Domains: Eurocentric International Law and the Making of the Ottoman Office of Legal Counsel, by Aimee M. Genell
5. What Ottoman Nationality Was and Was Not, by Will Hanley
6. Unfurling the Flag of Extraterritoriality: Autonomy, Foreign Muslims, and the Capitulations in the Ottoman Hijaz, by Michael Christopher Low
7. The Protection Question: Central Asians and Extraterritoriality in the Late Ottoman Empire, by Lâle Can
8. An Uncertain Inheritance: The Imperial Travels of Legal Migrants, from British India to Ottomon Iraq, by Julia Stephens
9. The British-Ottoman Cold War, c. 1880–1914: Imperial Struggles over Muslim Mobility and Citizenship from the Suez Canalto the Durand Line, by Faiz Ahmed
10. Pan-Islamic Propagandists or Professional Diplomats? The Ottoman Consular Establishment in the Colonial Indian Ocean, by Jeffrey Dyer
11. Travel Documents, Mobility Control, and the Ottoman State in an Age of Global Migration, 1880–1915, by David Gutman
12. “Claimed by Turkey as Subjects”: Ottoman Migrants, Foreign Passports, and Syrian Nationality in the Americas, 1915–1925, by Stacy D. Fahrenthold
13. Afterword: Ottoman International Law?, by Umut Özsu
14. Select Bibliography
15. Contributors
16. Index