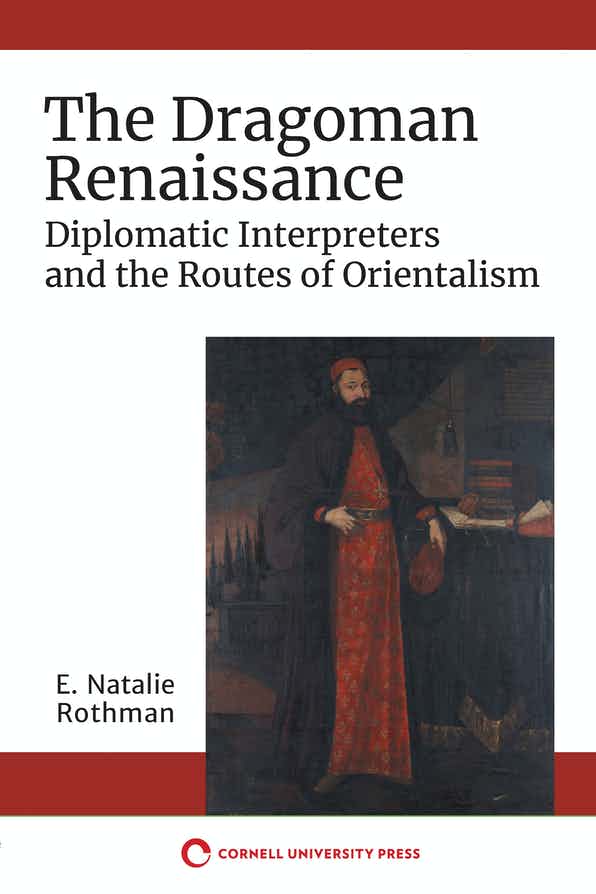 In The Dragoman Renaissance, E. Natalie Rothman traces how Istanbul-based diplomatic translator-interpreters, known as the dragomans, systematically engaged Ottoman elites in the study of the Ottoman Empire—eventually coalescing in the discipline of Orientalism—throughout the sixteenth and seventeenth centuries.

Rothman challenges Eurocentric assumptions still pervasive in Renaissance studies by showing the centrality of Ottoman imperial culture to the articulation of European knowledge about the Ottomans. To do so, she draws on a dazzling array of new material from a variety of archives. By studying the sustained interactions between dragomans and Ottoman courtiers in this period, Rothman disrupts common ideas about a singular moment of « cultural encounter, » as well as about a « docile » and « static » Orient, simply acted upon by extraneous imperial powers.

The Dragoman Renaissance creatively uncovers how dragomans mediated Ottoman ethno-linguistic, political, and religious categories to European diplomats and scholars. Further, it shows how dragomans did not simply circulate fixed knowledge. Rather, their engagement of Ottoman imperial modes of inquiry and social reproduction shaped the discipline of Orientalism for centuries to come.

Thanks to generous funding from the Andrew W. Mellon Foundation, through The Sustainable History Monograph Pilot, the ebook editions of this book are available as Open Access volumes from Cornell Open (cornellopen.org) and other repositories.