One Year On : Lament Inaction ON Khashogi Murder ! 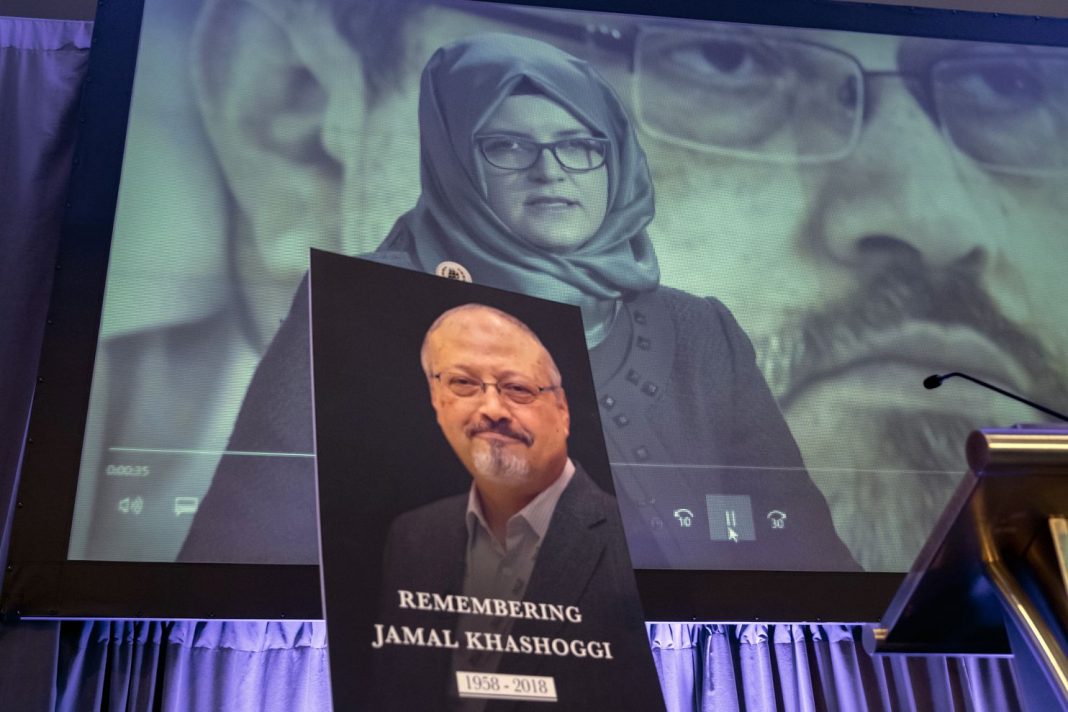 One year after the murder of journalist Jamal Khashoggi in the Saudi Consulate in Istanbul, advocates for human rights and press freedom highlight failures in bringing the perpetrators to justice.

A vigil for Jamal Khashoggi began today with a moment of silence in front of the Saudi Consulate in Istanbul at 1:14 p.m., the time the journalist entered the building one year ago, never to be seen by the outside world again.

Now, as the perpetrators of the crime have yet to face justice, global leaders and companies are resuming relations with the Saudi government, which is widely believed to have directed the murder. Human rights advocates are concerned impunity would come to define the Khashoggi case, setting a dangerous precedent for press freedom worldwide.

“Our biggest fear is that the international community allows Saudi Arabia to be somehow rehabilitated in terms of its reputation and to go back to normal,” Scott Griffen, deputy director at the Vienna-based International Press Institute, told Al-Monitor.

Griffen added that the case “both shows the huge challenge we face in holding those who kill journalists to account and, unfortunately, I think it potentially emboldens violence against journalists. If a state like Saudi Arabia can get away with this kind of act openly, then this certainly sends a message that others could potentially do it, as well.”

On Oct. 2, 2018, Khashoggi entered the Saudi Consulate in Istanbul to collect marriage documents for his fiancee, Hatice Cengiz, a Turkish researcher, and was not seen to have exited the facility. Following separate investigations by Turkish intelligence, the United Nations and the US Central Intelligence Agency, officials determined Khashoggi had been killed within minutes of entering the building, his body dismembered and disappeared, all under the direction of high-ranking members of the Saudi government.

A report published this summer by UN Special Rapporteur Agnes Callamard says there was “credible evidence” linking the crown prince to the Khashoggi murder and its cover-up.

Such findings have only amplified international calls for justice, to which Saudi officials have responded with an ongoing closed trial of 11 suspects, five of whom are facing the death penalty. Still, human rights advocates claim the judicial process lacks transparency and one of the primary alleged organizers of the murder, crown prince aide Saud al-Qahtani, is not among the prosecuted.

“The lack of public access to hearings and the allegation that some of Khashoggi’s murderers enjoy de facto freedom all fail to meet the international community’s expectations and tarnish the image of Saudi Arabia,” Turkish President Recep Tayyip Erdogan wrote in a recent Washington Post op-ed, though his government has also been condemned for jailing more than 100 journalists in Turkey.

Meanwhile, critics have raised concerns over the resumption of political and business relations with Saudi entities, as the nation prepares to host its “Davos in the Desert” conference later this month. Though many global leaders shunned the 2018 event, The Washington Post reported this year’s attendance list includes senior executives from Goldman Sachs, Citigroup and BlackRock as well as Jared Kushner, a White House adviser and US President Donald Trump’s son-in-law.

JPMorgan Chase CEO Jamie Dimon said his decision to boycott the conference last year “achieved nothing,” according to Bloomberg.

Erol Onderoglu, the Turkey representative for Reporters Without Borders, said that attendance at such events would be counterproductive for bringing accountability to the Khashoggi case and that the global leaders should instead continue to push for an international investigation into the murder. He also said Saudi Arabia should be stripped of its Group of 20 presidency next year, through which the nation is preparing to host the group’s 2020 summit in Riyadh.

“We cannot argue that the international community has created incentives for Saudi Arabia to confront the truth,” Onderoglu told Al-Monitor, adding there were multiple, smaller steps that could be taken to improve press freedom in the kingdom, such as releasing the more than 30 journalists behind bars in the country.

At the Istanbul vigil Wednesday, Cengiz, Washington Post owner Jeff Bezos and the paper’s publisher, Frederick J. Ryan Jr., unveiled a memorial stone for Khashoggi along with a group of human rights advocates.

Asli Aydintasbas, a senior fellow at the European Council on Foreign Relations, attended the event after writing her own op-ed in the Post in which she said “the age of impunity has descended upon us.”

“In writing the column, I had this nagging sentence in my head: ‘Has he actually died in vain?’” Aydintasbas told Al-Monitor. “If you look at the conduct of global affairs, you could say, yes, he died in vain, nothing has changed.”

“Trump’s attitude to the whole affair has defined this situation,” Aydintasbas continued, referring to the US president’s reluctance to pass legislation sanctioning the Saudi government for Khashoggi’s murder.

She said global leaders have taken a more transactional approach to foreign relations. As nations compete for influence and power, “There is no room for people like Jamal Khashoggi, people like Osman Kavala or Selahattin Demirtas. They see them as small people.”

“Jamal’s murder doesn’t tell us anything new about the brutality of the Saudi regime,” Aydintasbas said. “It tells us there’s a new West in terms of how it perceives itself and its relationship with the world order. [There’s] no faith in enforcing a values-based system and it has resigned to a world in which liberal democracy is for the few who live in Europe and the United States.”