Thousands gathered on March 20 to celebrate Newroz, the Kurdish New Year, marking the arrival of spring in several provinces across Turkey. 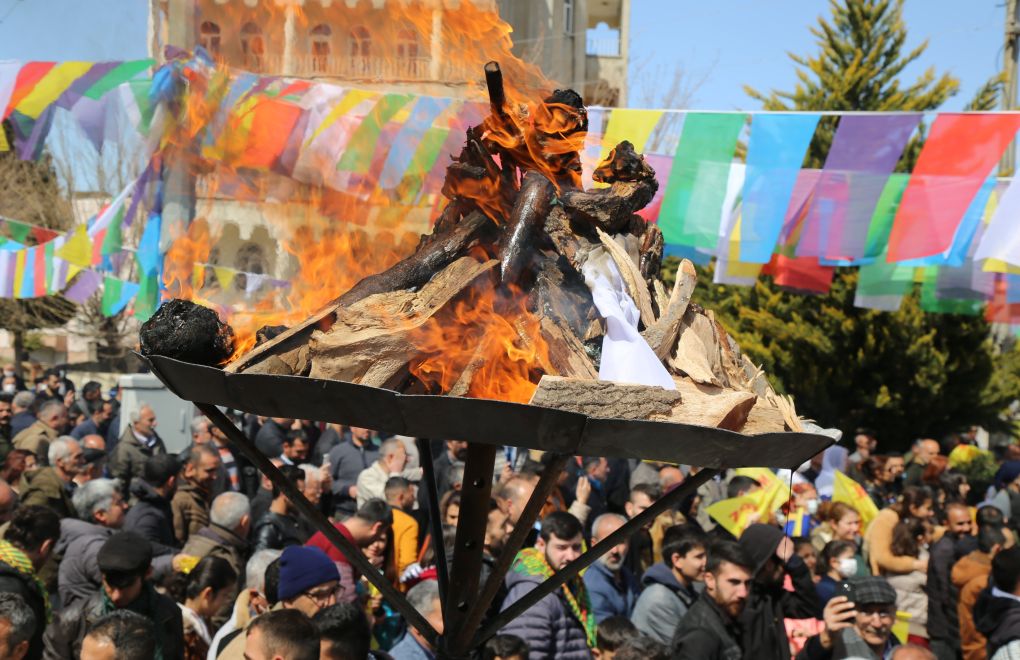 Thousands gathered at Istanbul’s Yenikapı Square to celebrate the arrival of spring, with the attendance of pro-Kurdish Peoples’ Democratic Party (HDP) co-chair Mithat Sancar, non-governmental organizations, and many other representatives of political parties.

Some 83 people were detained after the event in Istanbul, according to the Istanbul Governor’s Office.

The Lawyers for Freedom Association (ÖHD) said the detainees were battered and mistreated by police, adding that the reason behind the detention was that they allegedly stayed in the area for longer than the scheduled time allowed for the event.

It added that they would later be released from detention.

The celebration in Istanbul was led by the Peoples’ Democratic Congress (HDK) with the slogan “Dem dema serkeftinêye” (Now it is time to win).

“They have now started the hegemony they started 30 years ago in our south in our north, in Ukraine,” the presenter of the event, Tuğçe Özçelik, said in her speech at the event.

“We want the people to reach democracy and freedoms and the Kurdish issue to be solved through democratic means in 2022’s Newroz,” HDP Istanbul provincial branch chair Ferhat Encü told Gazete Duvar.

“This is a difficult road, it is full of obstacles, oppressions and pressure, but no power stopped, and will stop, us from our march. Because now, it is time to win,” he added.

Jailed former HDP co-chair, Selahattin Demirtaş, called on citizens to attend the Newroz celebrations in Diyarbakır and marked the New Year in a tweet in Zazaki, Kurmanji and Turkish.

In Gaziantep, photos of Deniz Poyraz, a staffer who was murdered at the  HDP’s İzmir provincial branch last year, and Kemal Kurkut, a young Kurdish man killed by the police during Newroz celebrations in 2017 in Diyarbakır, were held by those who flocked to the celebrations.

Newroz, this year, was celebrated as the HDP, Turkey’s second-largest opposition party, faces the possibility of a closure after the country’s top prosecutor demanded the party’s dissolution on terror-related charges and the ban of 450 party members from holding political office for five years.

The indictment, accepted by the Constitutional Court, came after calls made by the Nationalist Movement Party (MHP) to permanently shut the HDP down. It follows years of a crackdown on the HDP, in which thousands of its members have been tried on terror-related charges.

A summary of proceedings was launched against HDP MP Feleknas Uca earlier this month for saying the word “Kurdistan” at an event two years ago.

Also, earlier this month, parliament voted to lift the immunity of HDP lawmaker Semra Güzel on accusations of terrorism.