Tukey Hires Lobbying Firm to get Back in F-35 Program 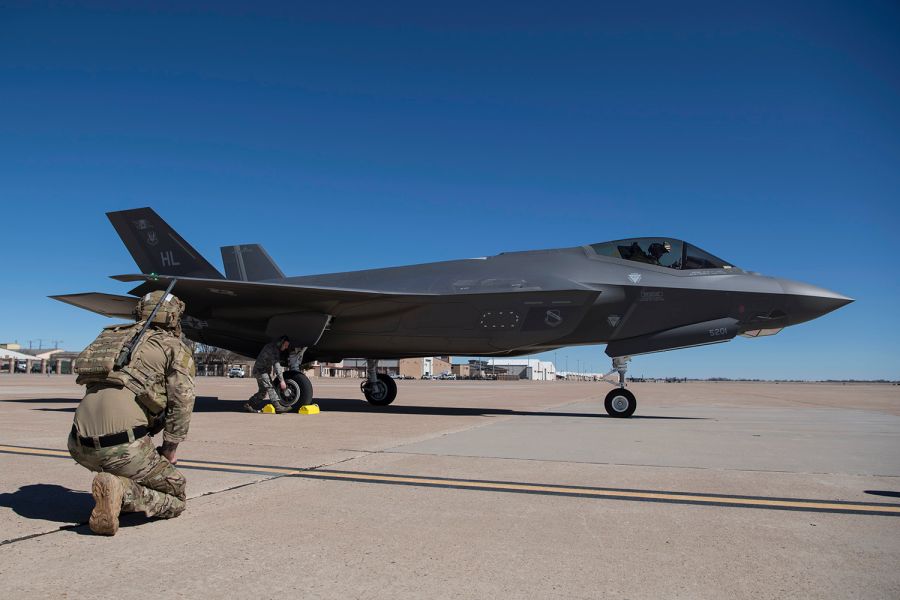 SSTEK is owned wholly by the Defence Industry Directorate’s (SSB) and has signed a $750,000 contract with the law firm, whose partners visited Ankara to finalise the deal earlier this week.

Turkey was removed as a partner from the F-35 fighter jet programme in 2019 over its purchase of Russian-made S-400 missile defence systems, which Washington maintains are incompatible with NATO weapons and pose a security risk. Turkish contractors continue to manufacture parts for the fifth generation jet, despite Turkey’s removal and the implementation of sanctions on the SSB in December.

Arnold & Porter will “advise on a strategy for the SSB and Turkish contractors to remain within the Joint Strike Fighter Program, taking into consideration and addressing the complex geopolitical and commercial factors at play,” it said in the lobbying filing documents.

The firm will also handle “targeted outreach” to participants of the joint strike fighter (JSF) programme for Turkey’s continued involvement in the program “as a strategic ally and valued partner”, while monitoring sanctions that may be relevant to the matter.

Former Croatian lawmaker and former ambassador to the United States Miomir Zuzul is registered as a lobbyist on the contract. Zuzul is joined by A&P partner Raul Herrera, and senior counsel L. Charles Landgraf.

The contract was not signed by the SSB directly, but over the company SSTEK, which could be a way to circumvent the restrictions brought by sanctions on SSB’s activities, defence analyst Özgür Ekşi told Foreign Lobby Report.

Ekşi said Turkey was committed to getting back into the F-35 programme, and doing so was a priority for the Turkish government. “SSB keeps repeating that they are loyal to their international commitments,” Ekşi added.

Turkey’s removal from the F-35 programme was a huge blow to the rising defence industry, Ekşi said, citing Roketsan, whose contract with U.S. giant Lockheed Martin for F-35 parts has provided the company with prestige around the globe for more business.

“What’s the purpose of buying missiles from Turkey when Turkey’s not involved in the aircraft?” Ekşi said.

While Ankara’s prospects may improve under the administration of newly-inaugurated U.S. President Joe Biden, the purchase of S-400s has caused a stir on both sides of the aisle in the Congress, and the SSB was directly targeted by sanctions under the Countering America’s Adversaries Through Sanctions Act (CAATSA).

U.S. Ambassador to Turkey David Satterfield said on Feb. 5 that the United States “hope that the S-400 issue will be resolved. However, if it is not resolved, we will continue to focus our partnership in areas that are not affected by our sanctions.”

The lobbying firm doesn’t provide any guarantees to its clients in the contracts it signs, and getting Ankara back into the F-35 program would be “a tough sell”, it said.

Turkey has been searching for alternative solutions to the matter, with Defence Minister Hulusi Akar proposing a “Crete model” on Feb. 9 in an interview with Hürriyet newspaper.

Akar’s suggestion would entail Turkey not keeping the S-400s active. “It’s not like we will always use (the S-400s),” Akar said. “These systems are made operational depending on the threat assessment. It’s us who decide on this.”