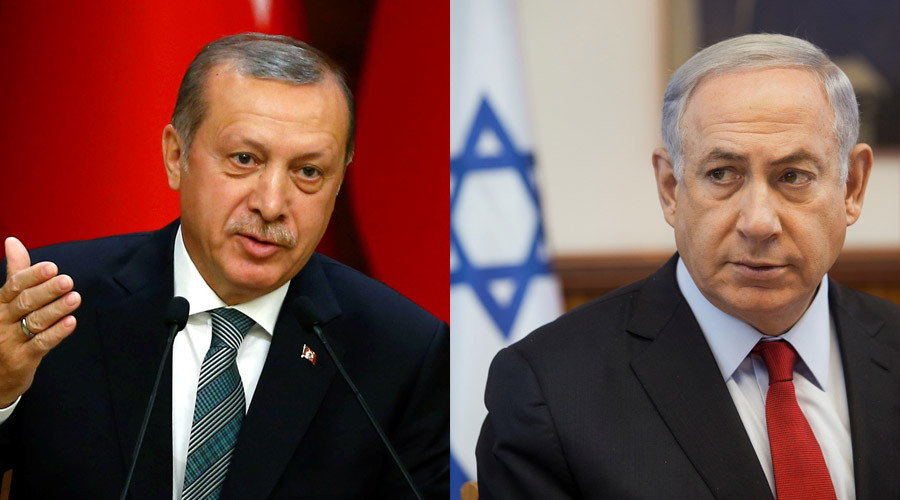 Amberin Zaman wrote for Al-Monitor about post-Trump politics of Erdogan. Below, you can read her article published 30 November 2020.

The Biden administration will not be as lenient on Turkey as the outgoing administration has been, and Recep Tayyip Erdogan finds his country increasingly isolated.

The chief of Turkey’s national intelligence service has been holding secret talks with Israeli officials, part of a Turkish-initiated effort to normalize relations, well-placed sources have told Al-Monitor. Speaking to Al-Monitor on condition that they not be identified by name, three sources confirmed that meetings had taken place in recent weeks with Hakan Fidan representing Turkey in at least one of them, but they declined to say where. Governments typically decline to formally comment on intelligence-related issues.

One of the sources said, “The traffic [between Turkey and Israel] is continuing,” but he did not elaborate. There has been no ambassador in either country since May 2018, when Turkey showed Israel’s ambassador the door over its bloody attacks on Gaza and Washington’s decision to move its embassy from Tel Aviv to Jerusalem.

Fidan is believed to have held several such meetings in the past, to discuss joint security concerns in Syria and Libya among other things, as first reported by Al-Monitor, but the sources said the latest round was specifically aimed at upgrading ties back to ambassador level.

There is mounting worry in Ankara that the incoming Joe Biden administration will be less indulgent of Turkish President Recep Tayyip Erdogan’s bellicosity, which has seen Turkey mount three separate incursions against the Syrian Kurds since 2016, send troops and Syrian mercenaries to Libya and Azerbaijan, and lock horns with Greece in Aegean and Eastern Mediterranean waters. The biggest concern is that, unlike President Donald Trump, Biden will not shield Turkey from sanctions over its purchase of Russian S-400 missiles and for Turkish state lender Halkbank’s paramount role in facilitating Iran’s multibillion-dollar illicit oil for gold trade.

“The calculation is that making nice with Israel will win them favor with the Biden team,” said a Western official speaking not for attribution. “It’s like Lucy and the football; it works each time,” he said, referring to a recurring theme in the world-famous cartoon strip “Peanuts.”

Gallia Lindenstrauss, a senior research fellow at the Israeli Institute for National Security Studies, agrees that there’s a window of opportunity for turning the page. “I would think it would be in the interest of both states not to overstate the meaning of the step of bringing the ambassadors back. As relations were not downgraded in 2018, it is from the diplomatic protocol point of view a simple step.”

“Both states can present it as a goodwill step for the coming Biden administration that is likely to be more interested in relaxing tensions between Israel and Turkey than the Trump administration, which didn’t push this agenda at all,” Lindenstrauss added in emailed comments to Al-Monitor.

Commercial ties between the two countries — vaunted as the only pro-secular democracies in the Middle East until Erdogan took a sharply authoritarian turn — have remained intact.

But one of the sources aired skepticism at the prospects of a real reset “for as long as Turkey continues to be the global headquarters for Hamas.”

“What Turkey can provide at this point, and Israel would want, are Turkish reassurances that Hamas is not using its soil to orchestrate terror activities againt it and the Palestinian Authority. Such promises were given to Israel in the past, but there have been reports they were in fact broken. More concrete reassurances in this direction hence can be a good starting point,” Lindenstrauss observed.

Israel alleges that hundreds of Hamas operatives, among them US-designated terrorists who have plotted attacks against the Jewish state, have been offered sanctuary and in some cases Turkish nationality by Ankara. In August, the State Department blasted Ankara for hosting two Hamas leaders, including Ismail Haniyeh, head of the Hamas political bureau. “President Erdogan’s continued outreach to this terrorist organization only serves to isolate Turkey from the international community, harms the interests of the Palestinian people, and undercuts global efforts to prevent terrorist attacks launched from Gaza,” it said in a statement.

Egypt, which has also had rocky relations with Turkey since the ouster of Mohammed Morsi, similarly accuses Turkey of harboring its Muslim Brotherhood opponents.

The prevailing consensus is that the United States’ waning diplomatic and military engagement in the region has eased what many view as Turkish irredentism in its former Ottoman dominions. However, despite its success in curbing Kurdish ambitions in Syria, salvaging Libya’s Government of National Accord from the jaws of a rival warlord, and helping Azerbaijan (as did Israel) defeat Armenia, Turkey has found itself increasingly isolated. Israel, Egypt, Greece and Cyprus have united against Ankara’s ongoing gas drilling operations in contested waters in the Eastern Mediterranean through a mix of economic and military cooperation accords.

More broadly, Saudi Arabia, France and the United Arab Emirates in particular have been pushing back against Erdogan’s efforts to expand Turkey’s military hegemony across the Levant, the Maghreb and the Horn of Africa.

The UAE and Bahrain’s decision to establish diplomatic ties with Israel — scoring brownie points in Washington is part of their calculus too — has left Turkey looking even more friendless. Israeli Prime Minister Benjamin Netanyahu will be in no rush to make up with Ankara just as he is courting Turkey’s Gulf foes.

Turkey’s growing economic difficulties are seen at the root of Erdogan’s efforts to shift course. These are poised to grow sharply worse despite continued Qatari benevolence should US or EU sanctions come into play. Tellingly, Turkey withdrew its seismic exploration vessel, the Oruc Reis, from the disputed Mediterranean waters Nov. 30 ahead of an EU summit that is due to be held Dec. 10-11 and where sanctions against Ankara are to be weighed.

In a further climb down, Ankara has now reached out to Saudi Arabia. Erdogan spoke to Saudi King Salman bin Abdul-Aziz Al Saud Nov. 21 ahead of a G20 summit chaired by Saudi Arabia. Turkish officials quoted by Middle East Eye said Erdogan sought his help to end an unofficial boycott of Turkish goods that is beginning to take a toll. Turkey’s exports to the kingdom fell 15% in September compared with the same period last year, the third straight month of decline, Bloomberg reported.

Relations between the two countries took a nosedive following the gruesome Oct. 2018 murder of dissident journalist Jamal Khashoggi at the Saudi consulate in Istanbul. Turkey led a noisy campaign to expose Saudi Crown Prince Mohammed bin Salman’s alleged role in the affair. Last week a Turkish court added six new defendants to the 20 Saudis who are being tried in absentia — including two close aides of the prince — for their alleged participation in killing and then dismembering Khashoggi.

Erdogan had spurned Salman’s entreaties to bury the story in the days following Khashoggi’s death. The prince’s global image has been sullied beyond repair, with the United Nations and the CIA pointing to his complicity. Yet he remains stronger than ever with many Saudis rallying behind their prince in the face of what they see as a global conspiracy.

Turkey’s goal was to prevent the prince’s accession to the throne, reckons Ali Shihabi, a New York-based expert on the Middle East and the co-author of “The Saudi Kingdom: Between the Jihadi Hammer and the Iranian Anvil.”

“What the Khashoggi affair exposed beyond all was Erdogan’s lack of understanding of how the Saudi succession works,” Shihabi told Al-Monitor in a telephone interview. Moreover, the notion that any wedge could be driven between the king and his son was never realistic.

While the Saudis are open to bringing relations to a “level of cordiality,” Shihabi contended, the steady drip of incriminating evidence against the crown prince through the international media “left a very bad taste.”

“I don’t see that mistrust of Erdogan disappearing any time soon. Not before Erdogan moderates his regional fantasies,” Shihabi predicted.

Editor’s note: Dec. 1, 2020. This article has been updated since its initial publication.