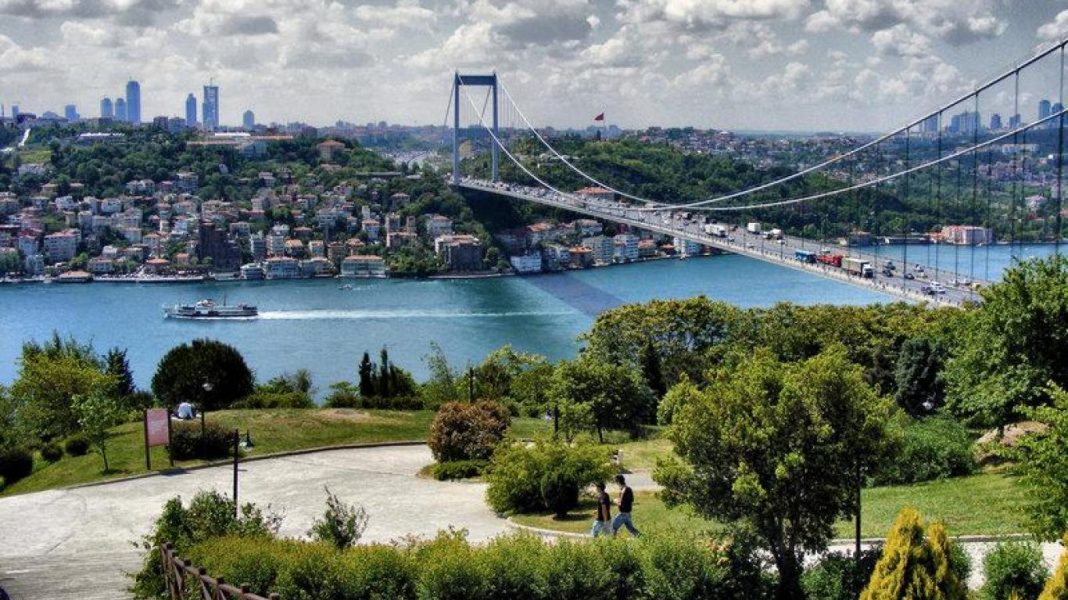 Beyond Trumpian tweets and Turkish chest­beating reactions, a dispassionate look at the relationship between Turkey and its traditional Western allies reveals that economic, defense, and counterterrorism issues will dominate their mutual agenda in 2019.

In the end, much will depend on what will be left of liberties and democracy in Turkey and whether Ankara’s leadership will feel comfortable permanently balancing its newly acquired illiberal friendships with its traditional Western affiliations.

The first big thing to watch is the economy.

After years of robust economic growth under AKP rule, Turkey is sailing in turbulent waters. First, it remains a structural deficit country with low savings, limited natural resources, and high dependence on Russia and Iran for gas supplies.

Second, its trade performance and foreign direct investment inflows (74 percent of which are provided by the European Union) are largely dependent on the EU. The country is therefore also heavily reliant on the EU’s economic health and the mutual political relationship.

Third, the concentration of economic powers in the hands of the president makes Turkey even more

fragile. Already during the summer of 2018, the country narrowly avoided a major currency crisis largely due to presidential interference with the Central Bank’s independence. Now, the trend is being reinforced: on January 15, parliament granted the president extensive emergency powers in case of a new financial crisis. It also created a “Financial Stability and Development Committee,” again headed by the head of state.

Financial markets and foreign investors can only be worried by such developments. Turkey’s economy has now fallen under autocratic rule. It will therefore continue to be dependent on unconventional interest

rate policies—with the president insisting on zero or low rates as a matter of Islamic practice—and will be even more under the influence of the leadership’s unchallenged views. The penchant for mega­ infrastructure projects as a matter of prestige will remain.

The bottom line, however, is a simple one: the European Union is Turkey’s irreplaceable partner for exports, service provision, and foreign direct investment, with the United States potentially playing a substantial role in the defense industry. Conversely, apart from the energy sector, Russia doesn’t have

anything to offer and is unwilling to share military technology. Therefore, endlessly dismantling Turkey’s rule­of­law architecture runs against boosting trade and investment with EU countries or revamping the mutually beneficial customs union.

The second space to watch is defense.

In the defense field, Turkey’s missile procurement is the issue of the year. U.S. Congress and the Trump administration will inevitably have to take a firm stand on the total incompatibility between Turkey’s procurement of Russian­made S­400 missile defense systems and the deployment of American­made F­ 35 stealth fighters in its air force (and later in its navy, with the light aircraft carrier currently under construction).

Experts have documented the dead end at which Turkish authorities have arrived and have proposed alternative solutions, such as switching procurement of Russian equipment from missile defense to anti­ aircraft defense.

Politically, the consequences of juggling military procurement from two antagonistic sources are huge. They will potentially affect the country’s operation of its U.S.­made existing and future aircraft inventory, the performance of its future maritime projection capabilities, and the development of its own defense industry.

The third issue to watch is counterterrorism.

Turkey’s counterterrorism narrative places heavy emphasis on fighting the Gülen movement and the Kurdish combatants in Turkey (PKK) and Syria (YPG) over fighting ISIL. This political choice is reflected in the jail population: according to Human Rights Watch, out of 48,924 jailed citizens who have either been charged or convicted with terrorism offenses, 70 percent are held for alleged Gülenist links, 21 percent for alleged PKK links, and less than 3% for alleged ISIL links.

Despite Ankara’s extensive diplomatic efforts, the fight against the Gülen movement is not seen by Turkey’s Western partners as counterterrorism, but rather as a self­engineered political fiasco. Internally, the leadership blames many of the country’s woes on the Gülen movement, its former political ally from 2002 to 2013 which had been acting to infiltrate the Kemalist state from within. This failed strategy has triggered an endless witch hunt at home and abroad. It constitutes the main source of political insecurity for the leadership, with the president going as far as deploring once “showing tolerance” to Gülen (“May God and my nation forgive us,” he said).

Looking at terrorism proper, Turkey’s actions are linked to domestic considerations: fighting the PKK at home and the YPG in Syria, while jailing as many HDP politicians as possible. All are vital components of the president’s strategy to keep control of the political scene in partnership with the nationalist party MHP.

Whether a separation between YPG and PKK forces—a long­standing request from Turkey— can be achieved through the creation of a “safe zone” along the Turkish­Syrian border between the Euphrates and Tigris Rivers will be the subject of complex international discussions in 2019.

Fourth is what happens to liberties and democracy.

The rule­of­law architecture in Turkey is being steadily dismantled. Jailing opponents, muzzling the media, smothering civil society (including with absurd cases such as Osman Kavala’s), and vote rigging have all become Ankara’s preferred strategy for shielding the president from political opposition or mere criticism. This choice isolates the leadership from its Western allies and propels Turkey into the league of authoritarian countries. It goes together with the elimination of any real political relationship with the European Union, which in turn frees the leadership from foreign criticism on the rule­of­law. The country’s political course doesn’t seem to be reversible in the short to medium term.

So, is Turkey’s Western affiliation over?

In Washington, many voices are questioning the solidity of Turkey’s Western affiliation. The massive financial scheme to help Iran circumvent U.S. sanctions against Iran, known as the Zarrab case, and the above­mentioned deal with Russia on S­400 missiles have resulted in a serious breach of confidence. Ankara’s participation in the Astana process—by which Russia, Iran, and Turkey are teaming up to arrive at a political solution in Syria—is also viewed with deep suspicion. Whether Ankara has a carefully laid­out strategy or not, it is clear that Turkey’s Western anchor in the post­1945 era has shown increasing signs of inconsistency since 2002, when the AKP assumed power. Whether such developments amount to a “pivot away from the West” or to a “power­in­the­middle strategy,” the net result is a growing uncertainty about Turkey’s reliability. And 2019 won’t change that.

Kader Konuk: “Challenges to Academic Freedom in the 21st Century”