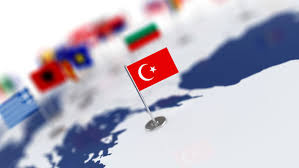 Developments regarding coronavirus continued to be effective in the course of global markets last week. Concerns about the effects of the outbreak on global economic activity have caused the risk perception to deteriorate. While Euro Area economy grew in line with expectations in the last quarter of 2019, economic data in the US indicate that the moderate growth outlook continues. In Turkey, current account balance posted a surplus of 1.7 billion USD in 2019 and industrial production rose by 8.6% yoy in December 2019. Domestic markets remained under pressure in line with global developments.

Moderate growth continues in the USA.

The weekly unemployment insurance claims in the US indicated that the strong outlook in the employment market has been maintained. In January, retail sales data increased by 0.3% on a monthly basis in line with the expectations, while the industrial production decreased by 0.3% slightly above expectations. Consumer prices in the country increased by 0.1% mom in January, slightly below expectations. Thereby, annual inflation in CPI reached 2.5%. Although annual inflation has been on an upward trend since September 2019, the upward pressure on prices is not regarded strong enough to make Fed to hike the interest rates in the near future.

Economic activity in the UK did not change in the fourth quarter of 2019 when compared to the previous quarter. While household consumption expenditures increased by 0.1% in this period, 1% contraction in capital expenditures was noted. The annual growth rate of the UK, which is expected to complete the process of leaving the EU at the end of this year, came in at %1.1 in the fourth quarter of 2019.
In December 2019, industrial production in the Euro Area decreased by 2.1% mom, which was the fastest decline in the past 4 years. Annual decline in production became 4.1% in December, while it was 1.7% throughout 2019. In the last quarter of 2019, economic growth in the Euro Area came in at 0.1% qoq, in line with expectations. Thus, growth in 2019 was realized at 1.2%. While the weak course of industrial production continued throughout the year, the positive outlook in the services sector was the factor that supported economic growth.

The EU Commission updated its estimates for the Euro Area.

The EU Commission published the “Winter 2020 Economic Forecast” Report. While the economic growth in the Euro Area is estimated to be 1.2% in 2020 and 2021, the average inflation forecasts were 1.3% for this year and 1.4% for 2021. The report emphasized that although the trade agreement between the US and China reduced downside risks, the uncertainty created by the US’s trade policies continued. It was also stated that, if the coronavirus outbreak lasts, economic growth expectations and global financing conditions may be adversely affected on a global scale.

The budget gave a surplus in January.

Budget balance gave a surplus of 21.5 billion TRY in January, while primary surplus was 34.2 billion TRY. While budget revenues increased by 26% yoy, the rise in expenses remained at 9.6%. The increase in tax revenues was 21.1% in the first month of the year.

In January, house sales in Turkey increased by 55.8% yoy and reached 113.615. Mortgaged house sales, which were displaying upward trend due to significantly declining interest rates recently, rose by 546% in January.

The market’s year-end inflation expectation is 10.06%.

According to CBRT’s Survey of Expectations, market’s expectation of CPI inflation for the end of 2020 became 10.06% in February. Survey respondents expect 3.5% of GDP growth this year; 3.8% for 2021.

Concerns from coronavirus were determinant in the course of the global markets last week, while domestic markets were also negatively affected by the deterioration in the risk perception. Geopolitical developments also influenced the course of domestic markets. While the BIST-100 index decreased on a weekly basis, compound interest rate of the 2-year benchmark bond became 11.2% with an increase of 68 basis points. TRY, which depreciated against dollar, appreciated against the euro due to the developments in EUR/USD parity.

This week, developments regarding coronavirus and PMI data will be followed closely. In Turkey, CBRT’s policy meeting and Fitch’s assessment for Turkey’s credit rating are to be monitored.

For full report, please see below and attached file:wb_20200203Download