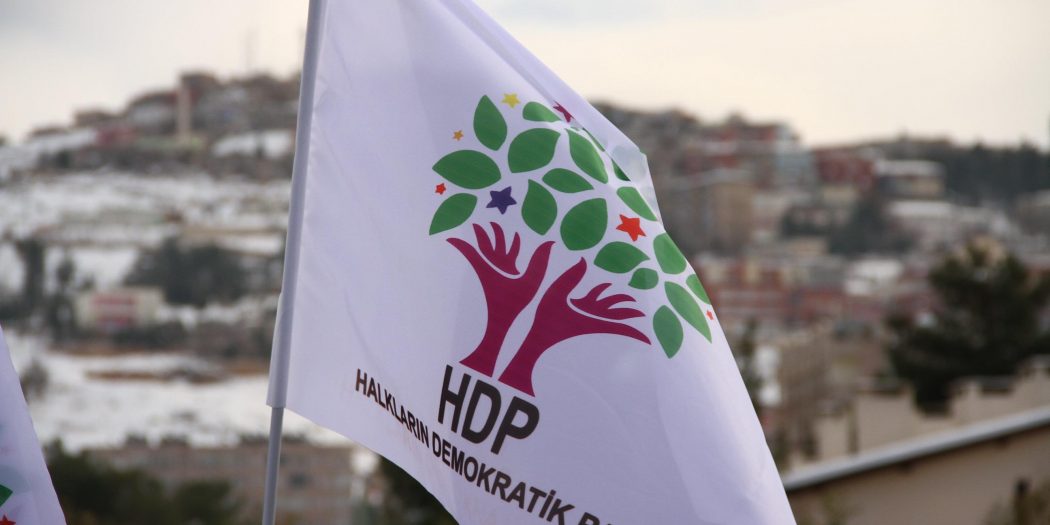 The pro-Kurdish Peoples’ Democratic Party faces renewed pressure in Turkey amid rising calls for its closure and recent court decisions that could see one of its lawmakers removed from parliament.

Turkey’s third-largest opposition party, the pro-Kurdish Peoples’ Democratic Party (HDP), is under mounting pressure amid a slew of legal proceedings and rising calls for its closure by nationalist politicians in Ankara.

Government officials have long accused the party of fostering links to the outlawed Kurdistan Workers Party (PKK), and HDP members are being increasingly targeted after the deaths of 13 Turkish hostages in Iraqi Kurdistan earlier this month, who Ankara claims were executed by PKK militants during an attempted rescue operation.

In the fallout from the event, Turkish police detained 718 people on Feb. 15, including HDP officials, and Turkish President Recep Tayyip Erdogan has since vowed to step up a campaign against the party. This comes as ongoing legal proceedings may lead to the lifting of immunities for nine HDP lawmakers to be prosecuted on terror-related charges, while a separate court decision could see one HDP official removed from parliament, possibly this week.

At the same time, Erdogan ally and chair of the Nationalist Movement Party (MHP) Devlet Bahceli, has reiterated calls to close the HDP, saying his party would soon apply to begin the process in a Feb. 16 speech.

“Is there a sturdy democrat who knows another formula to cut the PKK’s leg in the parliament other than closing the HDP?” Bahceli asked during an MHP parliamentary group meeting that day.

Taken together, recent political rhetoric and court actions involving the HDP have raised concerns among human rights advocates over democratic backsliding in Turkey. The developments come after the party’s former co-chairs, Selahattin Demirtas and Figen Yuksekdag, were imprisoned in 2016 on terror charges and more than 50 of 65 HDP mayors elected in 2019 municipal elections have been replaced with state-appointed trustees.

“Bahceli demanded that [Erdogan] take a harder stance on the HDP; he’s asking for a crackdown if not closure, and Erdogan is right now caving to that demand,” Merve Tahiroglu, Turkey program coordinator at Washington-based Project on Middle East Democracy, told Al-Monitor.

Tahiroglu added, “The closure of the party would be a whole new level of repression.”

Amid Ankara officials’ responses to the deaths in Iraqi Kurdistan, Turkish authorities Sunday launched an investigation into HDP lawmaker Dirayet Dilan Tasdemir over suspected links to the PKK. Speaking on Saturday to Turkish broadcaster A Haber, Turkey’s Interior Minister Suleyman Soylu claimed the deputy had recently visited Gara, the area where the rescue operation took place.

Tasdemir denied the allegation in a press event Monday, saying she would file a criminal complaint against Soylu.

“He gave my name but did not present any evidence,” Tasdemir said in Ankara Monday. “He committed a character assassination based on rumors.”

Separately, a Turkish court Friday upheld a jail sentence against HDP deputy Omer Faruk Gergerlioglu for spreading terrorism propaganda. The ruling could lead to the revocation of Gergerlioglu’s status as a member of parliament as soon as the court decision is read in the chamber.

Gergerlioglu would join two other HDP lawmakers who were stripped of their parliamentary seats and jailed last year along with the main opposition Republican People’s Party (CHP) Enis Berberoglu, who was later released and reinstated into his role earlier this month.

Parliamentary Speaker Mustafa Sentop Monday shot down comparisons between Gergerlioglu’s case and that of Berberoglu in a message interpreted by observers to mean the HDP deputy would soon be removed from the body.

“It’s going to happen soon; that’s why they did it,” Hisyar Ozsoy, co-spokesperson of foreign affairs and Diyarbakir deputy for the HDP, told Al-Monitor.

“The reason I think he’s being targeted is the debates on strip searches and discussions he introduced,” Ozsoy continued, referring to increased scrutiny in Ankara over tactics used by security forces. “He was very effective, I would say, in publicizing those kinds of human rights violations.”

Ozsoy said efforts to lift lawmakers’ immunities were an attempt to weaken the HDP ahead of elections scheduled for 2023 and he expected pressure on the party to grow in the interim.

“In the months to come, definitely there will be more criminalization and smear campaigns,” Ozsoy told Al-Monitor. “The media and some politicians will be very aggressive toward the HDP.”

Tahiroglu said recent developments were “worrying” and Bahceli’s repeated calls to close the party coupled with recent allegations tying HDP deputies to the hostage deaths in Iraqi Kurdistan could evolve into a full-blown campaign against party lawmakers.

“Most people shape their understanding based on what is reported in the media,” Tahiroglu told Al-Monitor. “Much of the [domestic] media just ignores the HDP … but there’s a whole strong faction of it that’s actively slandering the HDP.”

Diego Cupolo is a freelance journalist and photographer based in Istanbul, Turkey. His work has appeared in The Atlantic, The Financial Times, Foreign Policy and The New Statesman, among other publications.