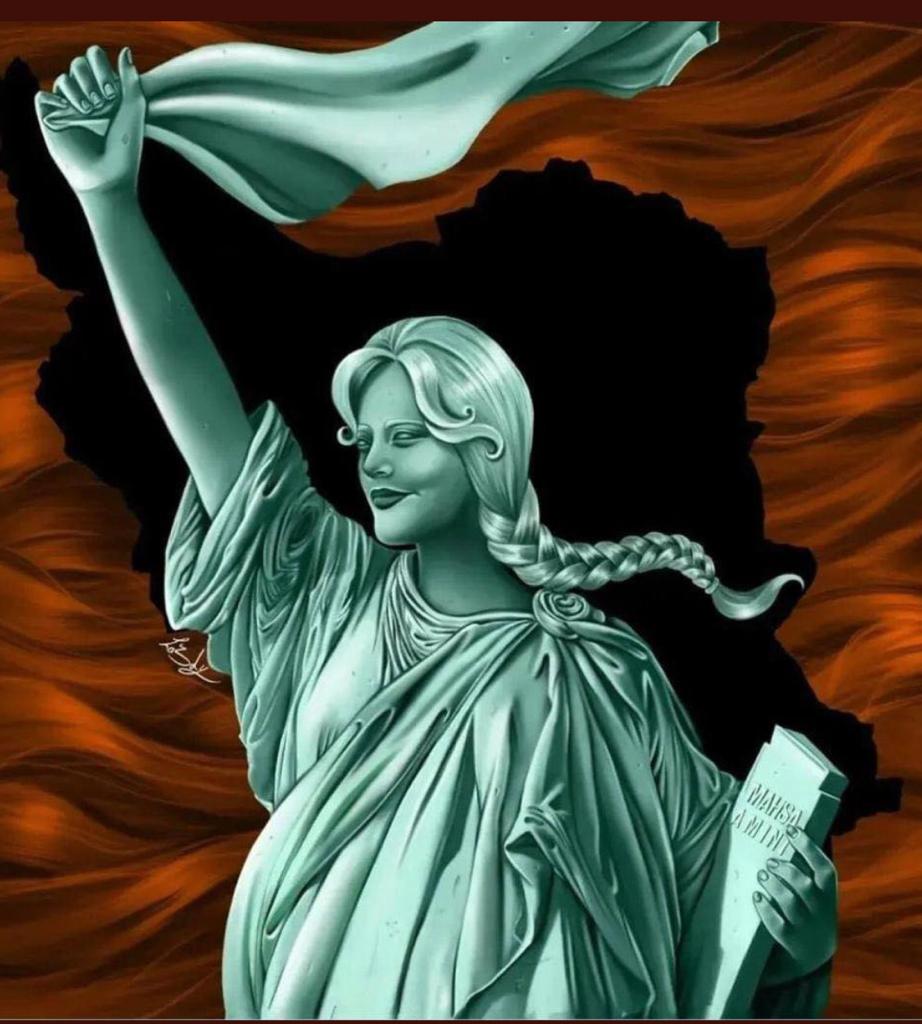 Dressed in a long white dress with a high collar, Melek Mosso took out a pair of scissors and cut off two tresses before she started her concert in downtown Istanbul as the audience in the cramped, open-air hall cheered and shouted.

“Tonight, I sing for all women,” Mosso said on Sept. 26, after eight days of protests in Iran following the death of Mahsa Amini, an Iranian Kurd, under detention by Iran’s morality police that enforces mandatory hijab rules.

“No one will take away our songs, our liberty,” shouted the 33-year-old jazz singer, who was targeted by Turkish conservatives earlier this year for a video clip where she told women to do whatever they wanted and gave the middle finger to those who told women otherwise. “Women, life and freedom,” the feisty singer shouted. “I extend from here my full support to my sisters who risk their lives in the protests in Iran.”

The death of Amini on Sept. 16 has taken Iranians to the streets for days, though ongoing internet blackouts make it difficult to confirm the number of fatalities or arrests. Norway-based group Iran Human Rights (IHR) said the death toll was at least 57 Sunday night. Iranian officials have expressed “the need for decisive action without leniency” and fumed at countries that “intervened” in their domestic affairs. Hundreds of demonstrations have taken place around the world in support of the protests in Iran.

Women’s groups have also taken to the streets in solidarity in Turkey, which has its own explosive history of headscarves. The headgear remains a polarization symbol between conservatives and secularists a decade after the Justice and Development Party (AKP) government ended a generations-old ban on headscarves in schools and public institutions. The last remnant of the prohibition was erased in 2017 when headscarves were finally allowed for women in the military, seen as the guardian of Turkey’s secular constitution. Yet the headscarf issue occasionally pops up in internal politics when AKP members or pro-government columnists claim that the opposition would reimpose the ban if elected.

“Secularism to guarantee women dress as they want to,” said a banner in Kadikoy, a neighborhood on the Asian side of Istanbul, as Iranian and Turkish women demonstrated together. Other small demonstrations have taken place in Ankara, Izmir, Gaziantep and Antalya. For example, the police stopped a demonstration of Iranian and Turkish women in Taksim Square on Sept. 20 and temporarily detained two Iranian women. But the next day, a group of Iranian, Turkish and Kurdish women demonstrated in front of the Iranian consulate without any police intervention. At least three women cut their hair in solidarity with women in Iran during the demonstrations.

Other Turks joined the hair-cutting protests online, such as Fidan Ataselim, the secretary general of Turkey’s award-winning We Will Stop Femicides Platform.

Another person to express solidarity with Amini was Selahattin Demirtas, the former co-chair of the pro-Kurdish Peoples’ Democratic Party (HDP), who has been behind bars since 2016 on terror-related charges. A photo posted by his wife, Basak Demirtas, showed the enjailed politician with his hair shaved off. In a handwritten note, Demirtas explained that he and his fellow inmate Selcuk Mizrakli, the former mayor of the Kurdish-majority province of Diyarbakir, have shaved off their hair.

“We deeply feel the pain of Mahsa Amini, who was massacred by the Iranian morality police merely because she showed a  few strands of hair,” he wrote, calling on all to join the women who stood against pressure and tyranny to fight for their rights. “All systems based on oppression and tyranny collapses sooner or later — I salute those who resist,” he added.

The HDP has been undisputedly the most vocal of all opposition parties to speak out for Amini and extend support for the protests in Iran. But Meral Aksener, the media-savvy leader of the right-wing Iyi (Good) Party, also spoke out. Aksener, the only woman leader in the Table of Six, presently the largest alliance against Erdogan, said she saluted the women of Iran and their “fight against tyranny.”

“Unfortunately, it is the time of the sultans and the corrupt entourage around him,” she said in an implicit reference to Erdogan. “Ready to [do] whatever it takes to stay in power, they drag people into mystery.”

The Turkish government has been quiet on the demonstrations, unlike other capitals such as Washington, Ottowa, Berlin and Brussels, which criticized Iran’s crackdown.

President Recep Tayyip Erdogan, who addressed his party’s women’s groups at a major event Tuesday to speak of the government policy on women, made no reference to Iran or the headscarf issue.

“There is implicit solidarity between repressive regimes that never criticize each other when they resort to force against street demonstrations,” professor Aysen Uysal, the author of “Politics in the Street,” told Al-Monitor. “Their toolkit is similar — repression on the streets and a political discourse that blames ‘external forces’ on the events to devalue the movement on the streets. Turkey did this with the 2013 Gezi Park protests; this is what Iran is doing now.”

“The Turkish government is in a rut,” Isin Elicin, the producer of independent media outlet Medyascope’s “FemFikir,” a program that discusses current affairs with women experts, told Al-Monitor.

“The founders of the AKP have supported the Iranian revolution and considered some of the revolution’s architects as inspirational figures. Yet the AKP is aware that the current Iranian regime has drifted from the founding principles of the revolution. Add the long list of issues the two countries disagree on foreign affairs, and it would have been possible for the government to speak out against Tehran — like many countries.”

But Elicin believes that the government is unlikely to appear supportive of a public revolt, given its trauma over the 2013 Gezi Park protests and women’s demonstrations following Turkey’s withdrawal from the anti-violence Istanbul Convention. “So the government is keeping quiet, and the official media is trying to paint the protests into one that is infiltrated by the Kurdish terror groups or turning it into a ‘Kurdish’ identity question rather than a national quest for freedoms.”