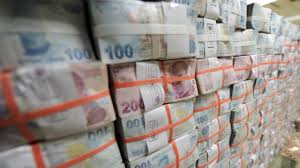 The full report including graphics and numbers can be found attached here.

Tax revenues expanded by 31.3% yoy in the last month of the year. The rise in domestic value added tax (VAT) revenues stood out during this period. The increases in special consumption tax (SCT) and VAT on imports were also noteworthy. Due to the recovery in domestic demand conditions and the low base effect stemming from the previous year’s SCT cuts, SCT from motor vehicles and durable goods&others surged up rapidly by 53.1% and 85.9%, respectively.

In 2019 as a whole, tax revenues recorded a quite weak increase of 8.3%. Domestic VAT revenues declined on an annual basis in nominal terms for the first time in near history. The real annual fall in this item was 14.6%.

Compensation of employees continued to drive the rise in budget expenditures by increasing 18.3% yoy in December. During this period, interest expenditures doubled while capital expenditures declined.

In 2019 as a whole, interest expenditures surged at the fastest rate since 2001 with 35.1%. During this period, the rises in current transfers and compensation of employees were also noteworthy.

In 2019, budget realizations were in line with the estimates of the New Economy Program (NEP) released in September. Deterioration in budget outlook was partly contained by the support of one-off revenues. In the first half of 2019, tax cuts in certain sectors and weak domestic demand had a negative impact on budget revenues. The rise in interest expenditures also weighed on budget performance. In the period ahead, the expected recovery in economic activity and the fall in interest rates will be positive for budget outlook. Budget deficit to GDP ratio, which is expected to have neared 3% in 2019, is anticipated to remain flat around 2.9% in 2020 as September NEP forecasts suggested.”

October 2022 Introduction Since transitioning to the presidential system in mid-2018, the existing problems in Turkey’s foreign policy have intensified and new issues have emerged. Turkey has become...
Read more