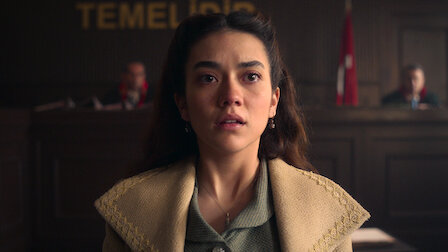 ‘ »The Club, » whose first season woke the ghosts of Turkey’s Jewish community, turns its lens on Turkey’s Greek Orthodox Community and the pogroms of 1955’ reports Nazlan Ertan in Al-Monitor.

Netflix’s latest Turkish production, “The Club,” whose first season in November awakened the ghosts of Turkey’s minuscule Jewish community, has now turned its lens on another dark page of Turkish history. In the pogroms of Sept. 6-7, 1955, thousands of properties owned by non-Muslims in Istanbul were destroyed by nationalist mobs.

The pogroms, which some academics have dubbed Istanbul’s Kristallnacht and compare to the mobs that torched Jewish businesses, synagogues and homes in Germany in 1938, remain a touchy subject in Turkey. In 2005, a photography exhibit marking its 50th anniversary was raided by nationalists who tore down some of the photos that showed the faces of the rioters and the indifference of the local security forces.

In 2015, the dwindling Greek Orthodox community of Istanbul held its first church service to honor the victims of the state-sponsored riots that were carried out by organizations close to the state, such as student unions, youth associations, syndicates and the Association of Turkish Cyprus. Gen. Sabri Yirmibesoglu said in 1991 that the pogroms were organized by the Special Warfare Department, often referred to as the “Turkish Gladio.” At the time, however, the center-right Democrat Party government sought to pin the blame on “communists” for the looting and deaths.

“After all those years, an official apology and acknowledgment to the victims is so easy to make, yet this was never done,” Hercules Millas, Istanbul-born Greek translator and poet, said on the anniversary of the pogroms two years ago. Millas, who was 15 at the time of the attacks, and his mother barely escaped when Nuriye, the janitor of their apartment in downtown Istanbul, assured the armed gang at the gates that no « infidels » lived in the building.

Despite the highly sensitive subject, the 1950s historical drama’s second season drew little reaction in Turkey and remained firmly on Netflix’s Top 10 list in Turkey since its release on Jan. 6.

“The series’ success comes from the ability to tell the story directly without taking sides, feeding on cliches or additional victimization or seeking excuses for the violence,” Defne Suman, an Istanbul-born writer currently living in Greece, told Al-Monitor. “It is a brave production that addresses crucial moments of violence in Turkey’s past even though the current environment is far from being a particularly conducive one for confrontation and reconciliation.”

Spoilers ahead: In the final episode, directors Seren Yuce and Zeynep Gunay Tan create a sense of foreboding as they build up to the night of Sept. 6. A newsboy delivers the paper whose headline claims that Greeks have bombed the house of Kemal Ataturk in the Greek city of Thessaloniki. Dubious-looking men make red x’s on houses where non-Muslims live. Ali Seker, a shady character who brings young men from Anatolia to Istanbul as cheap labor, delivers a heated speech to a bunch of out-of-towners on how Istanbul’s Greek community finances the armed Greek Cypriot groups and have their eye on conquering Istanbul. Finally, as Rasel, the young Sepharad heroine, walks past a group carrying Turkish flags and banners that say “Cyprus Will Remain Turkish,” a stone smashes the window of a Greek hat shop, starting the cycle of violence.

An academic paper by historian Dilek Guven, one of the most thorough studies based on different records of the time, quotes Turkish police records to reveal that 4,214 houses, 1,004 workplaces, 73 churches, one synagogue, two monasteries, 26 schools and 5,317 other establishments such as factories, hotels and pubs had been attacked. Around 60% of the attacked workplaces and 80% of damaged houses belonged to Greek-Orthodox residents, and the rest to Armenians and Jews of Istanbul.

The official number of deaths is put between 11 and 14 and about 60 women reported that they had been raped. “This must be far greater. Many women, just like Greek dancer Tasoula in the series, sought to keep it quiet,” said Suman.

“The real-life nationalist violence on which the scenes are based is not just in Turkey’s past. Today a group attacked a Syrian shop chanting, ‘This is Turkey, not Syria,’” tweeted Lisel Hintz, the author of “Identity Politics Inside Out: National Identity Contestation and Foreign Policy in Turkey.” On Jan.10 10, a group of nationalists attacked a Syrian shop in Istanbul’s Esentepe district.

“Obviously it is fictionalized history, but the series marks a teachable moment, an opportunity and catalyst to discuss what has happened then and how xenophobic nationalist rhetoric was used over and over by state actors in different scenarios to rile up the public against groups that are portrayed as disloyal, unfairly advantaged or just outsiders,” Hintz told Al-Monitor.

The show’s first season, which has reached millions amongTurkish and international audiences, focused on the the plight of the Jews and the grave consequences of the infamous wealth tax of 1942 in the redistribution of wealth between Muslims and non-Muslims. The second season, which some critics say was “hastily produced to capitalize on its initial success,” focuses more on the anti-Greek sentiment as ties between Turkey and Greece sour. The Ladino songs of the first season are followed in the second with Turkish-Greek songs such as « O Doctor » and « Sante Marinasti, » with bilingual lyrics.

In the first season of “The Club,” the series’ powerful villain Kursad, portrayed as the embodiment of the “deep state” with his unwavering mistrust of minorities, engineers the downfall of the Sephardic Aseos family by unfairly accusing them of evading the capital levy. In the second season, Kursad (still clearly powerful, though control of the government has changed from the Republican People’s Party to the Democrat Party) cruelly exposes the Greek roots of Orhan, the discreet owner of the Istanbul nightclub that gives the series its name. It is revealed that Orhan/Nikos and his mother came to Istanbul from Izmir in 1922, presumably when Ataturk’s army liberated the Aegean portal city from a three-year Greek occupation. In one of the most touching scenes of the series, Nikos, unable to flee Istanbul before their cover is blown, sets the flat on fire and waits for the flames to sweep over himself and the dead body of his once-imperial mother as the pogroms rage outside.

“This is a touching reference to the Great Fire of Smyrna in 1922 [on its centennial], which perhaps Nikos witnessed as a child,” Suman hazarded. Turkish and Greek scholars and politicians disagree on who started the fire, with each side blaming the other.

“I do not know whether Orhan is modeled after a real person, but there were certainly Greeks who took Turkish names and settled in Istanbul under a new identity so that they would not be forced to leave Turkey » after the population exchange between Turkey and Greece in 1923, Alkis Courcoulas, the Istanbul bureau chief of the Athens News Agency since the mid-1980s, told Al-Monitor. The convention exempted the Greeks of Istanbul from the exchange provided that they were residents before 1918.

Koman, who has traveled across Turkey to hunt for family secrets and hidden identities, points out that many people in the ethnically diverse Black Sea region had faced surprises after Turkey launched an online genealogy service in 2018. “They have discovered that some of the elder members, known to them with Turkish names, were actually Greek,” she said. Some Turks used this new knowledge to obtain second citizenships.

It has not yet been announced whether there will be another season of “The Club.” But the series’ ending — which some critics call saccharine, sentimental and unrealistic — implies that the story will continue. “On that gruesome night, Turkey lost so many of its colors — but not all,” says a background voice as the final scene shows surviving protagonists sitting around a huge table, presumably hours before the government declares martial law. “There would be darker nights, but at that moment, they neither knew nor cared.”

Share
Facebook
Twitter
Pinterest
WhatsApp
Previous articleThird Time Lucky for Armenia and Turkey? – Carnegie Europe
Next articleWomen directors gathered in Diyarbakir to discuss problems they face in front of and behind the camera – ANF News