US Condemns ‘PKK’ Aattack Under Pressure From Turkey 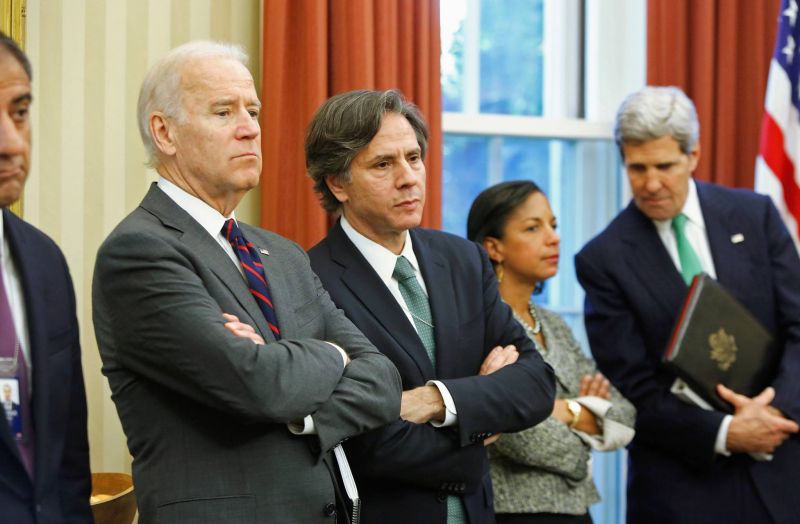 Washington has bowed to pressure from President Recep Tayyip Erdogan, who accused the US of supporting terrorism. Ankara says Kurdish rebels killed 13 Turkish hostages. At first, the US treated this claim as unconfirmed.

US Secretary of State Anthony Blinken called his Turkish counterpart on Monday, and said Washington concurred that the Kurdish PKK group “bears responsibility” for the killings of 13 Turkish hostages in Iraq at the weekend. The move followed condemnations from Ankara after the first US reaction expressed condolences but did not categorically blame the PKK.

“The Secretary expressed condolences for the deaths of Turkish hostages in northern Iraq and affirmed our view that PKK terrorists bear responsibility,” a State Department press release said on Monday.

Hours earlier, Turkish President Recep Tayyip Erdogan had accused the US of backing the outlawed Kurdish militia group — after Washington did not immediately back up Ankara’s claims over who was responsible.

The government said on Sunday that the Kurdistan Workers’ Party (PKK) had executed 13 Turkish hostages in a cave in Iraq. The PKK blamed Turkish airstrikes.

The State Department initially responded to the incident by saying: “If reports of the death of Turkish civilians at the hands of the PKK, a designated terrorist organization, are confirmed, we condemn this action in the strongest possible terms.”

The comments drew sharp criticism from the Turkish president in a televised address to his supporters. In it, he told Washington: “You said you did not support terrorists, when in fact you are on their side and behind them.”

The original US statement and the subsequent phone call stressed the importance of the bilateral relationship between the countries.

Turkish Foreign Minister Mevlut Cavusoglu had expressed his frustration with the silence from “countries that are supposedly claiming to battle terrorism.”

The Foreign Ministry had also summoned the US ambassador in Ankara, David Satterfield, on Monday.

Erdogan said no individual or country had the right to “question, criticize or oppose Turkey’s operations in Iraq and Syria” after the “bloodbath” that occurred in northern Iraq.

He urged the United States to show support. “If we are together with you in NATO, if we are to continue our unity, then you will act sincerely towards us. Then, you will stand with us, not with the terrorists,” Erdogan said.

Recent years have seen ongoing tensions between the NATo allies. The US, along with the EU, classes the PKK as a terrorist organization, however, Washington has worked closely with YPJ and YPG fighters to fight Islamic State in Syria — these mostly Kurdish forces are inextricably linked with either the PKK’s cause, or even the group itself.

Erdogan has said he wants to rebuild relations with the new US administration, but Washington’s support for Kurds in Syria and Iraq continues to be a strain on the relationship.

The Turkish government carried out mass arrests on Monday of at least 718 people it claimed to be supporters of the PKK, including provincial leaders of the pro-Kurdish HDP party. Erdogan’s increasingly authoritarian approach at home in recent years has made it more difficult for allies to stand by his allegations.

Tens of thousands of people have died in decades of conflict between the PKK and the Turkish state. Turkish forces have repeatedly targeted the militant group in the predominantly Kurdish southeast of the country, and sometimes across its borders into northern Iraq or Syria.

The Turkish government’s long-standing animosity toward Kurdish groups became particularly complex for NATO when the US and allies launched a coalition to oust the “Islamic State” from parts of Iraq and Syria.

Kurdish fighters proved the most effective and reliable allies on the ground, which allowed Kurdish populations to reinforce their grip on territory near the borders with Turkey. Turkey and its allies subsequently carried out incursions into Syria and took control of some of the territory previously held by Kurdish forces.