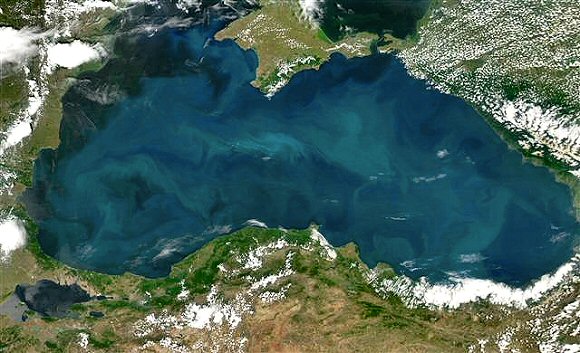 Russia imposed a tourism ban on Turkey in apparent retribution for Turkey’s support of Ukraine. But the travel sanctions may be an own goal.

On April 12, Russia announced it was suspending all but two weekly flights to Turkey, ostensibly in response to the growing number of COVID-19 cases in Turkey. Russian public health chief Anna Popova explained the decision by saying that 80 percent of COVID-19 cases among Russians returning from abroad came from Turkey.

Speculation began immediately, however, that the reasons for the ban were political, rather than related to public health. The ban was announced just two days after Ukrainian President Volodymyr Zelenskiy visited Turkey and held a meeting with Turkish President Recep Tayyip Erdoğan, as part of the Turkey-Ukraine High-Level Strategic Cooperation Council. During a joint press conference with Zelenskiy on April 10, Erdoğan expressed Turkey’s support for Ukraine’s territorial integrity, including over Crimea, which Russia claims to have annexed. This high-level meeting came at a moment when Russia was escalating tensions in Ukraine by moving troops to their shared border and into Crimea. The Kremlin denied any link between the flight ban and Zelenskiy’s visit to Turkey, but other Russian politicians have called on patriotic Russians to avoid travel to Turkey due its support for Ukraine. For his part, Zelenskiy has encouraged Ukrainians to visit Turkey to show their support for Turkey in the face of the Russian flight ban.

While continuing to cooperate strategically with Russia on a variety of issues, Turkey has provided more than just rhetorical support to Ukraine. Ankara has already delivered six of twelve Bayraktar-TB2 armed drones ordered by Ukraine in 2019. Similar Turkish-provided drones were reportedly vital to Azerbaijan’s battlefield successes in Nagorno-Karabakh last year. Turkey and Ukraine have also concluded a deal to transfer patrol boats, and the talks this week in Istanbul reportedly included further potential arms deals. This prompted Russian Foreign Minister Sergey Lavrov to warn Turkey and others “not to encourage [Ukraine’s] militaristic ambitions.”

The flight ban will last from April 15 to June 1, a period that coincides with a prime travel season for Russian citizens. The Russian Association of Tour Operators said April 13 that the ban would lead to 533,200 canceled tour bookings, at an estimated loss of over $420 million. Canceled trips are now common in the age of the coronavirus pandemic. But this decision is a reminder of the Kremlin’s similar decision to ban Russian tourism to Turkey as part of a broader package of measures imposed on Ankara, including a ban on agricultural exports, after the Turkish military shot down a Russian fighter jet on Turkey’s southern border in November 2015. A review of the effects of that travel ban is instructive for whether sanctioning tourism is a useful tool for foreign policy.

DID THE LAST TRAVEL BAN WORK?

Turkey was the top foreign destination for Russian tourists before the 2015 fighter jet crisis (and reclaimed this status after the sanctions ended in late 2016), due to its proximity to Russia, warm climate, and relative cost-effectiveness compared to other beach resort destinations. In 2014, mainly middle-class Russians spent over $6.6 billion on travel services in Turkey, which can be calculated as representing almost 1 percent of Turkey’s entire annual GDP (see figure 1). Assuming a similar level of travel would have occurred in 2016 without the sanctions, Turkey lost over $5.8 billion in revenue from Russian tourism as a result of the travel sanctions, or about 20 percent of Turkey’s expected total income from tourism exports.

By the end of 2019, income from Russian tourism to Turkey had still not recovered to pre-crisis levels. Then the pandemic further reduced travel between the two countries, as it did globally. The 2015 travel sanctions, therefore, had a deep, harmful, and lasting impact on the Turkish economy, as Russia intended. After months of losses from the sanctions, Erdoğan eventually apologized to Russia for the jet incident, making the travel ban a win for the Kremlin.

These sanctions, however, were not cost-free to the Russian side. Russian tour operators also earn money arranging the package vacations most Russians use for foreign travel. There was also a less tangible cost. Approximately 3 million Russians who would have enjoyed a vacation in Turkey in 2016 appear to have lost the opportunity for any foreign holiday that year, as data shows the lost revenues from Turkey were not transferred to other popular Mediterranean or European destinations (see figure 2). The Russian government encouraged these people to travel to illegally annexed Crimea instead, but there is no reliable data on how many Russians chose this option, and Crimea did not have the infrastructure to absorb millions of new visitors. Therefore, the revenue Turkey lost due to the sanctions also represents money Russians wanted to spend on a vacation but were prevented from doing so, a lost opportunity for those Russian citizens.

A generic country looking to change the policy of a neighbor through sanctions would weigh the potential benefits of the desired policy change against the costs to its people of imposing sanctions. An ideal sanctions program should inflict real harm on the policy decisionmakers of the target country but do only limited harm to a small number of people in the country imposing them. Trade-related sanctions on goods and services enjoyed by a wide swath of citizens in the imposing country—such as an embargo on foreign foods that a country’s own citizens enjoy, or a ban on tourism to the favorite travel destination of a country’s own citizens—seem like a poor choice.

But Russia has few other levers in its economic policy toolkit in the Mediterranean region. Russia is poorer than the European countries around the Mediterranean. It is not a major financial hub, its currency is not widely used for international transactions, and its direct investment levels in these countries are relatively low. Energy remains a valuable tool for Russia, of course, but wielding it as such has long-term consequences for the energy use decisions of Russia’s major customers in Europe. Information operations, malign cyber activities, and corruption are other economic-related tools Russia has been accused of using around the world, but these require long-term planning and generally take time to execute. All of these considerations leave trade-related sanctions as Moscow’s most flexible tool for responding quickly to developing political situations.

But does a travel ban on Turkey in 2021 look the same for Russia as it did in 2016? In 2016, Russians had other choices of foreign holiday destinations, even if the data shows most Russians did not choose to take them. But with many countries going back into pandemic lockdowns, and with ongoing travel restrictions still in place around the world, Russians do not have the same choices they had five years ago. This may be one reason Russia announced the resumption of flights to Egyptian resort towns on the Red Sea on April 23, after a five-year hiatus related to security concerns. Meanwhile, yet another disruption in tourism may not seem to be as big a cost to Turkish leaders in 2021 as it did in 2016, given the immense turbulence the industry has seen over the past year.

Another hit to Turkey’s battered tourism industry seems unlikely to prompt a redirection of Ankara’s support for Ukraine’s territorial integrity. Given its own struggles with Kurdish separatists, Turkey has a strong strategic interest in the concept that foreign and foreign-supported rebels cannot break off a region of a country. It also has a long history of involvement in Crimea, due to the indigenous population of ethnically Turkic Tatars, whose rights have suffered under the Russian occupation. These factors make it unlikely Turkey would ever support Russian authority over the peninsula. All in all, if Russia’s ban on flights to Turkey was meant to change Turkish policy, it seems misdirected at best and likely to cause an equal amount of harm to its own citizens.

Joanna Pritchett is a visiting scholar and detailee from the Department of State. She has been in the Foreign Service since 2007, serving overseas most recently as the internal politics unit chief at the U.S. Embassy in Colombo, Sri Lanka. She has previously served as deputy chief of the political and economic section at the U.S. Consulate General in Istanbul, Turkey, and at the U.S. Embassies in Berlin, Germany, and Baku, Azerbaijan.