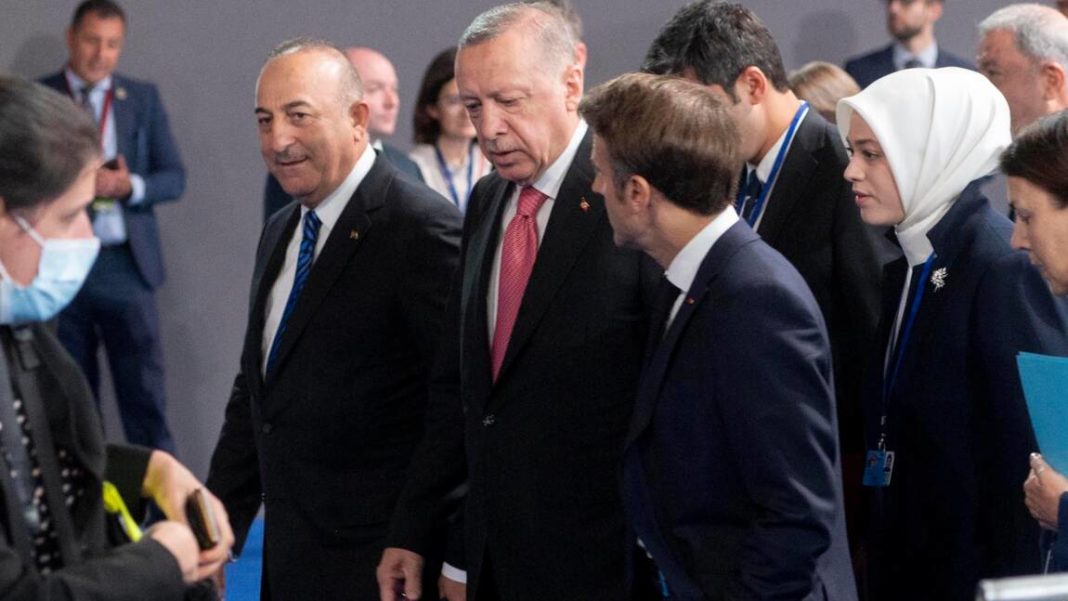 The Russian invasion of Ukraine has paved the way for Helsinki and Stockholm to become formal members of NATO. However, claiming that Sweden and Finland support Kurdish armed groups and demanding that they withdraw their support, the Turkish leadership has blocked this process since mid-May. Finally, Turkey lifted its objection to their NATO membership applications and signed a 10-point memorandum with Sweden and Finland, together with NATO Secretary John Stoltenberg, in Madrid on 28 June. The NATO summit thus began without any Turkish obstacles. This progress has been a blow for Russia’s goal of impeding NATO’s growth through the war in Ukraine.
First to be noted is that a pattern of behavior has now become very evident in Turkish politics. For some, Turkey’s first confrontational and then conciliatory attitude to reaching agreement on any issue is seen as a mechanism for Erdoğan to appeal to his people and gain internal support as well as to increase bargaining power in international politics. This strategy, used to increase political bargaining power by exerting pressure on any Western demands, has proven in this case, as in the past, that Turkey ultimately finds a compromise on an issue it opposes in the beginning. In the end, Turkey made no concessions during the Scandinavian countries’ NATO accession process, but the veto barrier was overcome by a memorandum ratified by Sweden and Finland. Well, After a month of stalemate over the veto, can we say that Turkey got everything it wanted? And what is behind Erdoğan’s dramatic maneuver?

A few hours before the summit…
Shortly before the Madrid Summit, Turkish officials met with NATO, Swedish and Finnish officials in Brussels. Beyond that, however, the most important address for Turkey’s veto move was actually Washington, where it had been waiting for political attention for a month. The day before the summit, US President Joe Biden reportedly called Erdogan to arrange a meeting in Madrid. Another factor is the generous military support that Turkey provided to Ukraine just before the summit, in conformity with its NATO status. The Turkish defense company Baykar Makina delivered 3 Bayraktar TB2 drones to Ukraine free of charge, despite the potential reaction from Russia.

What did Turkey expect and what did it get?
Turkey’s initial demands to Sweden and Finland were that they cease all activities of the PKK and PKK-affiliated groups on their territory and withdraw all forms of support to these groups. Another demand put forward by Erdoğan was the lifting of the arms embargo imposed by the two northern countries on Turkey for its military operations in Iraq and Syria. But did Erdogan get all he wanted?
The most concrete achievement: Lifting of embargoes
Swedish Minister of Foreign Affairs Ann Linde stated on October 9, 2019: “Turkey’s
actions are irresponsible and contravene international law, risk serious humanitarian consequences and could lead to a resurgence of Daesh [the Islamic State]. The UN Security Council must immediately shoulder its responsibility to avert further escalation, acting with EU partners”. Since then, Sweden has put in place an arms embargo on Turkey. The lifting of this embargo can be seen as the most concrete diplomatic achievement in the first instance. Apart from that, the memorandum signed by the three countries, however, seems to have been prepared with the intention of taking measures rather than proposing concrete actions.
According to the memorandum, full solidarity and cooperation will be ensured in the fight against terrorism in all its forms and manifestations. In this context, Sweden and Finland have agreed to support Turkey against terrorism by expanding the definition of terrorist acts in their respective penal codes on financing of terrorism and disinformation. However, while the memorandum states that no support will be given to the PYD/YPG and FETO, it only confirms that the PKK is a designated terrorist organisation.
The memorandum states that Finland legalised the restriction of terrorist activities by amending its Penal Code on January 1 to enact a law on terrorist offences; and that Sweden will enact a similar law from 1 July. Nevertheless, the document in question does not contain any provisions regarding Turkey’s request to share information on terrorist suspects and to comply with the European Convention on Extradition. Instead, it is stressed that astructured intergovernmental dialogue and cooperation mechanism will be established.
Lastly, with a particular clause added by Ankara, Sweden and Finland commit themselves to supporting the non-European allies to join in the EU’s Common Security and Defense Policy, including the PESCO project. Accordingly, Ankara calls for its involvement in EU defence projects in return for Sweden and Finland’s membership of NATO.
It is unlikely that the achievements of the Memorandum’s provisions will be materialized in the near future. The functioning of such mechanisms is a matter of process. If Sweden and Finland continue their activities in support of the PKK and PKK-affiliated groups after their accession to NATO, there will be no sanctions attached to the Memorandum. Such a scenario would only serve to further destabilize relations between Western countries and Turkey.
Overall, Turkey’s veto has been removed. No clear timetable has yet been set for the formal accession of the two Scandinavian countries to the Alliance. However, no major complications preventing the growth of the alliance are visible at this stage. With the signing of the memorandum between Turkey, Sweden and Finland just before the Madrid summit, Turkey is reaffirming its commitment to NATO, and even trying to become more involved inthe EU security structure. The government, for its part, is reaping the rewards of strengthening its hand in the eyes of the Turkish public, which is well aware of and supportive of the concerns raised by Turkey during the month-long veto process.

Selmin Seda Coskun is a researcher at Thomas More Institute