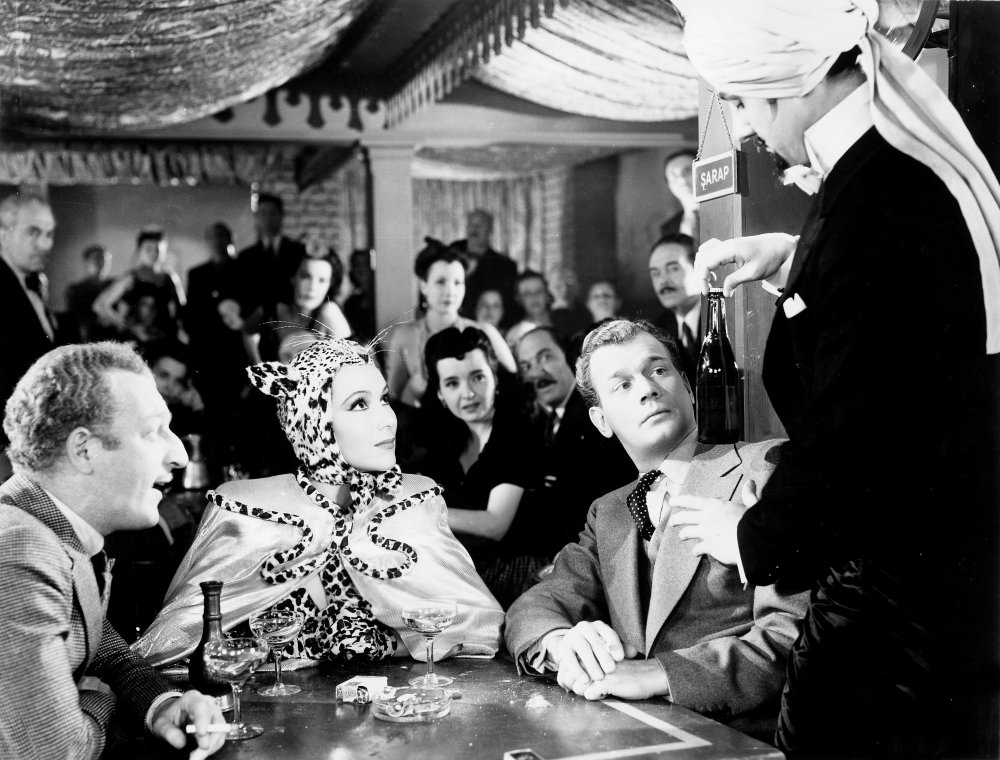 Kaya Genc’s fascinating article on movies set in Istanbul first appeared in British Film Institute website worth to read at any time. He exposures a brief introduction to 10 unforgettable movies with Istanbul background.

Grant Gee’s Innocence of Memories hits UK screens this week. Its uncanny depiction of Istanbul stands out among a bunch of great films where the city is a source of intrigue and fascination.

There are two faces of Istanbul in cinema. One is that of a city filled with cries of carpet sellers and shoppers who endlessly wander along its chaotic, labyrinthine streets. Daniel Craig’s James Bond rides his motorcycle on the historic Grand Bazaar while a belly-dancer enchants Sean Connery’s 007 with her exquisite dance moves. This orientalist Istanbul, defined so strongly by its kinetic qualities is full of colour and vibrancy for western characters who frequent its luxurious quarters: a busy city connected by intercontinental cultures and bridges.

But that is not quite the Istanbul of Orhan Pamuk. A self-confessed renegade to the culture produced by the city’s self-orientalising super-rich, Turkey’s Nobel laureate has won numberless admirers with his portrayal of a darker Istanbul where relics of the city’s past (early republican, Ottoman, Byzantine) are found aplenty, placed on top of each other, in a not exactly mouth-watering mixture. The pleasure-seeking traveller may be alienated by this other Istanbul, a site of ruins that John Ruskin would surely adore, which has now become the Istanbul of British documentary director Grant Gee, whose new film Innocence of Memories depicts the city at its darkest and most intimate. During its entire 90 minutes there is not a single frame in Gee’s film that shows Istanbul exposed to sun. This is an Istanbul through a glass darkly: the Istanbul of Pamuk’s darkest novel, The Black Book, with elements from his latest, A Strangeness in My Mind.

Innocence of Memories merges texts from Pamuk’s penultimate novel, The Museum of Innocence, with a chilling new narrative penned by the author. We hear them as Gee’s wandering camera explores the topography of the city; meanwhile Pamuk’s narrative renders the story of The Museum of Innocence through the perspective of Ayla, a secondary figure in the novel. Through her words we witness protagonist Kemal’s obsession for his lover Füsun. As the camera moves along desolate streets, dark alleyways and ruin-like avenues of the city, the voices of Kemal, Ayla and Pamuk converge. It is an unsettling experience to see the camera climb the narrow road leading to a wine-red building in Istanbul’s Çukurcuma neighbourhood that has once housed the family of Füsun: this is the Museum of Innocence whose objects tell the story of Kemal’s love for Füsun.

As he acknowledges in the film, Pamuk has been alienated from his social class because of his love for literature; he has sided with the downtrodden of Turkey – with street vendors, taxi drivers and waste pickers whose Istanbul this film masterfully depicts. It is their perspective we are offered in Innocence of Memories. The camera moves ghost-like through the neighbourhoods of Beyoğlu, Fatih and Kasımpaşa, climbing overpasses and travelling down hills, representing the gaze of the city’s melancholic and underprivileged flaneurs. From their perspective, Istanbul seems desolate, lacking of warmth, and yet full of ruinous beauty. Innocence of Memories show how one remembers things by objects and how different corners of the city become museums of one’s past. Cities are indexes where all external things point to the most internal of things: our memories.