DISCOVER THE BOOK : « RIVERS OF THE SULTAN » – FAISAL H. HUSAIN 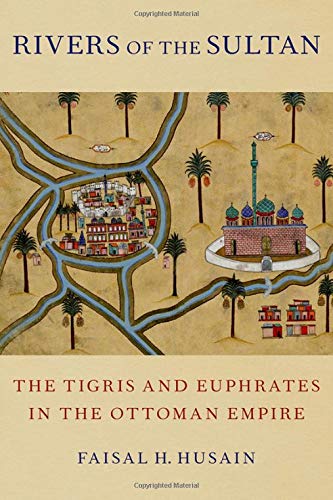 Rivers of the Sultan : The Tigris and Euphrates in the Ottoman Empire – Faisal H. Husain

« The Tigris and Euphrates rivers run through the heart of the Middle East and merge in the area of Mesopotamia known as the « cradle of civilization. » In their long and volatile political history, the sixteenth century ushered in a rare era of stability and integration. A series of military campaigns between the Mediterranean Sea and the Persian Gulf brought the entirety of their flow under the institutional control of the Ottoman Empire, then at the peak of its power and wealth.

Rivers of the Sultan tells the history of the Tigris and Euphrates during the early modern period. Under the leadership of Sultan Süleyman I, the rivers became Ottoman from mountain to ocean, managed by a political elite that pledged allegiance to a single household, professed a common religion, spoke a lingua franca, and received orders from a central administration based in Istanbul. Faisal Husain details how Ottoman unification institutionalized cooperation among the rivers’ dominant users and improved the exploitation of their waters for navigation and food production. Istanbul harnessed the energy and resources of the rivers for its security and economic needs through a complex network of forts, canals, bridges, and shipyards. Above all, the imperial approach to river management rebalanced the natural resource disparity within the Tigris-Euphrates basin. Istanbul regularly organized shipments of grain, metal, and timber from upstream areas of surplus in Anatolia to downstream areas of need in Iraq. Through this policy of natural resource redistribution, the Ottoman Empire strengthened its presence in the eastern borderland region with the Safavid Empire and fended off challenges to its authority.

Placing these world historic bodies of water at its center, Rivers of the Sultan reveals intimate bonds between state and society, metropole and periphery, and nature and culture in the early modern world. »