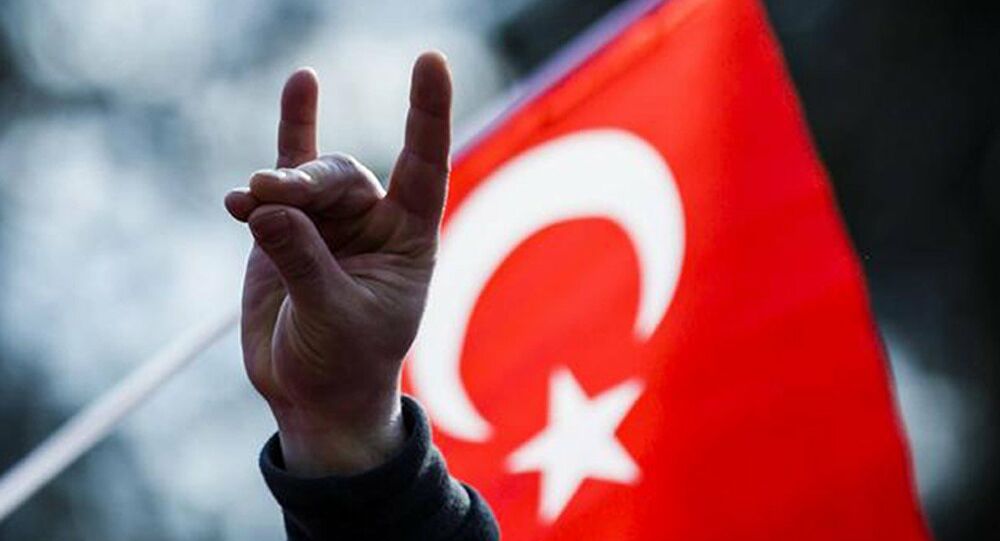 The Leftist Party, one of the opposition parties in the German Federal Parliament, requested the ban of the Federation of Democratic Idealist (Ülkücü) Turkish Associations in Germany (founded in 1978 in Frankfurt). This Association represents the parent organization of ultra-nationalist Grey Wolves movement.

The Deputy of the Party, Sevim Dağdelen said, “The Federal Government should immediately follow the example of France and ban the German Democratic Idealist Turkish Associations Federation (ADÜTDF), the umbrella organization of the ‘Grey Wolves’ in this country.”

After the French government had banned the activities of the “the Grey Wolves” in France following their destructive behaviors against Armenian monuments, the Ministry of Foreign Affairs of Turkey made a statement declaring that there was no movement called “Grey Wolves”, and this is not real but an “imaginary” organization.

Referring to this statement of Ankara, Sevim Dağdelen said that the Idealist movement is not an “imaginary” organization: “this Association is one of the largest far-right, anti-constitutional organizations with around 170 local associations and 7,000 members.” Underlying the fact that the Grey Wolves movement working for the Turkish nationalist parties as well as the ruling Party of the President Erdogan, “it triggered polarization and fragmentation in Germany with provocations against Kurds, Armenians, Alevis, Greeks and Jews.” she added. She demanded zero tolerance to Islamist and fascist organizations.

The Green Party of the German Parliament supports the closure of the Association in Germany. The Party deputies Cem Özdemir, Irene Mihalic and Konstantin von Notz named the Association as the arm of the President Erdogan in the country and “the Federal Government should ban the ultra-nationalist Turkish Association Grey Wolves which incites hatred and violence in the society” they said.

Alexander Gauland, the Group President of the right-wing German Party AfD’s named the Grey Wolves as the “extremist soldiers of President Recep Tayyip Erdoğan”. “France is an example for us in terms of the struggle for democracy and freedom” he added.
—