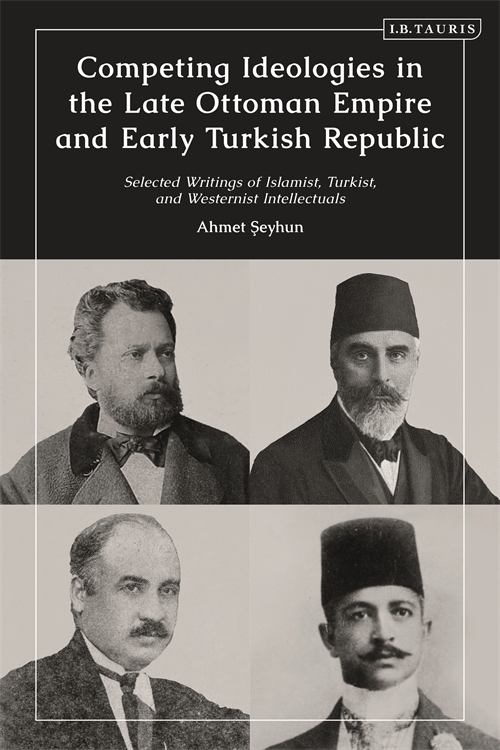 “The second constitutional period of the Ottoman Empire and the early decades of the Turkish republic were a hotbed of new and competing ideas which were to dramatically shape the development of the modern nation that followed. This book includes translations of and introductions to some of the key Turkish writers of the age, including Namik Kemal, Ziya Gökalp, Abdullah Cevdet and Ahmed Riza.

The writings of these Turkist, Westernist and Islamist Ottoman and early republican thinkers are presented with contextualizing introductions which allow readers to access the primary texts which show the Turkish intellectual milieu out of which Mustafa Kemal’s ideas were to emerge and ultimately dominate and will be of interest to students and scholars of Ottoman and Turkish History.”

“This reader is the work of a selfless and dedicated scholar whose volume provides us with a rich set of texts, translations and discussions of the myriad of voices that were present at the end of the Ottoman Empire. Each vying for a different intellectual and political position, these Ottoman thinkers gave speeches, wrote volumes and engaged in the unique transformation of the empire. Ahmet Seyhun has produced a remarkable volume that we will all consult for years to come for its invaluable contributions to the field of Ottoman intellectual history.” –  Karen Barkey, Haas Distinguished Chair of Religious Diversity and Professor of Sociology, University of California, Berkeley, USA,

“”The previous approach to late Ottoman and early Turkish intellectual history has predominantly vacillated between secularist and Islamist ideologies. This book, however, goes beyond these two discourses; it identifies a variety of competing ideologies that appeared during the transformation from the multicultural Ottoman Empire to the new nation state of Turkey. As a primary source reader, scholars will find Seyhun’s book invaluable for teaching religion and politics courses on the late Ottoman Empire and modern Turkey.”” –  Mehmet Karabela, Queen’s University, Canada,