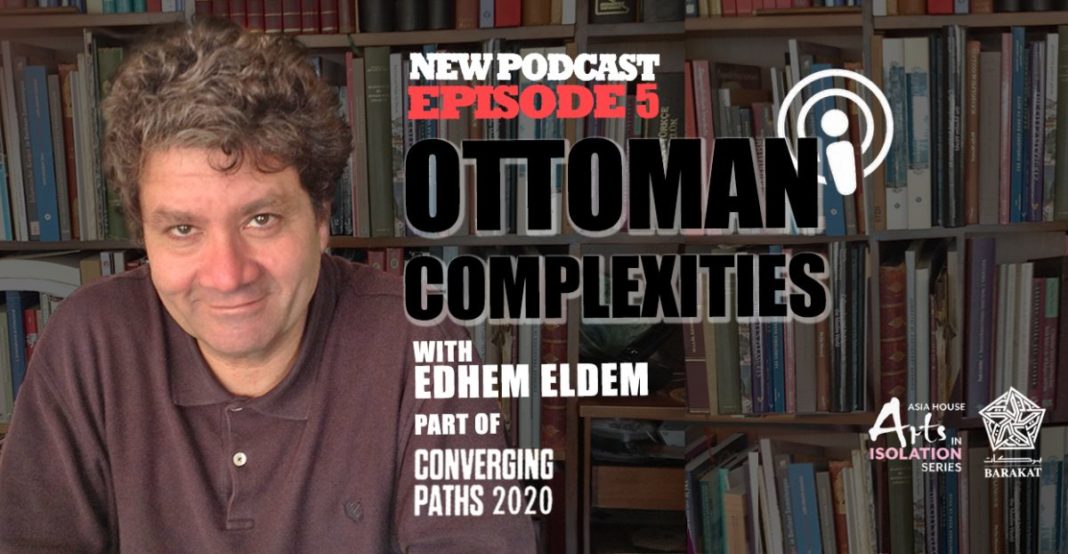 In this podcast of https://barakat.org/ at 30 April 2020, Edhem Eldem reflects on the past, multiculturalism and Orientalism taking the Ottoman Empire as a case study.

This podcast is part of Asia House Arts in Isolation Series and Converging Paths, an initiative organised in partnership with the Barakat Trust that promotes the arts and cultures of the Islamic World.

Edhem Eldem is a professor at the Department of History of Boğaziçi University, Istanbul, and has taught as visiting professor at Berkeley, Harvard, at the EHESS, EPHE, and ENS in Paris as well as at the Wissenschaftskolleg Berlin.  He is also the International Chair in Turkish and Ottoman History at the College de France.

Professor Eldem has been working on the Levant trade, Ottoman funerary epigraphy, the socio-economic development of Istanbul, the Ottoman Bank, archaeology in the Ottoman Empire, and late Ottoman first-person narratives and biographies.