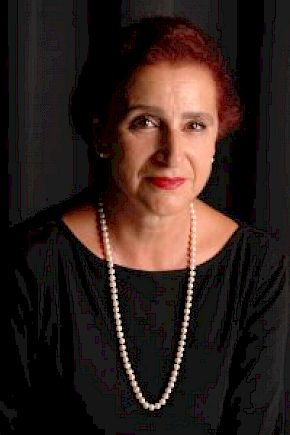 "In retaliation for a mysterious explosion along the Turkish-Syrian border, Turkey hit several Kurdish positions in the predominantly Kurdish town of Kobani in an...
Read more

« To do justice to the important topic of secularism requires a multidimensional perspective.
A Secular Age beyond the West: Religion, Law and the State in Asia, the Middle East and North Africa answers this need by looking at secularism from different cultural and geographic experiences through the expertise of scholars who are able to dive in depth into primary sources. Editors Mirjam Künkler, John Madeley, and Shylashri Shankar brought together authors from the disciplines of sociology, history, political science, and religion who are country experts working in the primary languages and with the primary data. The resulting collection of essays is uniquely cohesive by virtue of the fact that all authors respond to Charles Taylor’s call to probe the unity of the North Atlantic world in featuring a condition that he calls Secularity III, and in pursuing a shared social scientic approach in doing so, which is outlined by Philip Gorski in chapter 2 of the volume, “Secularity I: Varieties and Dilemmas.”1 This review focuses on Asli Bâli’s chapter on secularism in Turkey, “A Kemalist Secular Age? Cultural Politics and Radical Republicanism in Turkey” (234–64). In studies of comparative secularism, Turkey is often treated as a case para- digmatic for the wider Muslim world, but, as Bâli’s chapter—and, indeed, the whole volume— shows, Turkey diverges signicantly from comparative cases.

1 For further discussion of Taylor’s Secularity III framework, and how it is engaged in this book, see André Laliberté, “How Do We Measure Secularity?,” Journal of Law and Religion 36, no. 2 (2021) (this issue), and Clemens Six, “Transnational Perspectives on a Global Secular Age,” Journal of Law and Religion 36, no. 2 (2021) (this issue).
2 Serdar Tekin, Founding Acts: Constitutional Origins in a Democratic Age (Philadelphia: University of Pennsylvania Press, 2016), 1–16. In this introductory discussion, Tekin addresses how, historically, the hegemonic vision of a unied people has been frequently imposed on diverse populations by elites and argues that the foundational prin- ciple of popular sovereignty must be performatively present with people participating in the founding act of creating the constitution. He goes on to discuss Rousseau’s lawgiver as architect, who Rousseau sees as inevitably necessary at the moment of the founding act after a revolution to provide the legal frame to a people not yet living under conditions of a democratic order. Rousseau’s expectations of the elite role in the founding of constitutions have been criticized as democratically decient and even an authoritarian strain in his thought that ignored the agency of the people. Tekin partially rescues Rousseau’s lawgiver by recasting it as an interpreter who produces legislation that reects the moeurs of the people. Even accepting that it is possible, following Tekin, to recast the lawgiver as more democratically informed, Turkey’s republican revolution, with its Kemalist vision of staunch secularism and westernism, was in line with the lawgiver as architect ignoring the agency of the people for the sake of their sov- ereignty. Although there is not enough space here to pursue this engaging analogy, it is worth noting that the gov- erning party’s recent populist critiques of republicanism and dismantling of republican institutions and ideals probably reects the deeply felt resentment among people over the lack of popular participation in the making of the republican moment. This angry reaction was well illustrated by the sudden reversion of St. Sophia into a mos- que in 2020 after sixty-ve years as a museum that represented the Byzantine and Ottoman legacy, as well as the new republic’s discreet message to the Western world in 1934 about the end of religious conict between Islam and Christianity.
3 For further studies of secularism in Turkey, see the following: Niyazi Berkes, The Development of Secularism in Turkey (Montreal: McGill University Press, 1964) (the seminal work on the subject to date and based on the pre- sumption of secularism as progressive modernity and an analysis of Turkey’s historical challenge); Ahmet T. Kuru, Secularism and State Policies toward Religion: The United States, France, and Turkey (Cambridge: Cambridge University Press, 2009); Murat Akan, The Politics of Secularism: Religion, Diversity, and Institutional Change in France and Turkey (New York: Columbia University Press, 2017) (relatively recent comparative studies); Zafer Toprak, Atatürk: Kurucu Felsefenin Evrimi [Atatürk: The evolution of the founding philosophy] (Istanbul: Iṡ ̧ Bankasi Kültür Yayınları, 2020) (the best intellectual history of Mustafa Kemal Atatürk’s foundational philoso-
phy, which was strongly inuenced by Jean Jacques Rousseau and other thinkers of the French Enlightenment).
4 Tekin, Founding Acts, 147, quoting Avishai Margalit, Ethics of Memory (Cambridge, MA: Harvard University
Press, 2009), ix.
5 MehmetAcet,“BizimHikayeMi,BasķalarınınHikayesiMi?”[Isthisourstory?Orthestoryofothers?],
YeniŞafak, August 15, 2020, https://www.yenisafak.com/yazarlar/mehmetacet/bizim-hikaye-mi-baskalarinin- hikayesi-mi-2055949. Acet’s column supports the recent statement of Dr. Ibrahim Kalin, the leading advisor to President Erdogan, that we have been living under the fairy tales of others’ modernity for the last 150 years, and it is time that we create our own fairy tales. The statement provoked wide criticism for its rejection of the centuries-long history of Westernization in the Ottoman period and the Republic.

7 The Gülenists are somewhat similar to new religious movements elsewhere, such as the Soka Gakkai of Japan or the followers of Dr. Sun Myung Moon’s Unication Church, which was at one point quite popular in East Asia and in the United States. For a recent critique in the aftermath of the 2016 coup attempt, listen to a recording of a round- table discussion with academics David Tittensor and Tezcan Gümüs:̧ Ali Moore, “The Rise, Fall and Future of Turkey’s Gülen Movement” (podcast) Jakarta Post, October 31, 2019, https://www.thejakartapost.com/multime- dia/2019/10/14/the-rise-fall-and-future-of-turkey-s-gulen-movement.html. For a relatively positive view that was quite prevalent earlier, see M. Hakan Yavuz, Toward an Islamic Enlightenment: The Gülen Movement (Oxford: Oxford University Press, 2013); Richard Seagar, Encountering the Dharma: Daisaku Ikeda, the Soka Gakkai, and the Globalization of Buddhist Humanism (Berkeley: University of California Press, 2006).
8 Amnesty International reported the following in relation to the events of July 15, 2016:
More than 115,000 of the 129,411 public sector workers—including academics, soldiers, police ofcers, teach- ers, and doctors—arbitrarily dismissed by emergency decree following the 2016 coup attempt remained barred from working in the public sector and were denied passports. Many workers and their families have experi- enced destitution as well as tremendous social stigma, having been listed in the executive decrees as having links to “terrorist orgarizations”. A commission of inquiry set up to review their appeals before they could seek judicial review, assessed 98,300 of the 126,300 applications it received and rejected 88,700 of them.
A law adopted in 2018 (Law No. 7145) that allows dismissal from public service to be extended for a fur- ther three years on the same vague grounds of alleged links to “terrorist organizations” was used by the Council of Judges and Prosecutors to dismiss at least 16 judges and 7 prosecutors during the year, further undermining the independence and integrity of the judicial system.
Amnesty International, Human Rights in Europe—Review of 2019—Turkey EUR 01/2098/2020, reprinted at, https://www.ecoi.net/en/document/2028219.html (original source no longer available).

'"The Club," whose first season woke the ghosts of Turkey’s Jewish community, turns its lens on Turkey’s Greek Orthodox Community and the pogroms of...
Read more