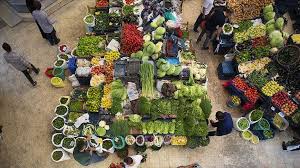 Monthly CPI came in at 0.97% in September.
In September, CPI increased by 0.97% compared to previous month, and remained below the expectations. The market’s CPI expectation for this period was 1.35%. The monthly rise in domestic PPI (D-PPI) reached its highest level since May 2019, with 2.65%.

Annual D-PPI inflation increased to 14.33%.
Annual CPI inflation continued its flat course since July and was realized at 11.75% in September. PPI inflation, which is accelerating since June, reached the highest level (14.33%) since July 2019.

Prices in education and clothing-footwear group decreased slightly on a monthly basis.
In September, prices in 10 out of the 12 main spending groups rose compared to the previous month, while a limited decrease was observed in education and clothing&footwear prices. In this period the transportation group, where prices rose by 1.84% mom due to the increase in the prices of motor cars, pulled inflation up by 29 basis points. The prices in furnishing group also increased rapidly by 3.02% mom, pulling inflation up by 23 basis points. The prices of food and non-alcoholic beverages, which increased by 0.66% in this period, contributed 15 basis points to monthly CPI inflation, while housing prices rose by 0.93% and contributed 13 basis points. Because of the extension of the tourism season, the rise in hotels, cafes and restaurants prices also made an upward contribution to the inflation by 6 basis points.

Basic metals and food prices made a high contribution to D-PPI inflation.
Analysis of sub-sectors revealed that basic metals group made the highest contribution to the monthly D-PPI inflation with 58 basis points, while the second highest contribution came from the food products sector with 40 basis points. On the other hand, coke and refined petroleum products sector, where prices decreased by 1.66%, was the only sub-sector that limited the monthly D-PPI inflation. Among the main industrial groups, intermediate and capital goods prices increased by 3.6% mom and 2.9% mom, respectively, while prices of durable goods rose by 2.6%.

Expectations…
The rise in FX rates since August and its reflection on producer prices may increase the risks on consumer inflation in the coming months. On the other hand, CBRT’s recent steps to tighten monetary policy may be a factor that balances these risks. The year-end inflation forecast is 10.5% in the New Economy Program announced in late September. Furthermore, the forecasts of the last Inflation Report of the year to be released by the CBRT at the end of this month will be significant in providing insights regarding the policies to be pursued in the coming period.IR_202009Download