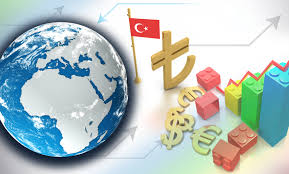 Global risk appetite has been deteriorated by the spread of the coronavirus outbreak outside China. Due to the growing coronavirus concerns, gold prices hit 7-year high, reaching 1,643 USD/ounce. Along with the receding global risk appetite, domestic markets focused on CBRT’s policy rate decision as well as geopolitical developments. In line with the market expectations, CBRT cut the policy rate by 50 bps to 10.75%.

As Chinese economy is expected to perform relatively weak in the first quarter of this year due to the negative effects of the coronavirus outbreak, The People’s Bank of China cut benchmark lending rate for 1-year from 4.15% to 4.05% and for 5-year from 4.80% to 4.75%. The spread of the outbreak beyond China raised concerns over global economic activity. February reading of manufacturing PMI dropped to 47.6 in Japan where economic growth had its worst performance for almost 6 years in the last quarter of 2019, contracting by 1.6% qoq. Hence, PMI fell to its lowest level since 2012.

Minutes of the Fed’s January meeting were published.

Minutes of the Fed meeting held on January 28-29, confirmed that the current monetary policy stance will be maintained. It was stated in the minutes that, the repo operations could be lifted gradually after April, while the threat of coronavirus that increased concerns about the global economy in the recent period would be closely monitored.

In the US, data on January PPI inflation and production came to the forefront. Annual PPI increased above expectations by 2.1%, reaching its highest level since May 2019. In January, retail sales rose in line with expectations with 0.3% on a monthly basis. However, the revision of the previous month’s growth rate from 0.5% to 0.2% was recorded as a negative development. In February, manufacturing PMI also came in slightly below expectations with 50.8. On the other hand, jobless claims continued to remain at their lowest levels of 50 years in the week ending February 15. The latest data releases pointed out that the US economy had a moderate start to the year.

The production cuts in China due to the coronavirus outbreak are expected to affect the global supply chains negatively which in turn could be a drag on the Euro area economy. Although the manufacturing industry PMI data for February increased from 47.9 to 49.1 in the region, it still remained below the 50 threshold level. In Germany, which has a high sensitivity to global trade, manufacturing PMI data came in at 47.8, exceeding the market expectations. But the figure still pointed to a weak performance in economic activity.

At the Monetary Policy Committee meeting last week, the CBRT lowered the policy interest rate by 50 basis points to 10.75%. While the Central Bank stated that inflation indicators followed a mild course, the current outlook is considered to be broadly in line with the year-end projections. In this context, CBRT emphasized that the latest rate cut was more measured than the previous ones while predicting that the recovery in economic activity would continue. The Central Bank also stated that the impact of protectionist trade policies and global factors such as coronavirus outbreak on Turkey’s economy would be closely followed.

Heightened concerns over coronavirus caused stronger demand for financial instruments that are considered as safe haven assets. Accordingly, gold prices rose to the highest level of 7 years with 1,643 USD/ounce.
During the week, while the risk appetite came under pressure on a global scale, geopolitical developments and the CBRT’s interest rate cut decision were followed in domestic markets. BIST-100 index decreased by 2.8% on a weekly basis whereas the compound interest rate of the 2-year benchmark bond increased by 4 basis points to 11.24%. USD/TRY completed the week at 6.09, rising by 0.7% wow. At the beginning of this week, geopolitical developments continued to weigh on domestic financial markets.
While global markets have a heavy data agenda this week, GDP growth data for the last quarter of 2019 stands out in domestic markets. Turkish economy is estimated to have grown by approximately 5% in Q4 of 2019 compared to the same period of the previous year.

For full report, please see below and attached file:wb_20200224Download

Carnegie Europe, June 28, 2021, Paul STRONSKI, image: AP Russia’s assertiveness in the Eastern Mediterranean is part of its broader strategy for undermining the cohesion of...
Read more