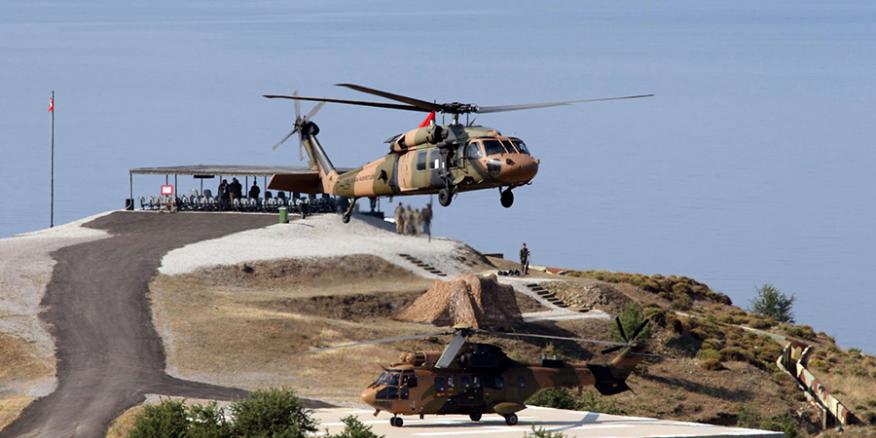 The incursion by the Turkish Armed Forces will take place with the “active participation” of the Kurdistan Democratic Party (KDP) in Iraq, ANF said, predominant party in Iraqi Kurdistan’s western Erbil and Duhok provinces that’s a Turkish ally.

Turkey regularly launch airstrikes into northern Iraq, where the outlawed Kurdistan Workers’ Party (PKK) has several bases, including its main headquarters in the Qandil mountains. An armed group that has fought for Kurdish autonomy in Turkey for almost four decades, the PKK is recognised as a terrorist organisation by the United States and the European Union.

Turkey’s latest attack is set to take place in the Kanîmasî area in Duhok on April 15, Firat reported, citing a KDP linked source.

« There will be an explosion that will kill three senior military officials. One of them will be an officer from the department in charge of the fight with PKK, another one will be in charge of the Zêrevanî unit,” one source told the agency, referring to the militarized police force of Iraq’s Kurdistan Regional Government.

A team from the Zêrevanî and the Turkish-trained KDP mercenary unit Roj-Peshmerga are currently stationed at the Binesalaw base, according to Fırat.

Turkey’s internal conflict with the PKK has resulted in as many as 40,000 casualties over nearly four decades. In recent years, fighting has increasingly shifted across the Iraqi border.

Earlier this month, Turkish warplanes bombed a mountain in view of students at a local primary school in Erbil province’s Barzan.