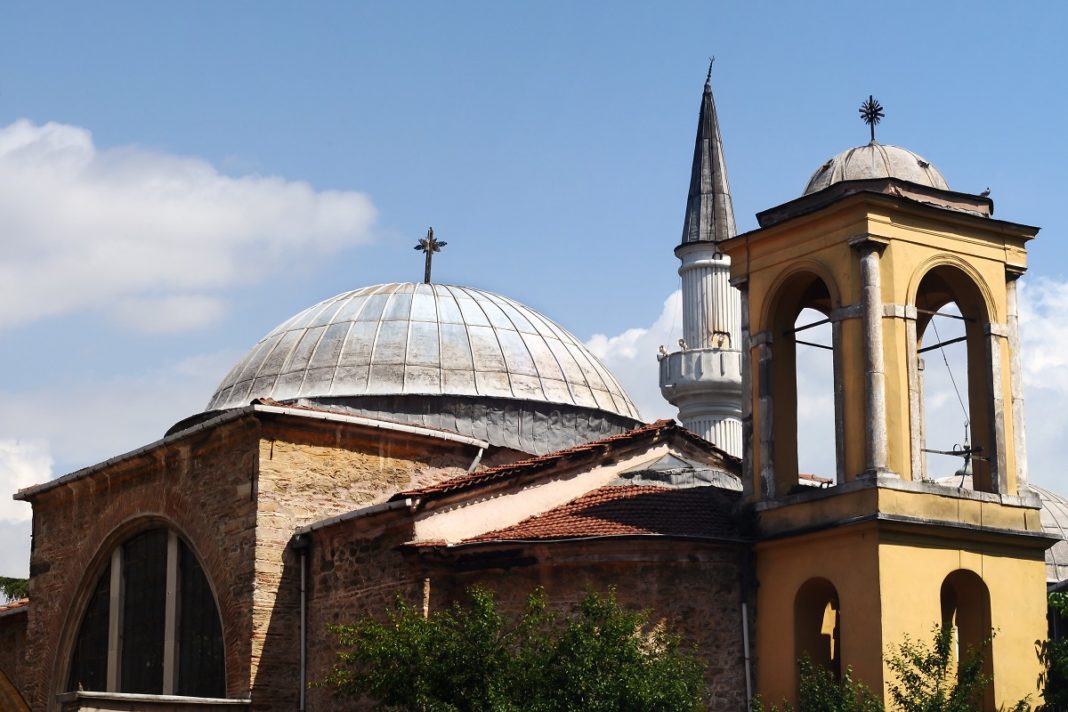 « Dozens of foreign Protestant missionaries have been forced to leave Turkey based on intelligence reports classifying them as security risks » reports Sibel Hurtas in Al-Monitor.

Nearly 200 foreign Protestant clergy and their families, including many Americans, have been forced to leave Turkey since a severe crisis between Ankara and Washington over the imprisonment of a US pastor in 2018. Members of Turkey’s tiny Protestant community describe a pattern of expulsions, based on secret reports by the National Intelligence Organization (MIT), with no explanation why the deported Protestants constitute a security risk for the country.

Thirty-five foreign Protestants were deported in 2019, 20 more in 2020 and another 13 in 2021, according to a report by the Association of Protestant Churches in Turkey, released last week. The missionaries left the country with their spouses and children, which brings the number to 185.

Soner Tufan, the spokesman of the association, told Al-Monitor that 28 Americans were among those expelled. Eight were nationals of the United Kingdom, another eight of South Korea, five of Latin American countries and the rest of other nations.

In August 2018, then US President Donald Trump slapped sanctions on Ankara over its refusal to free pastor Andrew Brunson, a native of North Carolina, who had served a small Protestant congregation in the western Turkish city of Izmir for more than two decades. The move sent the Turkish lira into a tailspin, and Brunson was finally released in October 2018 after two years behind bars on dubious terrorism charges, including links to the perpetrators of the failed coup in July 2016. His release has been followed by what appears to be a systematic drive to purge foreign Protestant missionaries in Turkey.

Most of the expulsions have been based on MIT reports under a procedure called Code N82 that bars foreigners from entering Turkey without prior permission. The designation may not constitute an outright ban, but “in practice, all persons who became subject to this procedure had their visa applications rejected afterward,” according to the report of the association. Another label, called Code G87, designates foreigners “a threat in terms of general security.” The designations have been used to bar Protestant missionaries from entering Turkey or deny residence permits to those already in the country and eventually deport them.

In lawsuits appealing such moves, the authorities defend their decisions by citing MIT reports. But no concrete reasons are offered as to why the designated individuals are considered dangerous, with the MIT using the shield of secrecy, members of the Protestant community and their lawyers say.

US citizen Ken Wiest, who had lived in Turkey for 33 years, has launched a legal battle against his abrupt banishment from the country, but with little success so far. Wiest, his American wife and three children were living in Ankara when they decided to visit relatives in the United States in June 2019, as they did every year. Shortly before their plane was to take off, he was informed that he had an N82 designation and would not be allowed to enter Turkey again. “My whole life changed that day at the airport. … I couldn’t even say goodbye to my friends,” Wiest told Al-Monitor from Michigan, speaking in Turkish.

Wiest’s wife was able to return to Turkey to collect some of the family’s belongings and sell others. “We started a new life from scratch here,” he said. “I feel a big pain, a very deep sadness and a bit of anger,” he added, but not without noting that his faith led him to accept his ordeal as the will of God.

Soon after the rejection, the pastor’s wife received a notice giving her 10 days to leave Turkey. The couple refused to separate and ignored the notice. They have continued to live in Turkey, keeping a low profile. “Many people have left,” the pastor said. “We have nowhere to go.”

In both cases, the local courts rejected the appeals of the plaintiffs on the grounds of the MIT reports, even though they were not presented in court. Wiest has taken his case to the European Court of Human Rights, while the pastor’s wife is awaiting the judgment of Turkey’s Constitutional Court, her last legal recourse in the country.

“We are in no way a threat to Turkey’s security,” the pastor said. “We are subjected to this treatment just because we are Christians. We argued at the Constitutional Court that this is a violation of freedom of religion.”

Orhan Kemal Cengiz, the attorney of both Wiest and the pastor’s wife, told Al-Monitor, “We have failed to obtain results through domestic legal recourses. The state’s defense has been classic — the use of sovereignty powers. The most critical point here is that the MIT reports were not put in the court files.” Cengiz has lost hope of a solution domestically. “The solution will be at the European Court of Human Rights,” he said.

The deportations have put the entire Protestant community under pressure and emotional stress. “Many of those [foreign] people have lived in our country for many years, together with their families. They have no criminal records or have not faced any investigation or conviction,” Tufan said. “When a family member is barred from entering the country without prior permission, this [affects] the unity of the family and all family members face a big chaos,” he added.

Another important negative impact is on the training of Protestant clergy. “Turkey’s existing laws have not allowed for training Christian clergy or opening schools for the religious education of community members, even though the right to train clergy is a linchpin of the freedom of faith,” Tufan said.

The Protestant community, he explained, has relied heavily on master-apprentice relationships, holding seminars at home, sending students to training abroad and getting help from foreign clergy. “Due to the deportations, many congregations have been left in a very difficult situation. The need for clergy is increasing,” he added.

Are the expulsions Turkey’s revenge for the Brunson affair? It is hard to say. Non-Muslim minorities have traditionally been viewed with suspicion in Turkey. Unlike Jews and Orthodox Greeks and Armenians, Protestants were not accorded formal minority status under the 1923 Lausanne Treaty that laid the foundations of modern Turkey. The Protestant community has long faced pressure, with missionaries often associated with espionage, though Turkish law does not ban proselytizing. That the pressure has now escalated to outright expulsions is an alarming sign with respect to the religious freedoms of non-Muslims in the country.